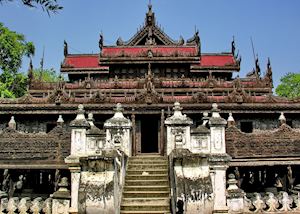 The royal family were great patrons of finely crafted goods, and Mandalay has long been a focal point for art and handicrafts. The workshops are open to visitors, where you can see hunks of marble being sculpted into Buddha, the fine carving of teak wall panels, and families who still practice the age-old art of Burmese puppetry. Visit a gold-leaf workshop and you’ll see the gold being manually hammered into fine sheets. 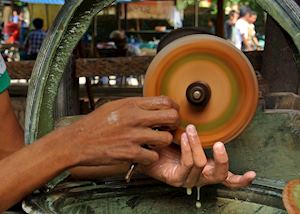 Much of the gold leaf is also used to make jewelry, which you can see in Mandalay’s many markets. The Jade Market is the largest of its kind in Myanmar, and inside you’ll find traders haggling over and hawking their wares while craftspeople cut and polish the jade.

Our itineraries will give you suggestions for what is possible when you travel in Mandalay, and they showcase routes we know work particularly well. Treat them as inspiration, because your trip will be created uniquely by one of our specialists. 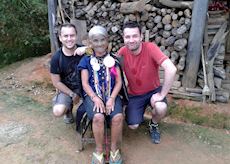