Outdoors in Europe: Taking to the water

From the storm-grey waves of the Greenland Sea to the temperamental currents of the Atlantic Ocean to the shockingly turquoise coves of the Mediterranean, Europe’s coastline offers a wild variety of seascapes for you to enjoy. Inland, you’ll find glacier-fed lakes, wild rivers and fantastical waterfalls.

We asked our specialists to suggest some activities that will let you enjoy the wealth of waterways across the continent. They responded with a wide range, whether you want to plunge right into the water or merely admire its beauty from the shore. It’s easy to add any of these suggestions to any European itinerary. 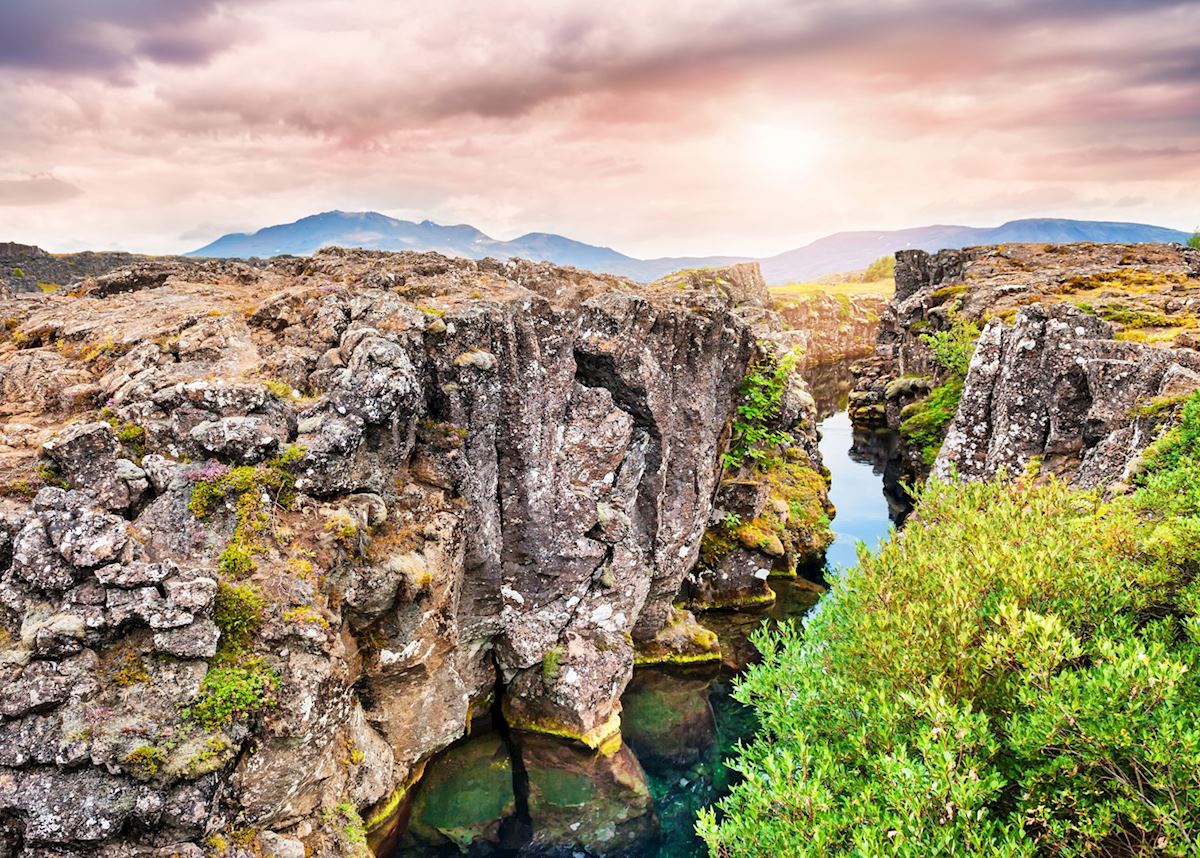 In Silfra fissure, troll hair algae seems to vibrate an electric green under the sunlight that streams through the improbably clear water. It’s one of the few things that can grow in the just-barely-above-freezing meltwater that comes from Langjökull Glacier.

Located in Iceland’s Þingvellir National Park, Silfra is the only place in the world where you can snorkel right above a divergent fissure between tectonic plates. The abstract theory of continental drift becomes suddenly and shockingly real just a few feet from your nose, as you float gently along above a deep fissure, led by an expert guide.

We can arrange for you to share the same surreal experience, but I offer a note of caution: the process of getting suited up in a thick neoprene dry suit is slightly claustrophobic, and the water numbs your face and hands in mere seconds, though the rest of you is toasty warm.

Learn more: Things to do in Iceland
Also: Zodiac tour of a glacial lagoon in Jökulsárlón

Portugal: whale-watching off the Azores 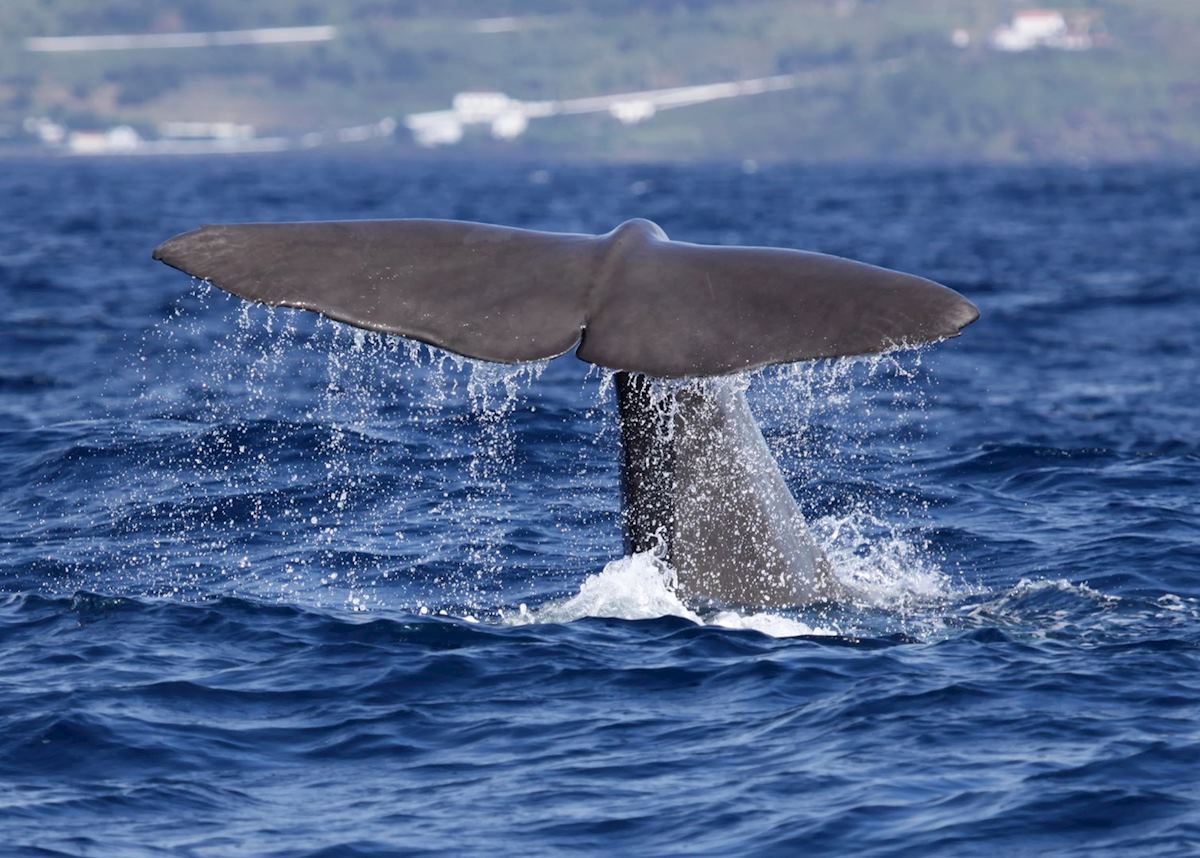 The rich waters off the Azores teem with cetaceans, from barnacled humpbacks to sleek orcas, and you can see dolphins almost everywhere. However, the best place for you to see sperm whales is in the Atlantic Ocean off Pico, where the waters are deep enough for the enormous mammals to dive down in search of squid.

I learned all of this from my whale-watching guide, Norberto. With his sun-weathered face and a fully bushy white beard, he seemed like he’d just stepped out of a boys’ adventure novel. He was driving the bright-red Zodiac boat that seated just a dozen passengers, the salt spray whipping in my face as he sped out to where the spotters had sighted a small pod earlier in the morning.

There in the distance (mandated by law to avoid stressing the whales), I could make out several charcoal-grey sperm whales breaching over the dark waves. It was easy to pick out the calf because it was so much smaller than the others… if larger than our boat. The baby, Norberto explained, was being watched by a babysitter while the mother dove for food.

Learn more: Things to do in Portugal
Also: Whale-watching and sea angling off Hauganes 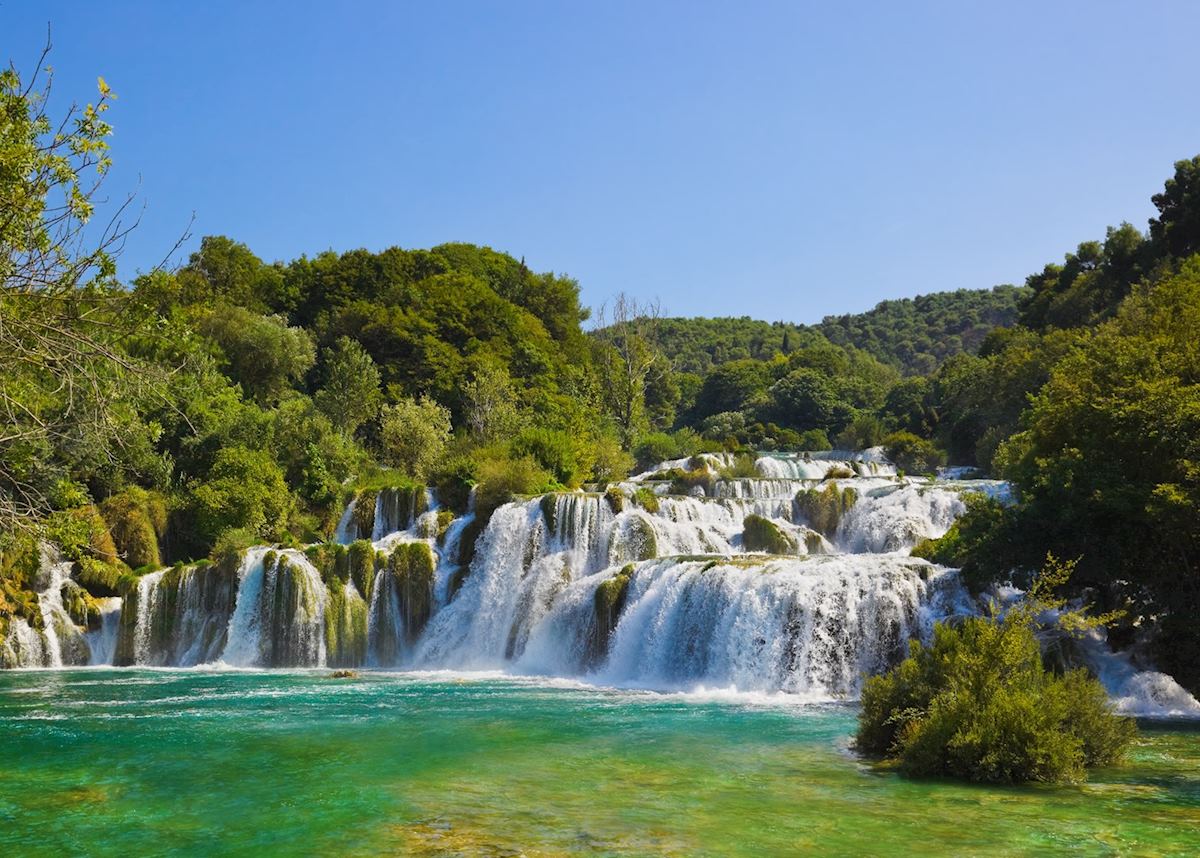 Dotted with emerald-green pools, Krka National Park is a karst landscape that’s been riven by the Krka River into a deep gorge. You can take an easy walk into the leafy green depths of the park on a series of well-maintained paths and boardwalks to the undeniable highlight: Skradinski buk.

Stretching the length of eight football fields, Skradinski buk is a series of silvery, splashing waterfalls that plummet down cliffs into a deep rocky pool. I last visited on a warm summer day and cooled off after my not-at-all-strenuous walk by joining others who were bathing there. Visitors are restricted to just a few areas, while locals are allowed to kayak deeper into the park.

The park is just an hour from Split, making it easier to reach than its better-known sibling, Plitvice Lakes National Park. Additionally, swimming is forbidden at Plitvice to protect that park’s delicate ecology.

Ireland: fly-fishing with a ghillie in Connemara 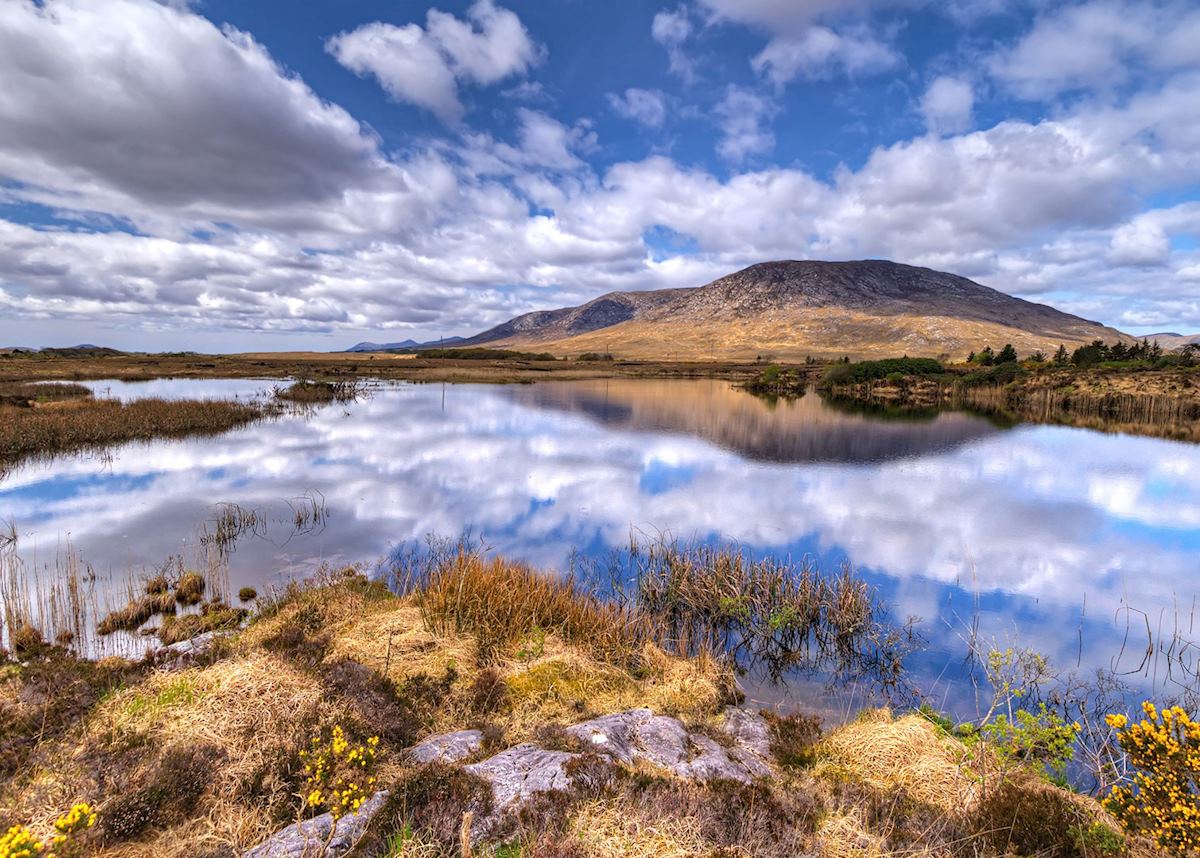 The salmon thrashed, erupting from the rippling dark surface of the river. My ghillie waded into the cold waters, helping me gently lift the fish up out of the water so I could admire its sleek, shimmering length for a brief moment. Then he lowered the fish back into the current, holding it loosely to let it reacclimate to the water before it darted back into the shadowy depths of the river with a sudden convulsion.

Fly fishing has a long tradition in Ireland, especially in wild Connemara, which is filled with salmon and trout fisheries nestled between Lough Carrib and the Atlantic Ocean. Ghillie is the local word for a fishing guide, who can help you find the best spots, suggest the right flies to get the fish to strike, and help you with your casting form (especially if you’re a rank amateur, like me).

Learn more: Things to do in Ireland
Also: Fly fishing with a ghillie in Scotland

Greece: kayaking to a ‘sunken city’ in the Peloponnese 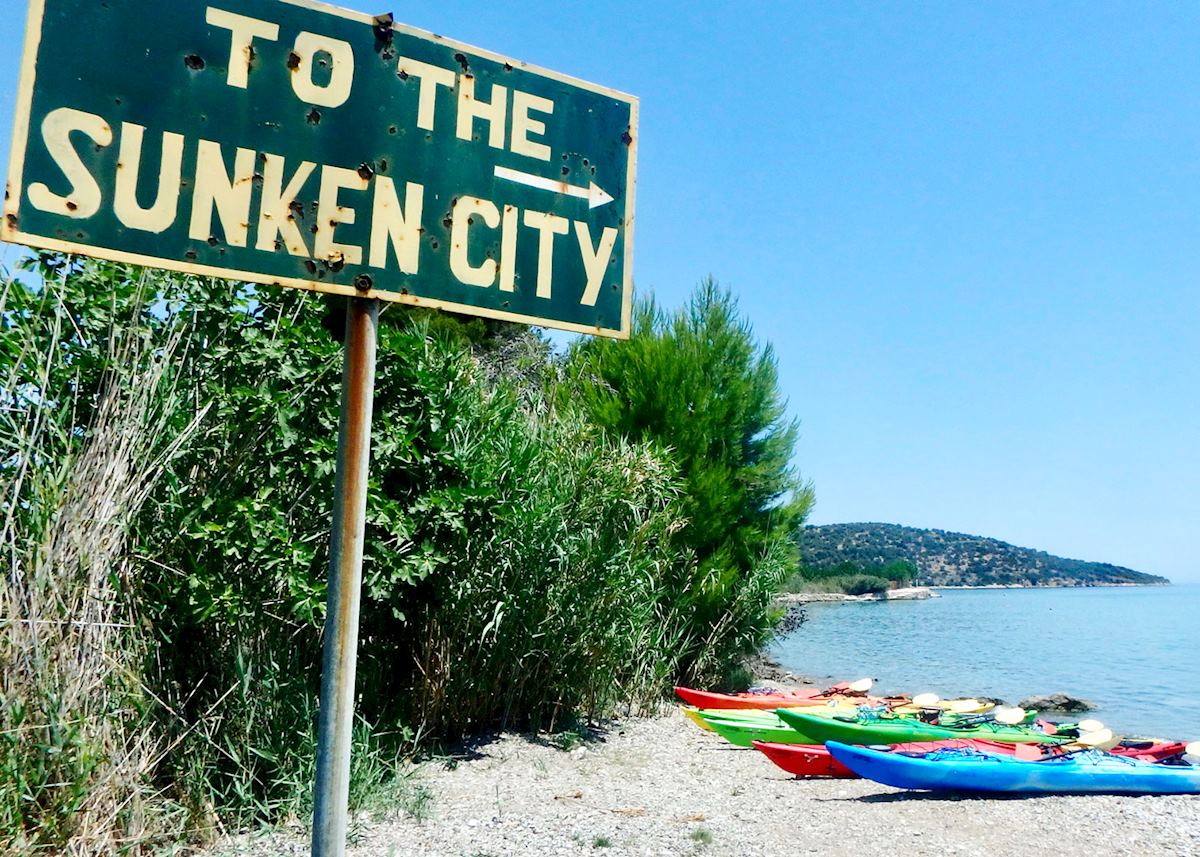 The ghostly outlines of several rooms were so well preserved that I could pick out individual bricks on the foundations as I snorkeled through the glass-clear waters of the Saronic Gulf. I could also make out the rounded belly of a shattered amphora, the curve of the ancient pot only slightly blurred over the millennia.

I was snorkeling off the Peloponnese, near the once-sacred temple complex of Epidavros. Despite multiple signs claiming to point the way to the ‘sunken city’, it’s not really a city, but simply a single, extensive villa. Despite that, I was captivated by the chance to investigate the submerged ruins from such an unusual perspective.

The stop at the underwater ruins is part of a kayaking trip along the Peloponnese coast, which is riddled with sharp cliffs, rocky inlets and hidden coves where you and your guide will be the only visitors.

Learn more: Things to do in Greece
Also: Kayaking in Furnas Lagoon, the Azores

Italy: a private boat around Capri 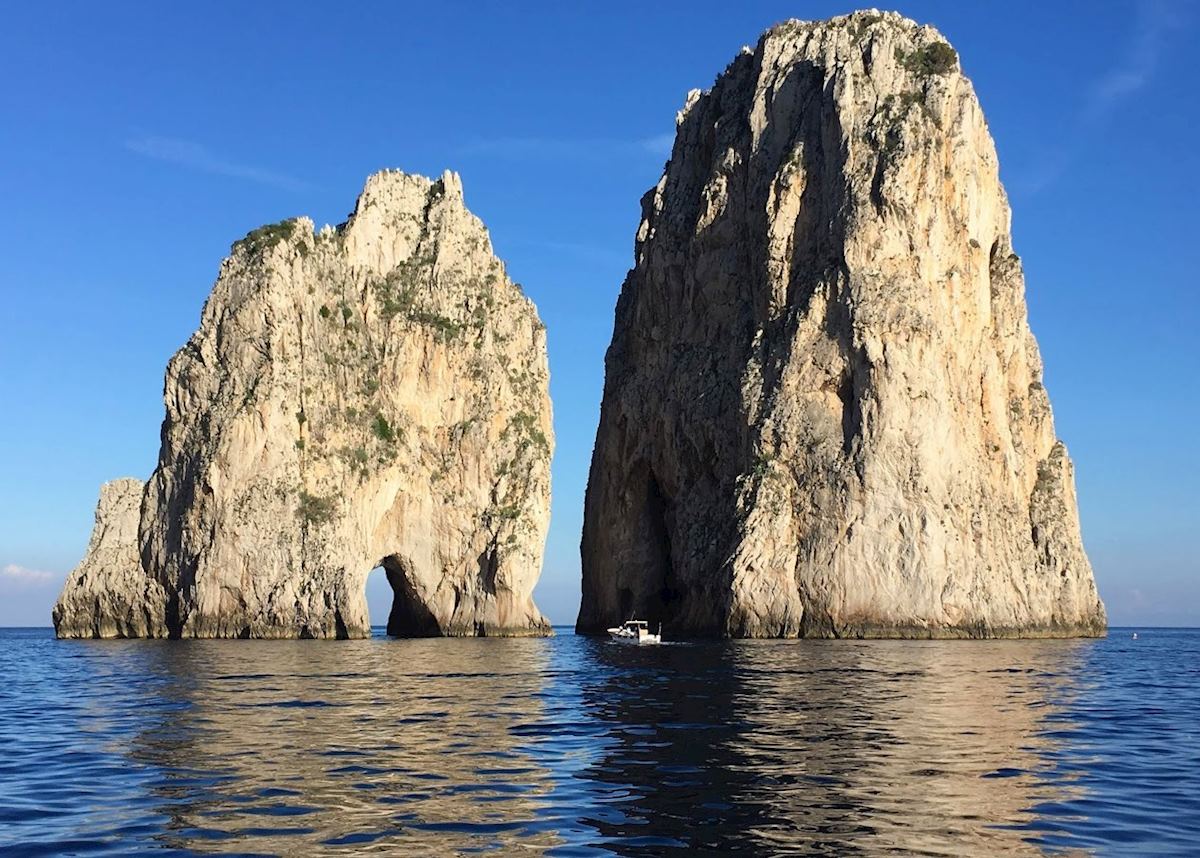 In Capri, steep cliffs jut up from impossibly blue sea and celebrities dock their yachts alongside chic villas or in secluded coves. Even on the glamorous Amalfi Coast, Capri stands out.

However, mobs of visitors can make it hard to appreciate all that natural splendour. That’s why I suggest making time for a private boat tour around the island.

You’ll have the boat for the whole day and the captain will follow your lead. Laze under the buttery Mediterranean sunshine as you watch the cliffs scroll by or dock in small inlets where you can swim without another soul in sight.

If you’re with your amore, local legend says you’ll be together forever if you kiss them as you sail through the arch in the middle rock of the Faraglioni, three limestone sea stacks off the coast.

The cruise will also bypass the popular Blue Grotto for its under-the-radar counterparts — the White, Red and Green grottoes — where you can enjoy the rock formations without the long lines or crowds.

Learn more: Things to do in Italy
Also: Take a private boat around Santorini 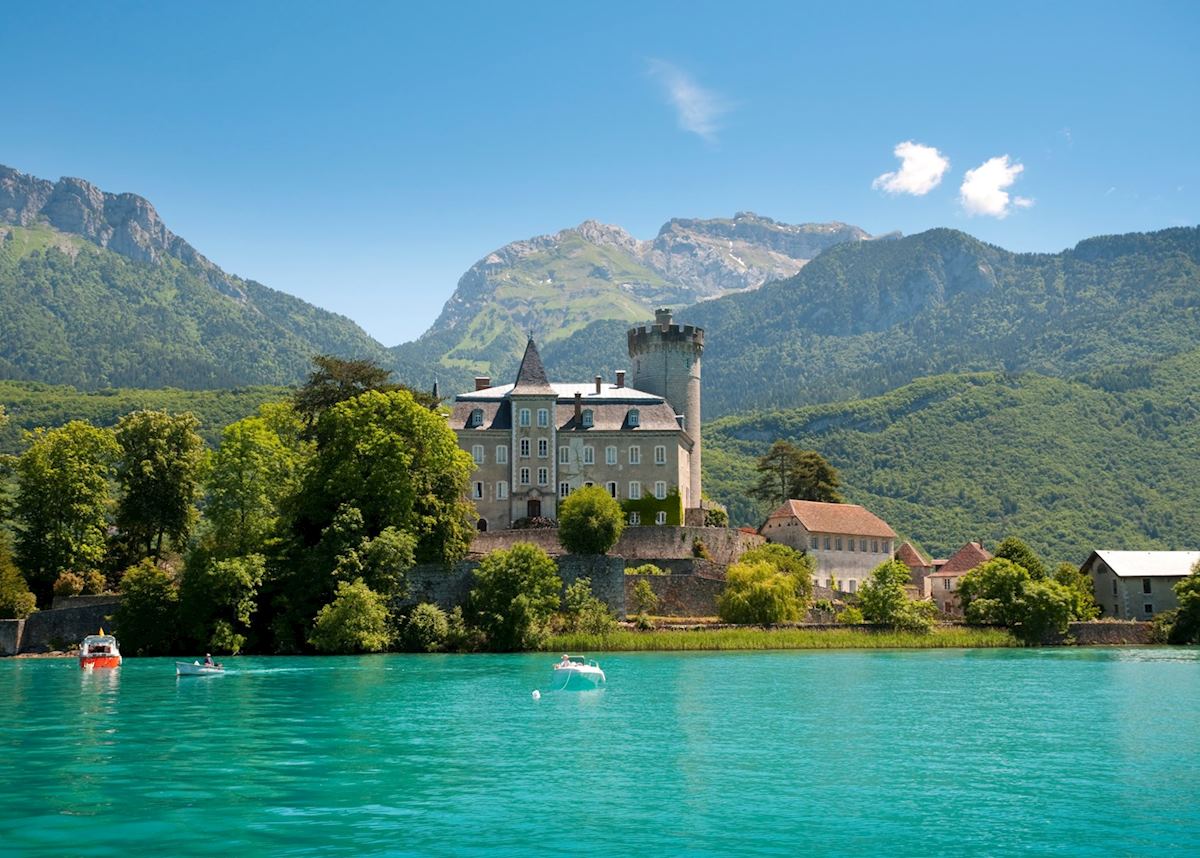 A glimmering sapphire lake nestled in the French Alps, Lake Annecy is said to have the cleanest, purest waters in Europe. In fact, only two fishermen a year are allowed to ply their trade on the lake, to help preserve its thriving ecosystem and the population of endemic fera fish.

Perched on the lake’s shore, Annecy is a medieval town laced by canals. All life here looks to the water — even the houses have two ‘front’ doors, one for the street and one for the canal.

You can easily while away four days here enjoying yourself on the water. Kayak or swim, paddle a canoe or pedal a rental boat, or cycle or hike around the lake. Or, do as I always do: simply lounge on one of the grassy banks, enjoying the view of the mountains reflected in the pure blue waters.

As lovely as Annecy is, I prefer to stay in nearby Talloires, a tranquil town with some of the best hotels in France, including L'Auberge du Père Bise.

Learn more: Things to do in France
Also: Visit Lake Como in Italy 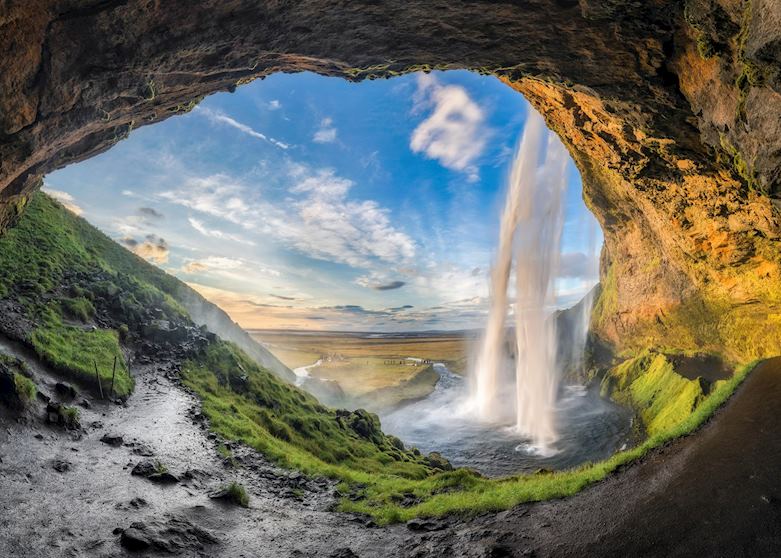 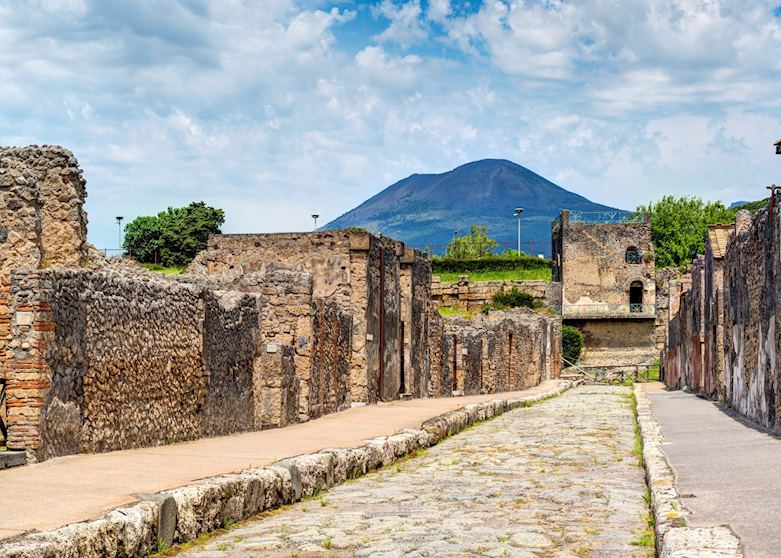 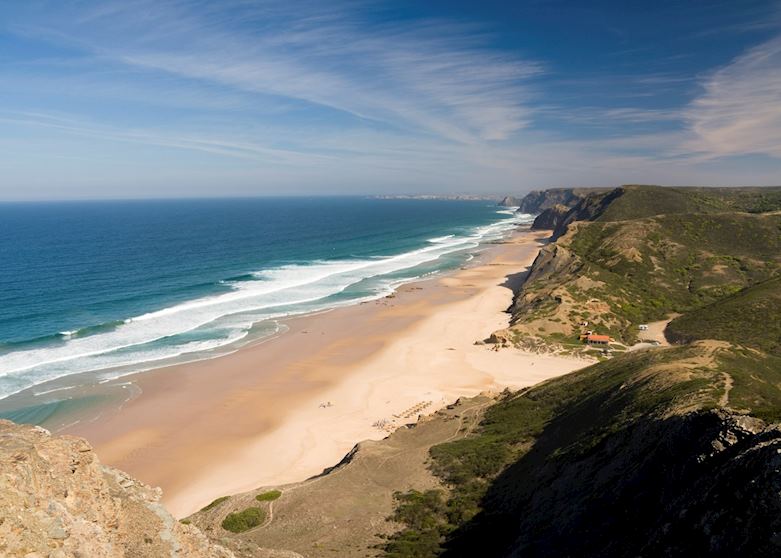 Lisbon, Évora and the Algarve