Flemish Baroque architecture, historic tunnels, and battlefields, all in Arras.

Located just 45 minutes south of Lille, Arras is an excellent staging ground for visiting the battlefields of the Somme. However, we suggest taking time to admire the attractions of this small, photogenic city. Its two market squares date back to Roman times, but the distinctive colonnades and Flemish Baroque architecture are modern recreations of 17th- and 18th-century construction. (Like much of the region, Arras was heavily bombed in the world wars.) You can also visit the city’s Gothic town hall. And, for many, the city’s most compelling sights lie underground.

Begun in the 9th century as a quarry and enlarged over the past millennium, the Boves are a sprawling network of caves and tunnels that honeycomb the stone under the city. Nearby, the Carrière Wellington is a similar network of chalk quarries built by New Zealand tunnelers during World War I. Tours of these cool, dark labyrinths can give you a glimpse into the city’s history.

Things to see and do in Arras

At the heart of the city are two ancient market squares — the magnificent Grand’ Place and the smaller, but just as distinctive, Place des Héros. More than 150 handsome yellow- or orange-brick buildings face the squares, all built in a distinctive Flemish-Spanish Baroque style, with sculpted details like bells, helmets, and sheaves of wheat. The nearly unbroken wall of façade is supported by 345 sandstone columns making a unified colonnade that is architecturally unique in France.

Though the houses were built in the 17th and 18th centuries, most of what you’ll see is, in fact, a recreation. World War I left deep scars on the landscape and many of the cities and towns, including Arras, were largely destroyed in the bombing. A walking tour of the city will include a history of these decorative squares.

Grand and Gothic, the Arras city hall overlooks the Grande Place. Like the surrounding square, it was rebuilt after bombing in 1914, but the façade is a faithful recreation of the original 15th- and 16th-century building, right down to the fanciful gargoyles and wrought-iron filigree on the doors. Look for a family of giants in the lobby and life-size murals depicting scenes from the city’s history.

The star of the show, however, is the 16th-century bell tower. Designated a UNESCO World Heritage Site, the belfry offers panoramic views of the city. Look for the statue of a lion holding a sun — the sun was added in tribute to the Sun King, Louis XIV, when he passed through the city.

‘Boves’ is an Old French word for a cave or tunnel created by quarrying, and the stone beneath Arras is riddled with miles of them. Les Boves were begun in the 9th century, when locals were cutting stone for churches and other construction. Over the centuries they’ve been expanded, enlarged, and repurposed as storage and wartime shelter.

Nearby, Les Boves connect to Carrière Wellington, or Wellington Quarry. This region of Les Boves was expanded and reinforced to be used as a base for the spring offensive in 1917. (Miners from New Zealand did the digging, hence the name.)

Tour of the Somme battlefield

Arras makes a good base for exploring the nearby battlefields of the Somme. The deadliest battle in British history, the Somme was a brutal, five-month slog of trench warfare. More than a million soldiers died or were wounded in the British and French push, which gained only 10 km (six miles) of land.

Today, the one-time front is still pockmarked with craters and the landscape still carved into trenches, now overgrown with grass. There are also many museums and memorials dedicated to the fallen. A private tour through this now-peaceful region can offer a glimpse into the massive human cost of the war.

Like much of France, Arras can be visited year-round. However, if you want to see the battlefields, we suggest planning your trip in the spring or autumn, when the weather is more likely to be comfortable for touring outside. 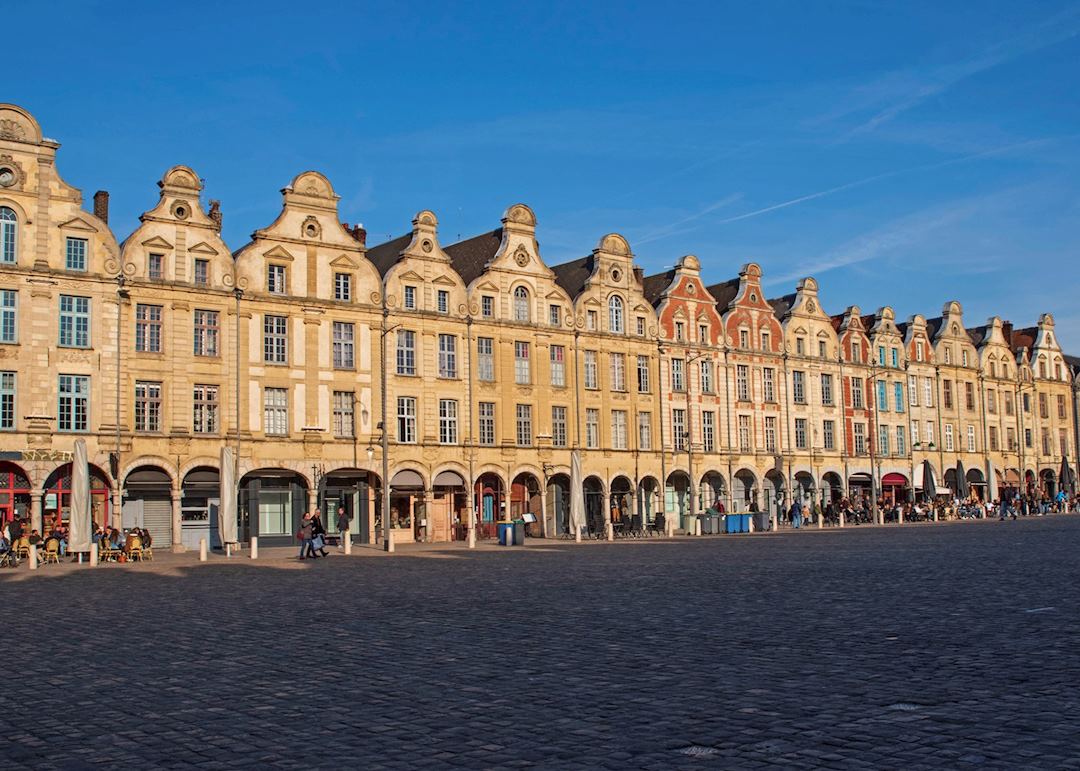 Start planning your trip to Arras

Our specialists seek out authentic ways to get to know the places that could feature in your trip. These activities reflect some of the experiences they've most enjoyed while visiting Arras, and which use the best local guides.