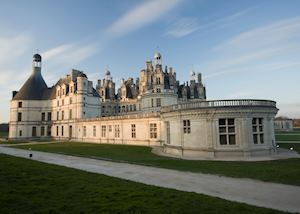 With more than 440 rooms, 85 staircases and 365 chimneys, it’s a gargantuan structure. Impossible to heat and too grand to feel homely, consecutive owners made attempts to make the palace more habitable, lowering ceilings in places, adding wooden paneling to dampen sounds and provide insulation, and creating smaller fireplaces within the massive originals.

This sample itinerary will give you an idea of what is possible when you travel in Château de Chambord, and showcases routes we know work particularly well. Treat this as inspiration, because your trip will be created uniquely by one of our specialists.