The camp is situated in Ol Pejeta Conservancy in central Kenya’s Laikipia region, right on the Equator. The conservancy is known for its rhino conservation and is home to more than 160 black and white rhino, as well as the last two northern white rhino on the planet. You’ll also see plenty of buffalo, elephant, cheetah and rare northern species including Grevy’s zebra and reticulated giraffe.

Our itineraries are there to spark ideas for how you could include a stay at Ol Pejeta Bush Camp as part of your trip. Treat them simply as suggestions, because every aspect of the trip we create for you will be yours to define.

Ol Pejeta Conservancy and nearby places 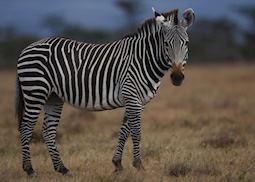