The finish line for South Africa’s Garden Route, driven west to east, Port Elizabeth sits on the western end of the Sunshine Coast, its wide sandy beaches lapped by the turquoise waves of the Indian Ocean.

The city primarily serves as a brief base or pass-through point en route to the Eastern Cape game reserves, or if you’re flying onward to other parts of South Africa. But, there are things to see and do in the ‘friendly city’ that are worth your while.

You could take boat trips to see bottlenose dolphins, whales and African penguins. A walking tour will introduce you to local artwork, and you can sit down to dinner in one of the many up-and-coming restaurants in Richmond Hill.

Port Elizabeth sits on Algoa Bay, which is known for its 20,000-strong bottlenose dolphin population. You can join a three-hour guided boat trip from the city’s port for close-up views of playful pods curling up out of the water.

The bay also provides a home for the world’s largest breeding colony of African penguins, which cluster along the shoreline. And, between August and December, you might also see orca and southern right, Bryde’s, minke and humpback whales breaching the waves.

For a beachside stroll, head to the upmarket suburb of Summerstrand, which has a generous stretch of sand and a laid-back feel.

A little livelier is Kings Beach. Every Sunday, the beachfront here is invigorated by market stalls selling handmade crafts, clothes and artwork.

We recommend a visit to the Donkin Reserve, a hilltop park with a lighthouse and views over the city and ocean. Next to the lighthouse, you’ll see a pyramid-shaped memorial to Elizabeth Donkin, the city’s namesake. She was the wife of the governor of the Cape Colony in the 1820s, Sir Rufane Donkin, who erected the monument to commemorate her after she died.

You can follow a heritage trail that leads between the monuments and artwork that dot the park. These form part of the wider Route 67 trail, which you can cover on a two-to-three-hour guided or self-guided walking tour.

The trail cuts across the city from the Campanile, where settlers first landed in 1820, to the large South African flag in the Donkin Reserve. It takes in a series of 67 works created by Eastern Cape artists — one for each year that Nelson Mandela dedicated to the country’s fight for freedom. Works vary from engraved poems to murals, sculptures and mosaic-covered stairs.

At the end of the day, head to Richmond Hill. This previously run-down suburb is known for its artisanal restaurants, some of which are housed in old Victorian homes.

The city enjoys a warm, sunny climate for most of the year. Visit between August and December for a chance to see migratory whales. If you’re combining time in Port Elizabeth with an Eastern Cape game reserve, you’re best to go during the dry season between September and April. 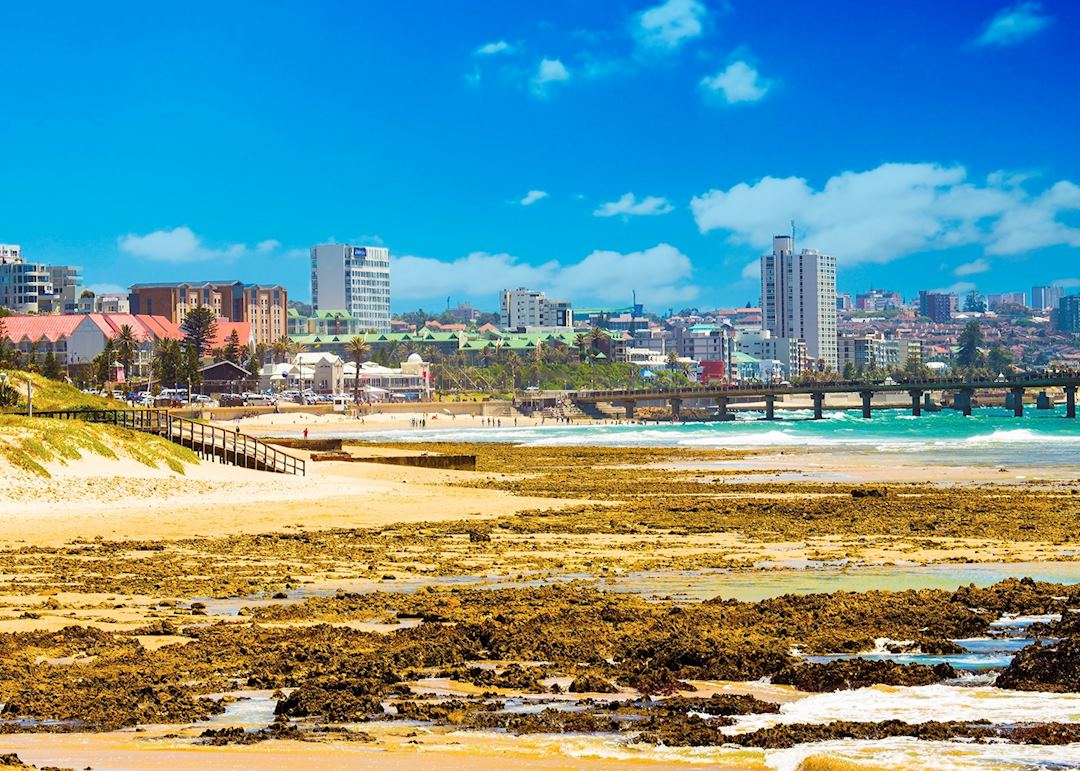