Arizona’s pleasures are outsized, from the red-rock mesa in Sedona and nostalgic roadside attractions along Route 66 to the Wild West tall tales of Tombstone and the ancient homes of the Ancestral Pueblo people. That’s to say nothing of the majesty of the Grand Canyon, which can only be measured on a geological scale.

Our specialists have explored the state extensively, seeing both the highlights and the less-visited sights. It means they’re well placed to build your Arizona holiday around your interests — they can suggest the best time to catch the Hatch chile harvest, share where to go for the best photos of the canyon, and arrange for you to take a horseback ride through the sun-baked desert.

You can find out about the state’s vast pre-Columbian history at the Heard Museum in Phoenix, visit a well-preserved 18th-century mission in Tucson and explore the later cowboy culture in Scottsdale’s Old Town. See the ridged and prickly namesake cacti of Saguaro National Park, take a 4x4 tour along the Sidewinder Trail though the arroyos in high country and discover the life and works of architect Frank Lloyd Wright, who spent his summers in the state for decades.

Places to visit in Arizona

Featuring heavily on our experiences of visiting Arizona, these selected places are destinations that also prove consistently popular with our travellers. Our specialists can help you choose how to include them in your wider trip, based on your preferences.

Our itineraries will give you suggestions for what is possible when you travel in Arizona, and they showcase routes we know work particularly well. Treat them as inspiration, because your trip will be created uniquely by one of our specialists.

Map view Places in and around Arizona

Places in and around Arizona

We’ve selected a range of accommodation options for when you visit Arizona. Our choices usually come recommended for their character, facilities and service or location. Our specialists always aim to suggest properties that match your preferences. 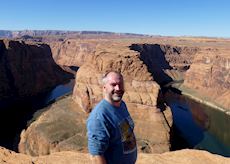