In 1676, after the burning of the fort at Jamestown, the small inland village of Middle Plantation became the new colonial capital and was soon renamed Williamsburg in honour of King William III. 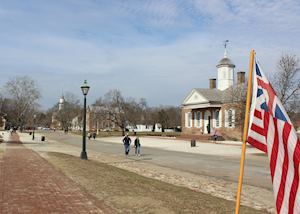 The city is centred on a wide, mile long avenue which is peppered with fine 18th-century buildings. The first and finest of these was the Capitol, constructed in 1704. It was soon followed by the 1716 Wren Building on the William and Mary College campus, and the 1720 Governor's Palace with adjoining Palace Green. Other notable buildings include the Bruton Parish Church, Courthouse, the octagonal Powder Magazine and Market Square Tavern.

A highlight of a visit is the magnificent Capitol lying at the end of Duke of Gloucester Street. As with many of Williamsburg's finest structures, the current building is a reconstruction of the original. When the American Revolution broke out the capital was moved to the more secure city of Richmond. Many of the original structures were intact but in poor condition when, in the 1920s, John D. Rockefeller offered to support the city's restoration. In total 88 of the 500 buildings are original while hundreds of other houses, shops and public buildings have been painstakingly researched, rebuilt and refitted with the authentic accoutrements of the day.

Today a one-day pass allows you to wander along the cobbled streets and the lush, green commons, listening to re-enactments of historic political events and exploring this car-free city at your own pace. 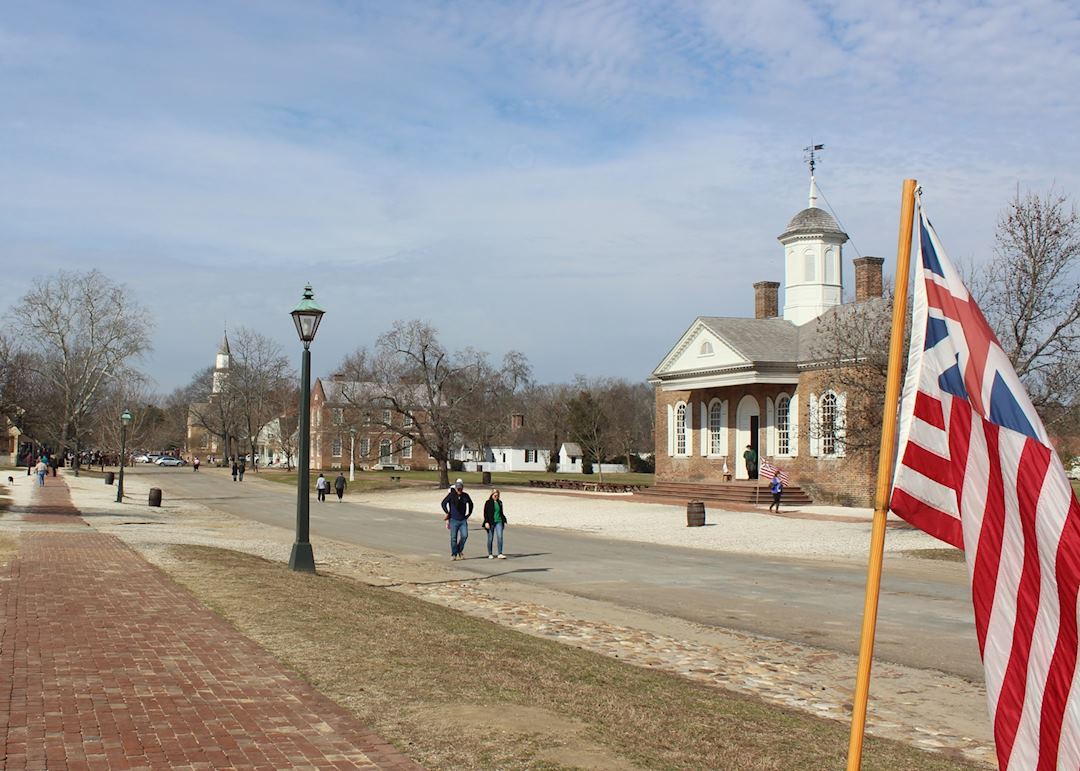