In Mexico, the past features very conspicuously in the present. Remnants of the sophisticated ancient civilisations that shaped the country litter its lush green fields; imposing colonial palaces and cathedrals adorn its cities and a rich tapestry of deeply-rooted beliefs are evident in its colourful festivals and traditions.

An excellent place to begin to gain an understanding of the different Mesoamerican cultures is the capital’s superb Anthropological Museum. It’s easy to get lost here exploring its vast collection of artefacts. The ground floor focuses on the native cultures and societies of Mexico before the Spanish conquest. The famous Aztec sun stone, a cosmological calendar, is only a small part of the fantastic collection of artwork from the indigenous population of Mexico. 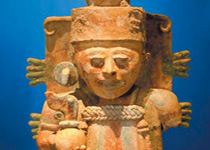 Other major highlights include a replica of the Aztec ruler Moctezuma's feathered headdress (the original is in Vienna); a stelae (a three metre tall column of stone) from Tula, near Mexico City; massive Olmec heads from Veracruz and vivid reproductions of Mayan murals in a reconstructed temple. A visit certainly helps to set the scene and paves the way for a visit to some of the country's many archaeological sites.

The ancient Toltec city of Teotihuacan is reached in little over an hour from Mexico City and shouldn't be missed. The Pyramid of the Sun is the third largest pyramid in the world and after the steep climb up you will be rewarded with a view over the Calle de los Muertos (Street of the Dead) which was originally four kilometres long and flanked by temples, grand palaces and platforms. 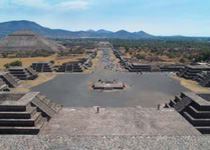 Excavations at Monte Albán have revealed over 170 tombs, numerous ceremonial altars, stelae, pyramids, and palaces. Compared to Teotihuacan, Monte Albán receives relatively few visitors so you can choose what time to visit but we usually favour a morning tour when the views can be clearer. 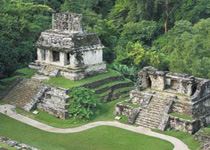 The Yucatán Peninsula is one of Mexico's most popular areas but we prefer to avoid the crowded and built up areas like Cancun. We recommend beach stays on the Mayan Riviera, a stretch of pristine white sand south of Cancun that runs parallel to the world’s second largest barrier reef. Hotels here are smaller and more authentic and apart from the beach and excellent water-based activities, the area is a hot spot for Maya ruins — the most famous of which is Chichén Itzá. 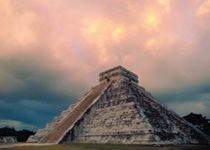