Over the past decade, a slew of luxury resorts has sprouted in certain areas of Mexico. Yet, I’ve found that real luxury in Mexico is much more about staying in characterful, locally owned boutique properties in superb locations – for example, these hotels are often situated in the most historic, picturesque areas of Mexico’s cities.

Do not expect polished five-star standards, but do expect stylish, traditional decor, a relaxed feel, and the kindness of strangers.

Luxury in Mexico also extends far beyond accommodation. It involves accessing authentic experiences that pass the average visitor by, whether that's developing a deeper understanding of an archaeological site, getting hands-on with Mexican culture during private guided tours, or even attending a syncretic church service.

Stay in the smart Polanco district in Mexico City

Your trip to Mexico will most likely start in its capital, and it’s worth spending a night or two here before venturing on to the provinces.

A pulsing, raucous metropolis, Mexico City can be overwhelming for first-timers, but the Polanco district is a well-heeled, cosmopolitan area paved with boutiques, street cafés and some of the city's best restaurants and nightlife.

It's also conveniently close to the main sights, within easy reach of the Zócalo (main square) and the world-class National Anthropological Museum, a multi-storied treasure trove of Pre-Hispanic artefacts. It also runs excellent tours to help visitors get a grasp on the complicated history of Mexico’s many indigenous peoples.

I recommend soaking up the atmosphere by staying in Las Alcobas, a chic, independent hotel. Its 35 tastefully minimalist rooms are decorated with contemporary Mexican artwork and its in-house restaurants promote indigenous recipes and organic produce.

Take a cookery class in Oaxaca 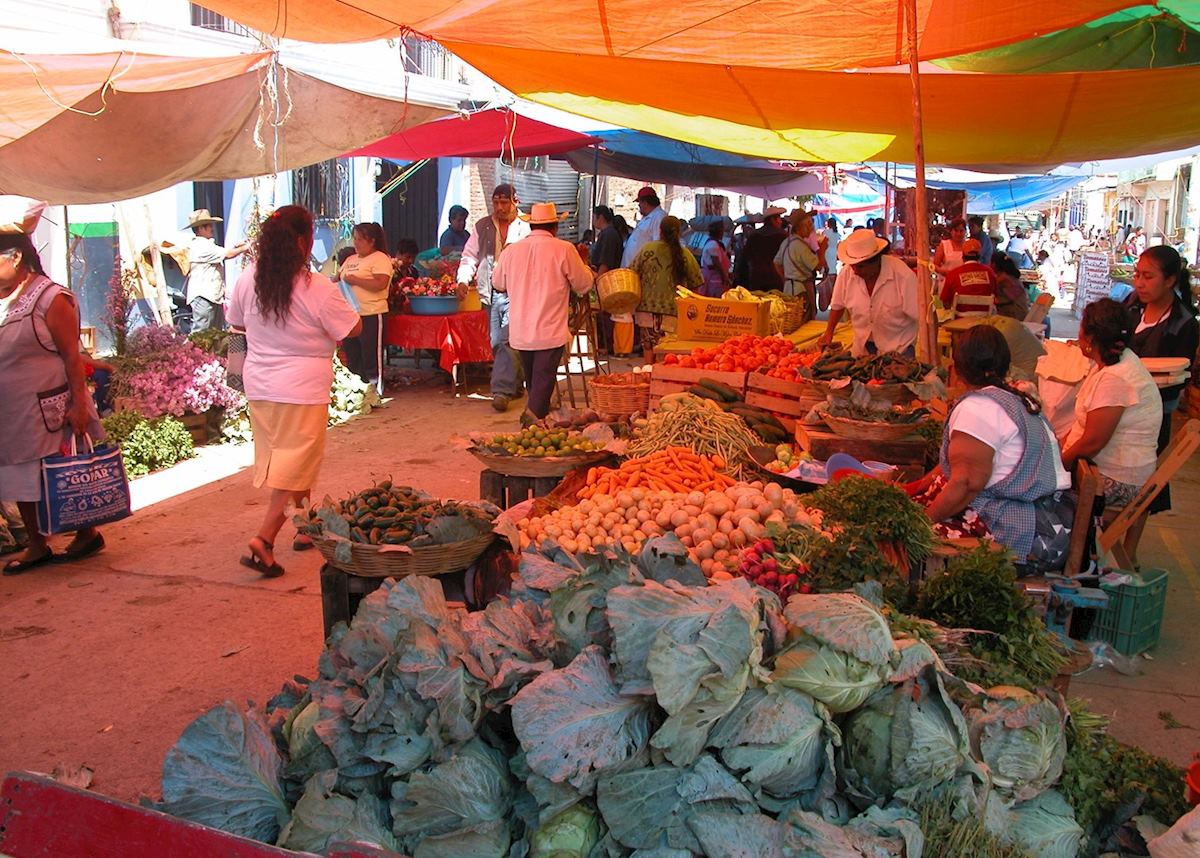 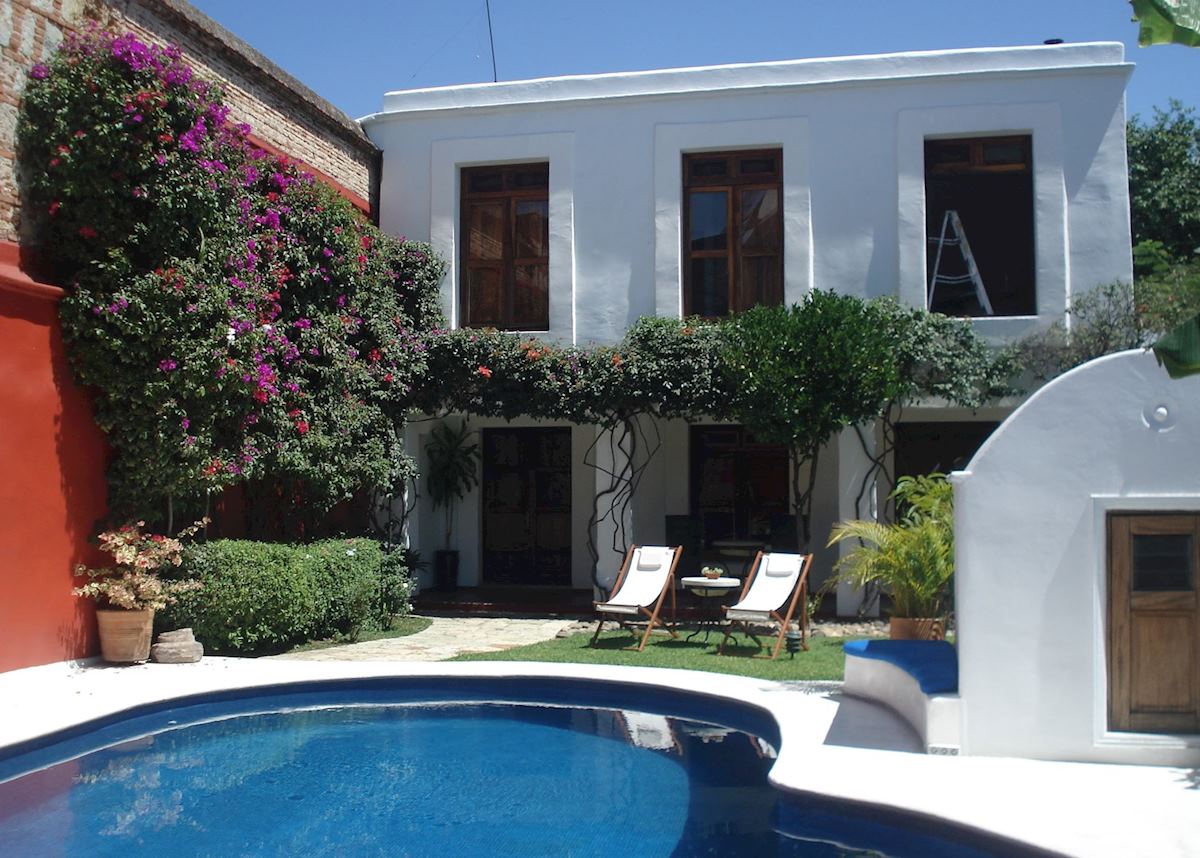 A six-hour drive or a short plane ride from Mexico City, the colonial town of Oaxaca is revered both nationally and internationally for its experimental, varied and delectable cuisine. It's perhaps best known for perfecting rich mole sauces, one of Mexico's national dishes. Oaxaca allegedly invented seven different types of mole.

Mole recipes are complex, with ingredients including several different types of chilli and chocolate, so it's a pretty extravagant dish to learn to cook from scratch. You can take a private cookery class in the kitchens of the Casa Oaxaca hotel, in which you'll tackle this culinary challenge under the guidance of a skilled chef.

Classes begin with a morning guided tour of the city's markets, an experience in itself. The smell of spices like freshly ground cumin hits your nostrils and the whole place is a cacophony of bartering between shoppers and stallholders.

You can stop for breakfast at one of the many stands, where you'll sit elbow to elbow with locals enjoying eggs and memelitas (masa patties). Your guide will know the best stallholders, who will urge you to sample their produce. Once you have explored the markets and bought your ingredients, you'll head to Casa Oaxaca to begin your lesson.

Cooking lessons aside, this tiny but sophisticated six-room hotel tops my list of places to stay in Oaxaca. A refuge close to the tree-shaded colonial streets, painted houses and lively plazas of the city's historic quarter, it has an outdoor pool and its interiors are decorated with vibrant local textiles.

Heading east from Oaxaca you gradually gain altitude to enter the district of Chiapas, an eight-hour transfer away. The conquistador town of San Cristóbal de la Casas is worthy of a visit in its own right, and I suggest spending an afternoon or two pottering around its winding cobbled streets, admiring its pastel-shaded colonial buildings and churches, and stepping into some of its many artisan shops.

But, for me, the real reason for coming to this part of the country is the chance to visit the town's surrounding villages, where pre-Hispanic traditions remain strong. You'll hear the soft shushing sounds of the Mayan language, still widely spoken in these communities.

If you wish, your guide will sensitively arrange for you to enter a local church. At first glance, the churches in villages such as Chamula and San Lorenzo de Zincantán look like weathered Catholic houses of worship. But, when I stepped inside them, I experienced the full, sensory force of the locals' Mayan and Catholic syncretic beliefs.

Pictures of saints adorned the walls, candles were blinking everywhere, people sat on the floor chanting, and shamans were performing rituals to heal afflicted children, as young boys set off fireworks.

San Cristóbal de la Casas has many excellent places to stay, but Guayaba Inn gets my vote. Situated in the town's traditional El Cerillo quarter, a ten-minute walk from the central zone, it's impeccably clean and has a pleasant patio surrounded by orchids. Rooms feature four-poster beds, spacious en suites and the owners’ artwork.

From Chiapas, you can continue northeast towards the Yucatán Peninsula and its plethora of Maya archaeological sites.

The drive from San Cristóbal de la Casas to the ruins at Palenque lasts around five hours, taking you from Chaiapas' highlands via pine forests and some startlingly bright blue waterfalls (the Aguas Azul) to finish in tropical jungle.

Palenque's setting is especially dramatic. It soars out of the dense jungle canopy, with birds shrieking and howler monkeys growling in the surrounding trees: nature seems to have reclaimed these ruins.

Whichever ruins you choose to visit in Mexico, I strongly advise you go with a guide. Palenque has a lot of Maya carved stonework that is miraculously still intact, but often indecipherable to non-experts. It's one of the few sites where you are still able to climb the ruins, so your guide can really help you to explore them in depth. 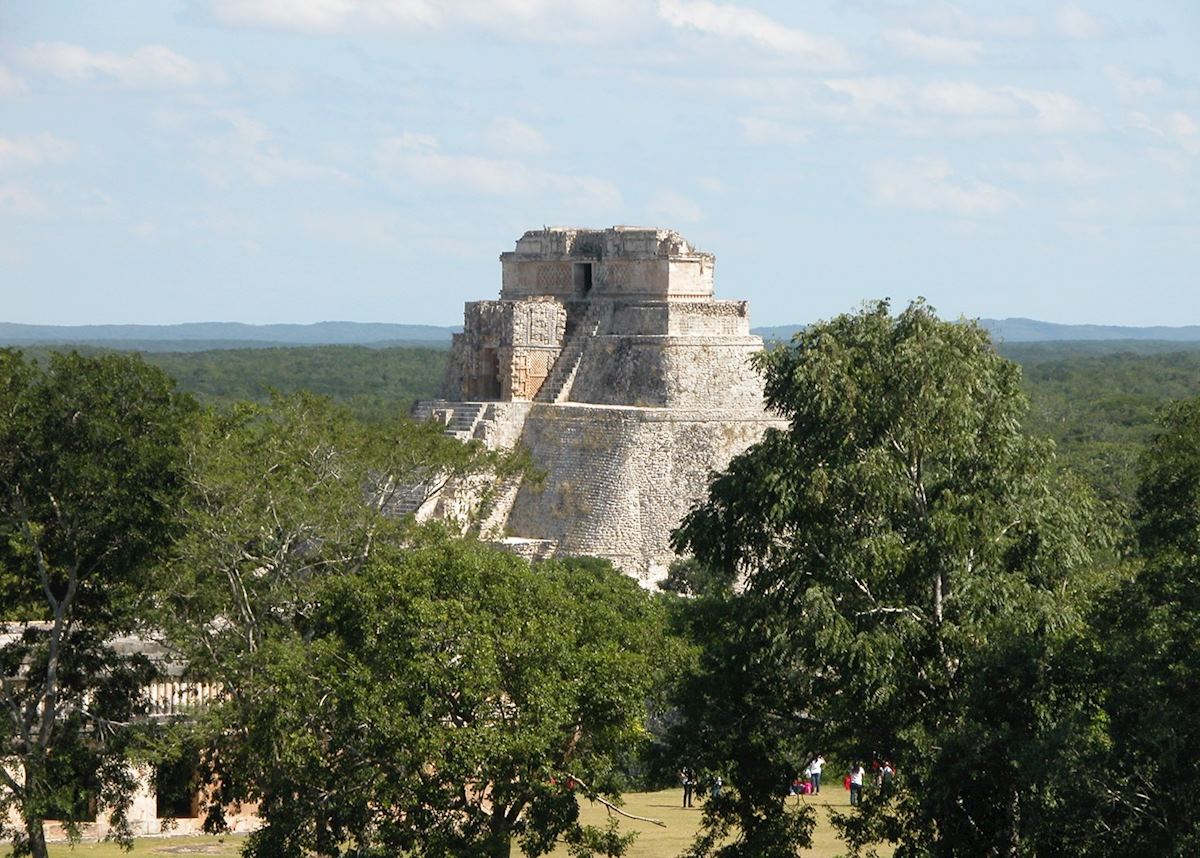 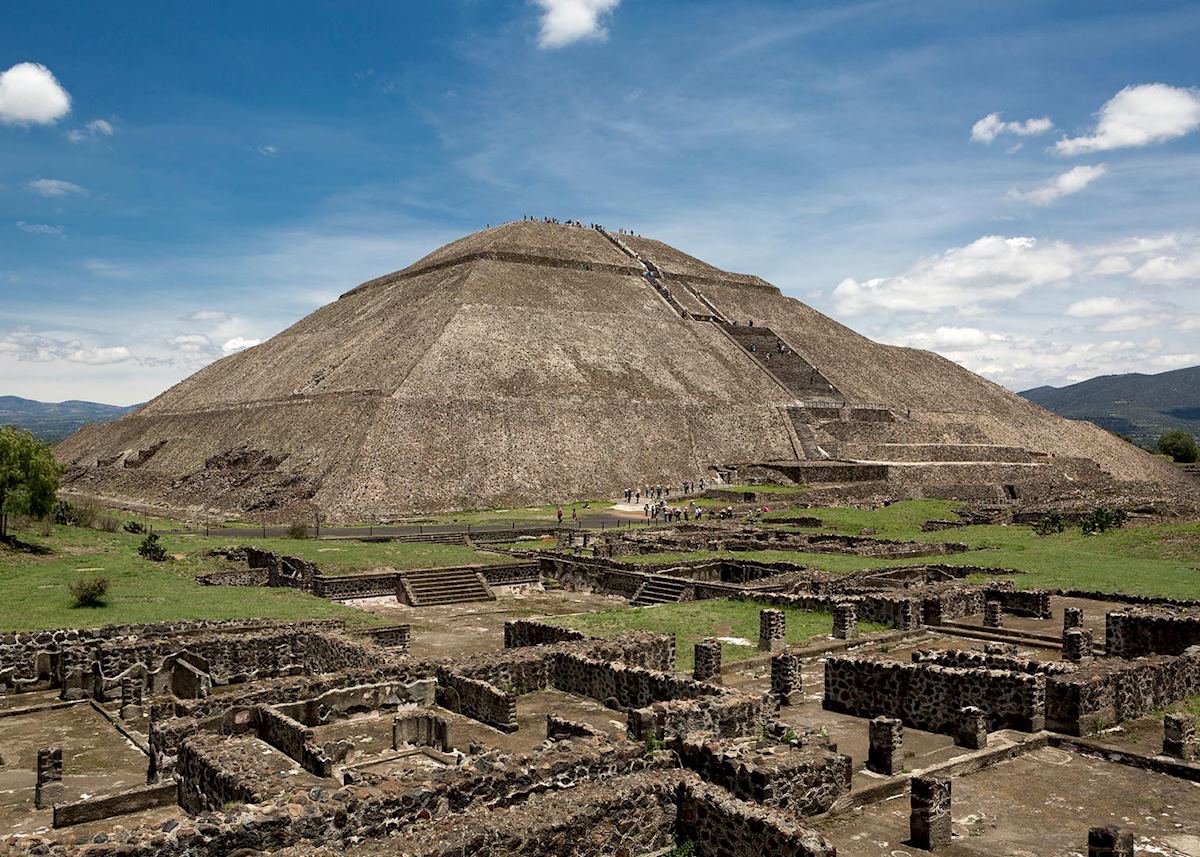 Teotihuacán Pyramid of the Sun

Though I strongly recommend Palenque, my preferred Maya site is actually Uxmal, closer to Mérida. On its yellow sandstone structures, my guide was able to point out the representations of the much-worshipped rain god Chaac (often depicted with a huge hooked nose). She also explained the legends surrounding the round-sided Pyramid of the Magician (one theory is that it was named after a magician-god who supposedly built the edifice in a single night), which in fact consists of five nested temples.

It's possible to visit the Giza-like pyramids of Teotihuacán as a day trip from Mexico City. The site is often mistaken to be Aztec in origin, and was later inhabited by that civilisation.

Its Pyramids of the Sun and Moon can be scaled by anyone of reasonable fitness. I joined a long queue of locals shuffling their way up to the top. It was a Sunday, the day when Mexican citizens get free entry to all national monuments, and looking across the site, I saw families picnicking and playing, enjoying a day out.

Stay in a restored hacienda near Mérida 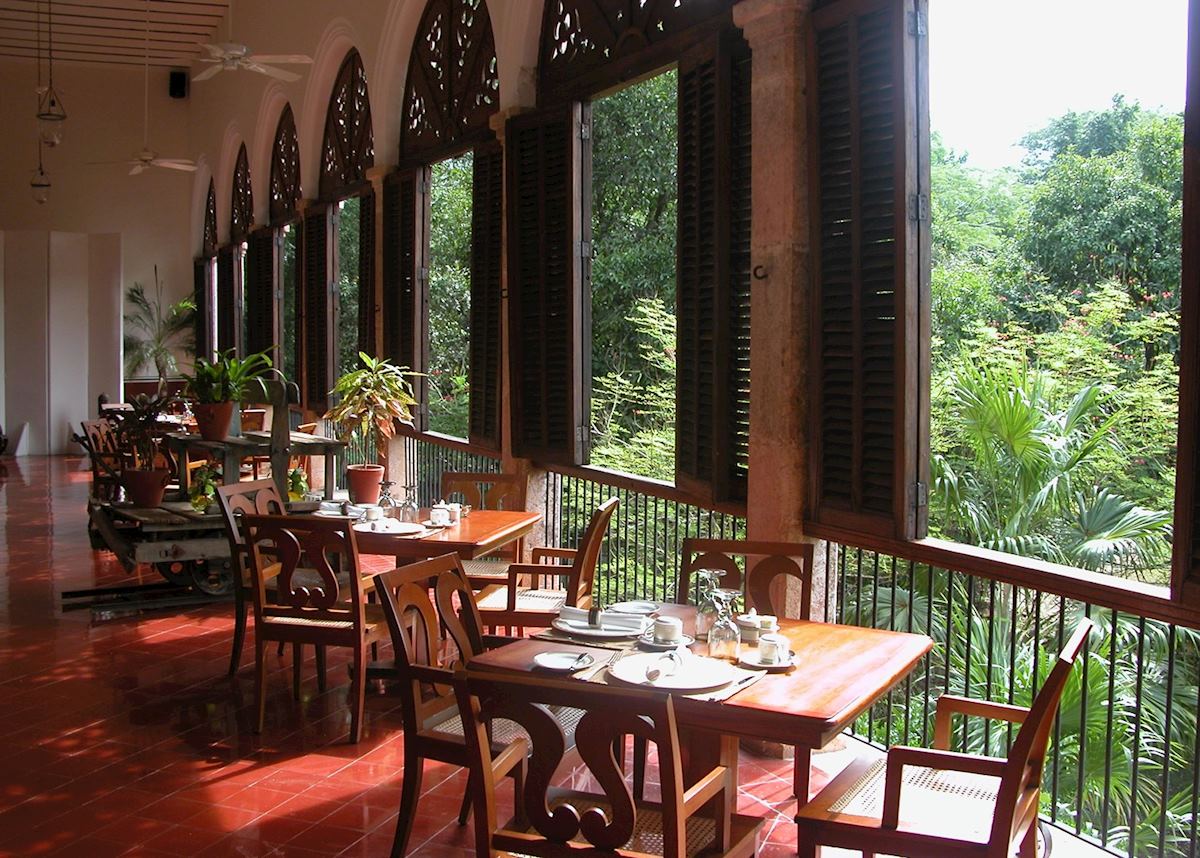 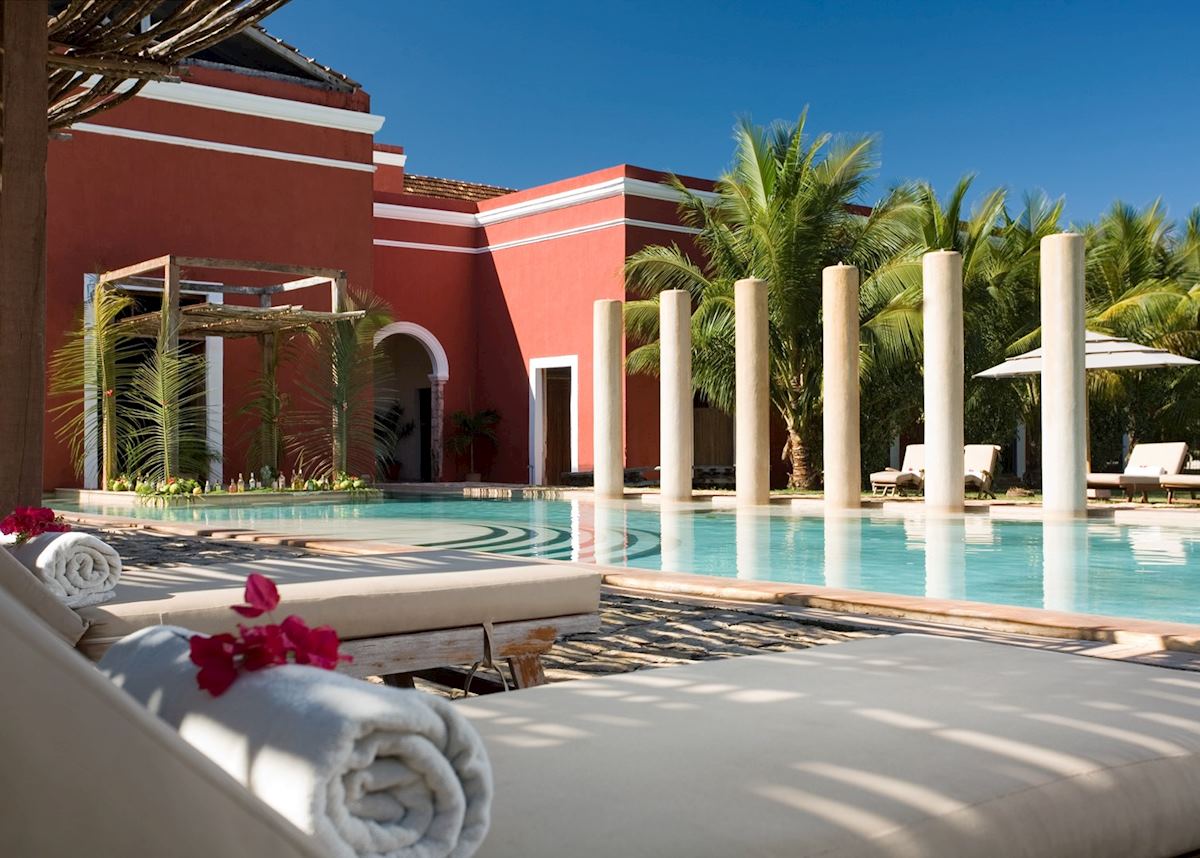 For a relaxing experience and a taste of rural Mexicana, I'd opt to stay in one of the traditional haciendas (plantation estates) in the countryside surrounding Mérida, capital of the Yucatán.

One of the best is Hacienda Temozon, close to the ruins at Uxmal. It has been transformed into a sophisticated, upmarket hotel that is still true to its origins as a working ranch. I loved its swimming pools, its candlelit underground spa, and the rustic furnishings of its high-ceilinged interiors. You can wander its grounds and orange fields to see more evidence of its past, including a 17th century church and the remains of rope-making machinery.

Mérida is around 39km (24 miles) away by car. Slightly sleepy by day, this colonial city is best visited in the evening, when it roars into life. Whenever I've visited there has always been something going on at night, such as outdoor concerts, Jarana dancing (traditional Yucatecan celebratory folk dance) or a local food festival.

Temple of the Warriors, Chichén Itzá

This is one of the most exclusive experiences on offer in Mexico. But if you wish to push the boat out, it's a particularly fitting way to see one of the New 7 Wonders of the World – for two reasons.

One: Chichén Itzá is usually swarming with crowds, unless you visit very early. Two: given that you are no longer allowed to climb the edifices, most visitors miss out on an important aspect to Chichén Itzá.

Getting a bird's eye view of the site lets you see how its layout is deliberate and immaculately well-designed. You can see the sacbe, the white limestone ceremonial causeway leading from El Castillo, the central stepped pyramid, to the gaping Sacred Cenote (sinkhole), and how the site is situated between it and the Xtoloc Cenote to the south.

The Maya are thought to have considered cenotes as their connection to the underworld. From the air, Maya cosmology is much more vivid: you can imagine how the feathered serpent god Kukulkán could descend to earth from El Castillo, slither down the sacbe and descend into the afterlife of the cenote. (At the equinoxes, the late afternoon sun falling on El Castillo creates the optical illusion of a snake crawling down the side of the pyramid.)

Helicopter trips can be arranged from most places, including the beach hotels on the Mayan Riviera. Although this stretch of coast is notorious for its large chain hotels, there are less commercial properties that are ideal for a few days of relaxation.

I like Esencia near Playa del Carmen, a restored mansion that originally belonged to an Italian duchess. It maintains its air of old-world elegance with leafy, sprawling gardens and a private beach.

A note on booking

If you wish to travel in Mexico's peak season (December to February), which enjoys the best weather, you will need to book your preferred accommodation as far in advance as possible. The properties I've mentioned here often have a very small number of rooms, and so quickly become full. 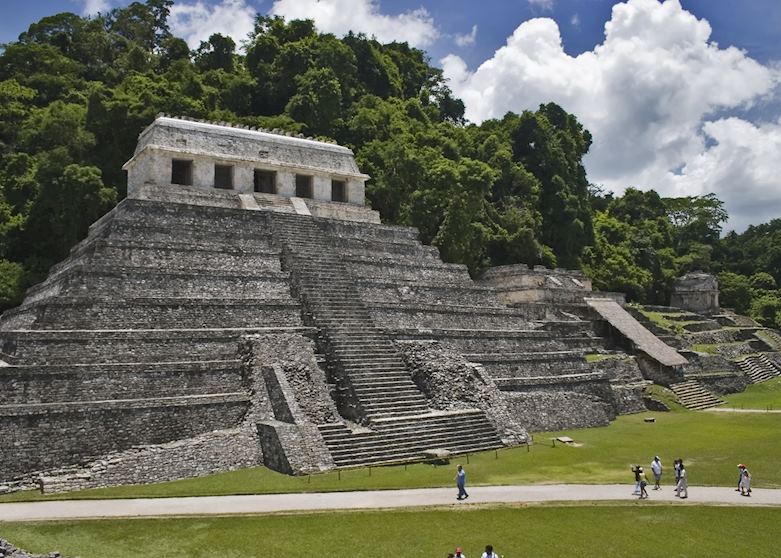