From stunning scenery to incredible wildlife experiences, travelling to the ends of the earth is sure to be a trip you'll never forget

We do not believe that it is an exaggeration to say that a trip to either Polar region is the trip of a lifetime. We also believe that going to one end will, almost inevitably, pull you to the other in a quest for further isolation, untouched beauty and incredible wildlife. We know this not only because we have experienced this pull ourselves, but because we have now sent so many Audley travellers both north and south. It therefore seemed time to produce a dedicated brochure, so we are proud to launch our first ever ‘Polar Expedition Cruising’ brochure, featuring incredible journeys in Antarctica and the Arctic.

We would like to introduce you to these stunning places, and share a few of our own favourite Polar moments. 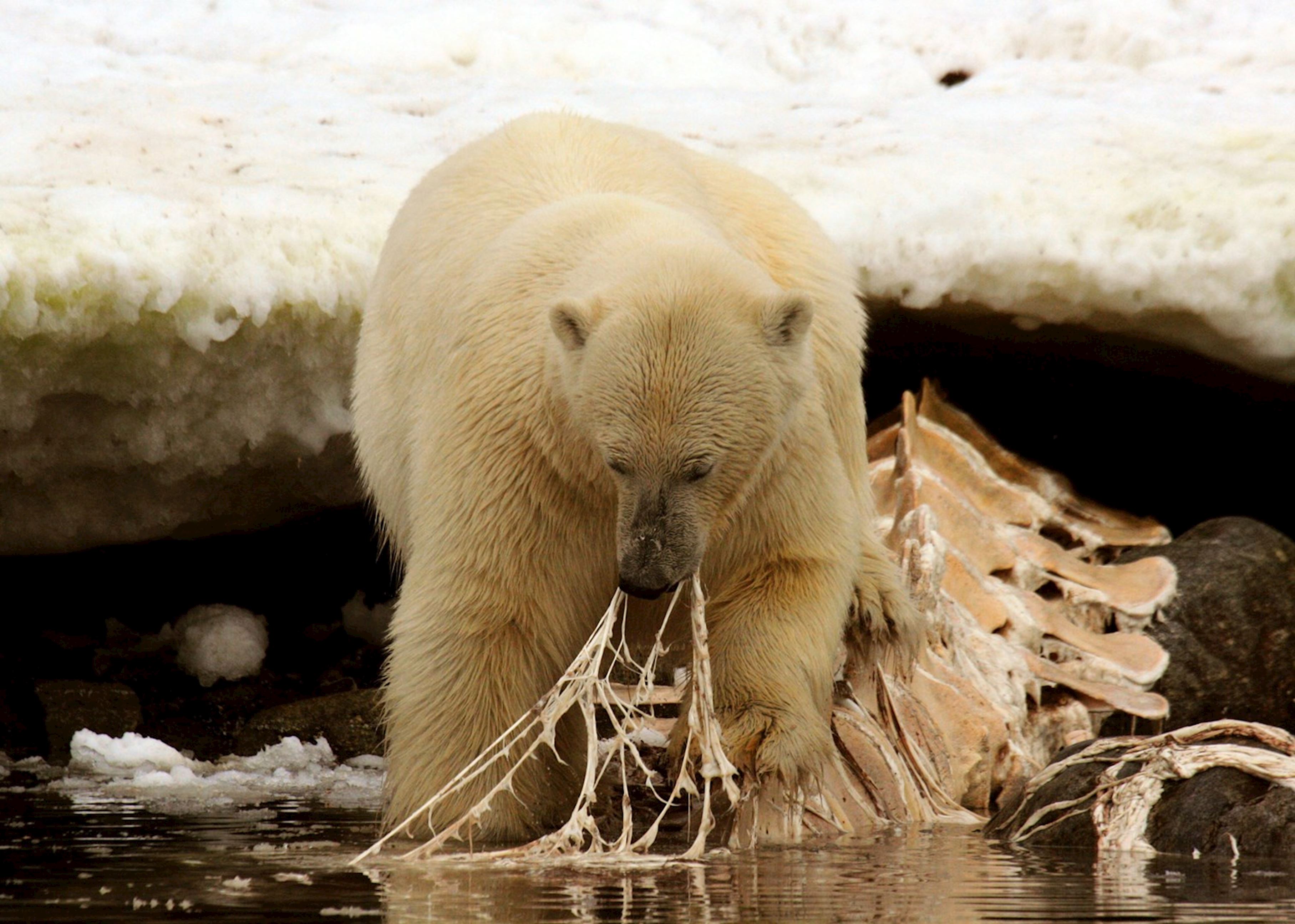 As our expedition boat rounded the top of Spitsbergen, a rumour spread around the ship that we were about to turn back and retrace our steps, but it would be worth it. They weren’t wrong! Another ship had radioed in that they had spotted a whale carcass that had emerged from the melting ice, and it was attracting polar bears from miles around.

My experience in the Norwegian Arctic around Svalbard was packed with amazing wildlife encounters but my favourite moment was spent out in the Zodiacs cruising along the bird cliffs of Alkefjellet, which are home to thousands of Brünnich’s guillemots. These birds nest on the relative safety of the cliff’s tiny ledges and they are amazingly at home underwater, but between these two locations is a lot of empty air, and they are not adept at getting airborne. To leave the cliffs, the guillemots throw themselves clumsily off their perches and hope their wings engage before they hit the water — an entertaining if sometimes anxiety-inducing spectacle to watch.

This has to be one of the most beautiful places on Earth. There is a bay full of icebergs that have calved off one of the three or four glaciers that snake down the surrounding mountains. On the edge of the beach I tiptoed around the four tonne elephant seals and laughed at the yappy fur seals. Then I was confronted by the huge king penguin colony — the hundreds of thousands of
breeding pairs producing a spectacle, noise, and smell that assaulted my senses. 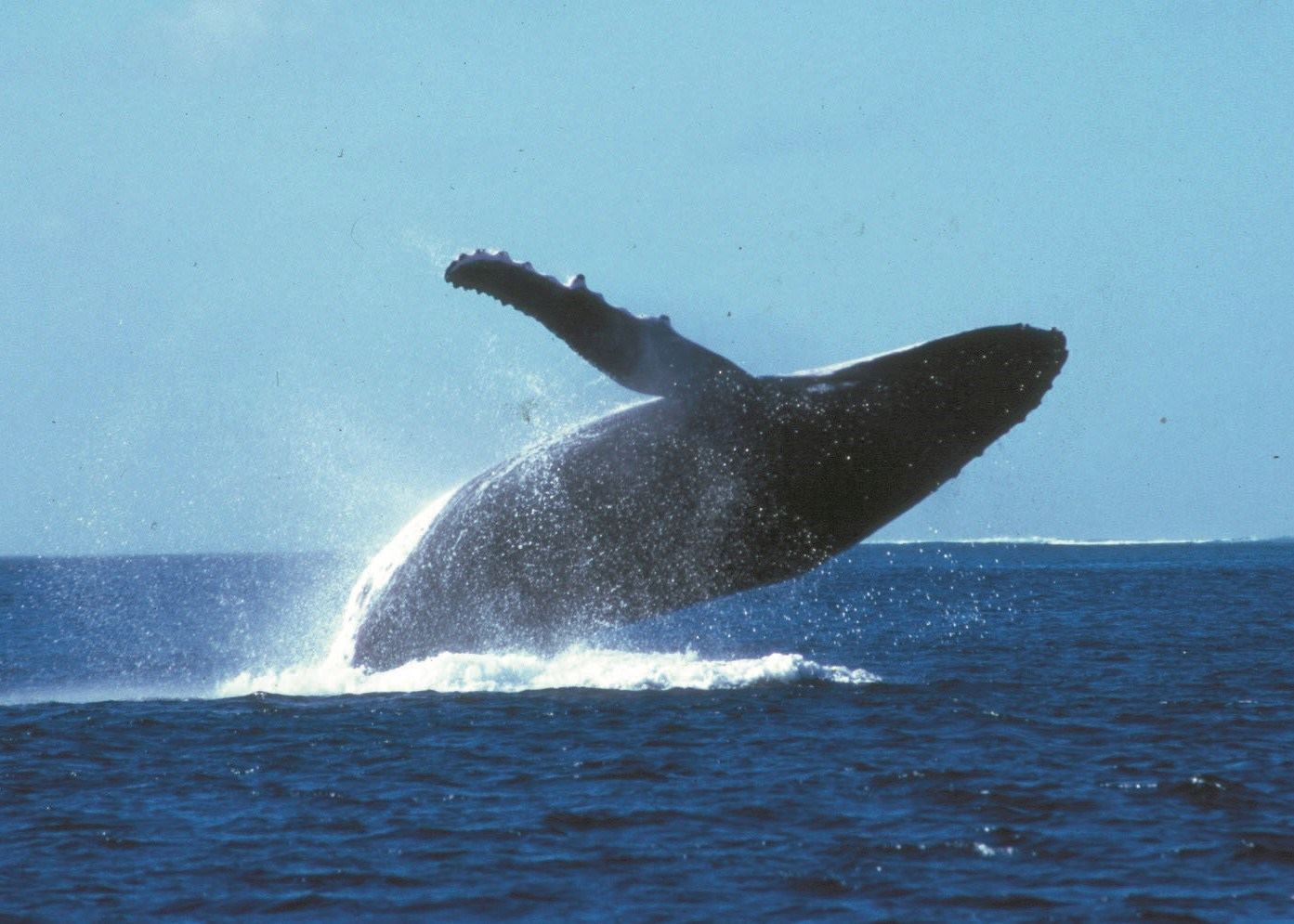 I had been told that travelling to Antarctica in February improved my chances of encountering whales and I was not to be disappointed. There were numerous sightings of them throughout my adventure, including a humpback mother and her calf who came up close to our Zodiacs in Paradise Bay. However the final day brought the most thrilling encounter of all in Dallmann Bay, where our ship was approached by four huge humpbacks who spent the next two hours curiously playing around the vessel. This was such a fantastic experience I barely noticed the freezing conditions as I watched and photographed these animals from the observation deck.

Undoubtedly the best moment of my trip to Antarctica was during a landing at Brown Bluff, which is at the tip of the Antarctic Peninsula. It was a beautiful sunny morning and the 200,000 or so Adélie penguins seemed to be enjoying the good weather,
chatting, squabbling and trudging back and forwards from the sea. Suddenly there was some commotion just a few metres from the shore. One of the other travellers had spotted a leopard seal and suddenly it surfaced with a penguin in its jaws and began
thrashing about and eating it right in front of us. Although it was sad to see the penguin come to such a grisly end, it was an awesome display of the leopard seal's power.

Peer pressure dictated that photographic evidence of me bathing in waters off Deception Island was required on my return. What my colleagues hadn’t told me, however, was that if it was high tide, then the volcanic springs would not be available to enjoy. So while they’d lazed about in the hot water on their trips, I had to run into freezing waters to splash
about, in order to provide the evidence required. Brrrr! 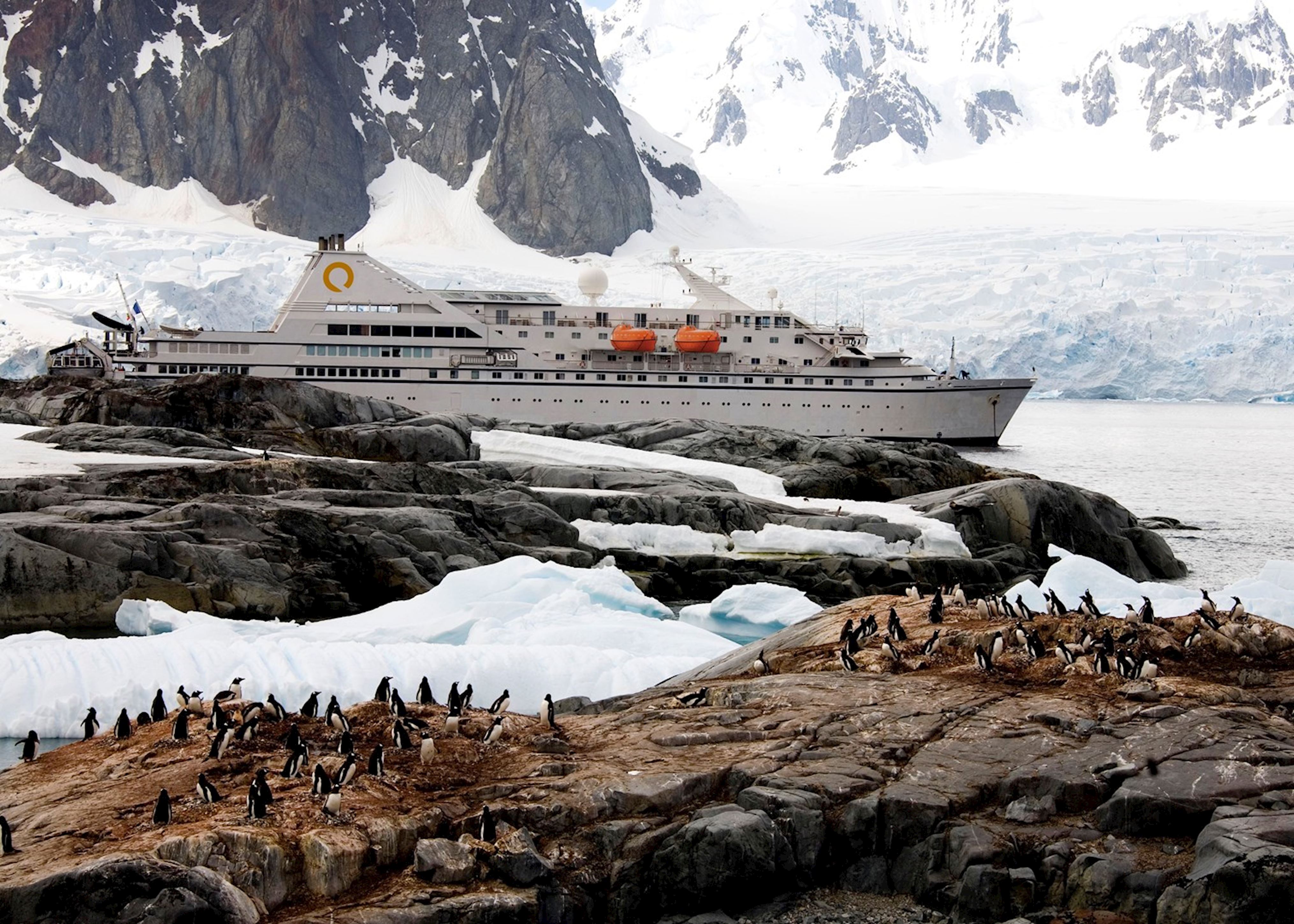 If you are heading to the Arctic then you will be travelling during our summer, when the sea ice recedes enough to allow the expedition ships to explore. If you are going south to Antarctica then you will be there in our winter, which is of course the austral summer.