Madagascar for the First Time Visitor

Madagascar is huge, roughly two and half times the size of Great Britain, and it’s difficult to know how to get the best out of your first visit without some insider knowledge. We would recommend, unless you have an abundance of time, visiting either the north or south of the country.

A sifaka in Berenty Private Reserve

Cut off from the mainland Africa for millions of years, the island’s flora and fauna has evolved into unique species including 150,000 forms of life which are found nowhere else in the world, including all the numerous species of lemur.

It’s an undeveloped country and tourism is very new, which is one of the attractions, but it is also important to pack both a sense of humor and adventure.

Using the map below, two of Audley's Madagascar specialists, Victoria and James, highlight the routes they traveled and pick out a few of their favorite places along the way.

Victoria takes us on a road trip around northern Madagascar (see map above).

Sampling lush vegetation, speared rock formations and untouched beaches, the highlight of the trip is always the weird and wonderful wildlife she encounters. 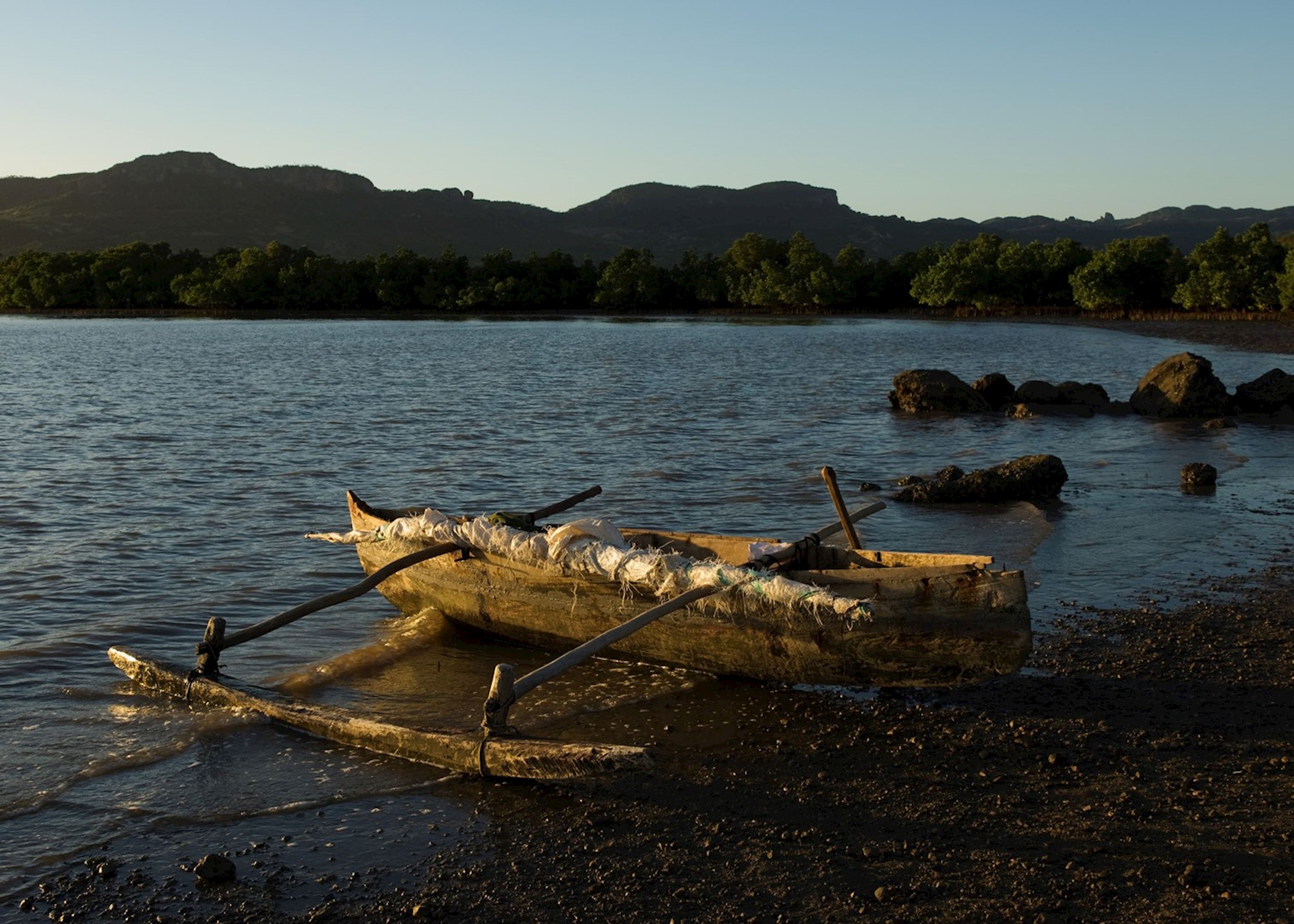 After a long journey I arrive into Diego Suarez, Madagascar’s most northerly point, and meet up with my personal guide and driver. From Diego we travel by road to Amber Mountain National Park passing through a small number of villages with stalls selling vanilla pods and home brewed rum. 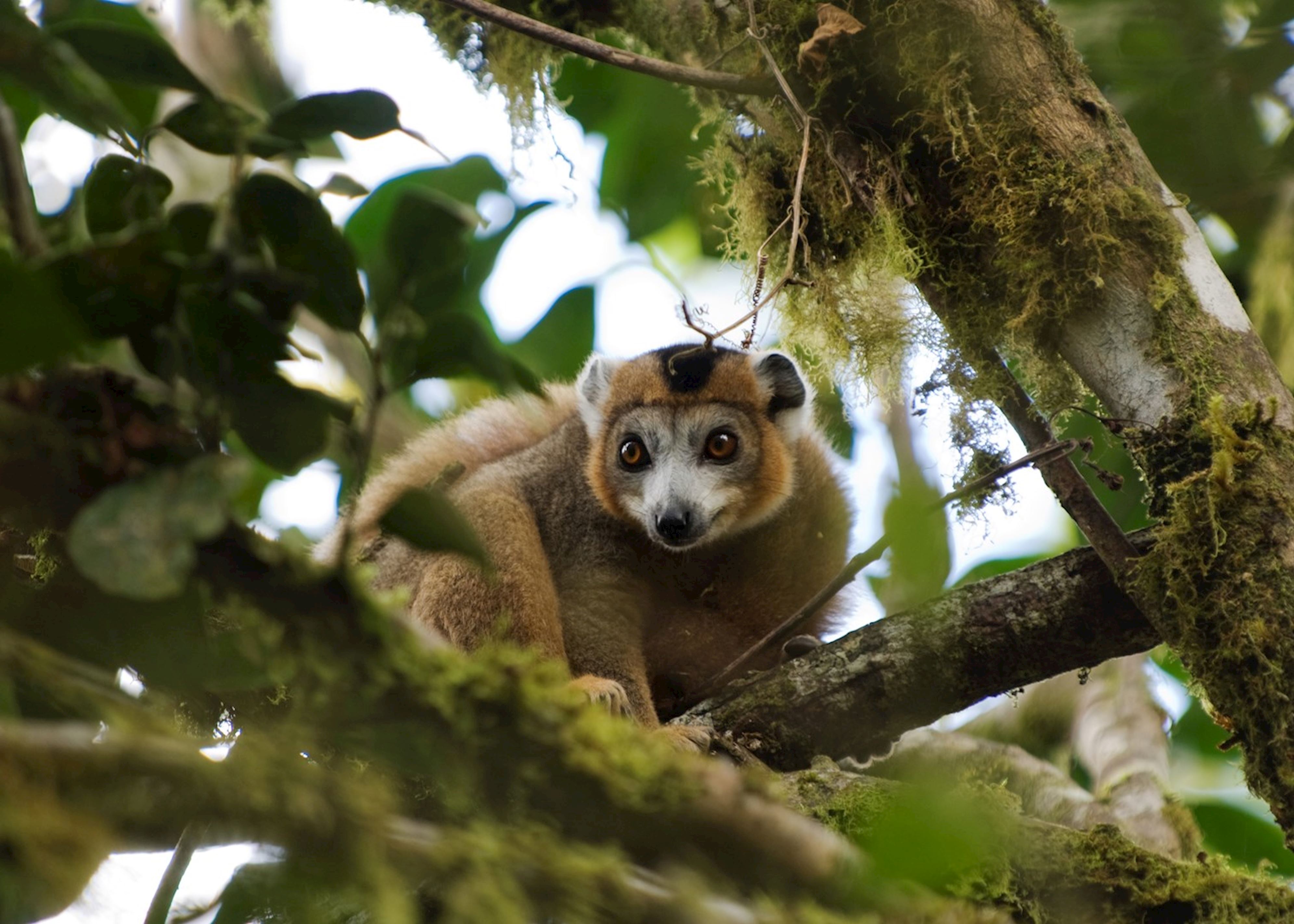 One hour after leaving Diego Suarez, I’m standing in the heart of the rainforest looking up at a troop of crowned lemurs feasting on berries above me. Amber Mountain is one of the most biologically diverse places in all of Madagascar with 75 species of bird, 25 species of mammals and 59 species of reptiles. Come evening you are ready to relax and enjoy some home cooked food followed by a glass of local rum. The Malagasy certainly know how to welcome you and after a couple of nights at one of our favourite lodges, such as Litchi, you soon feel at home. 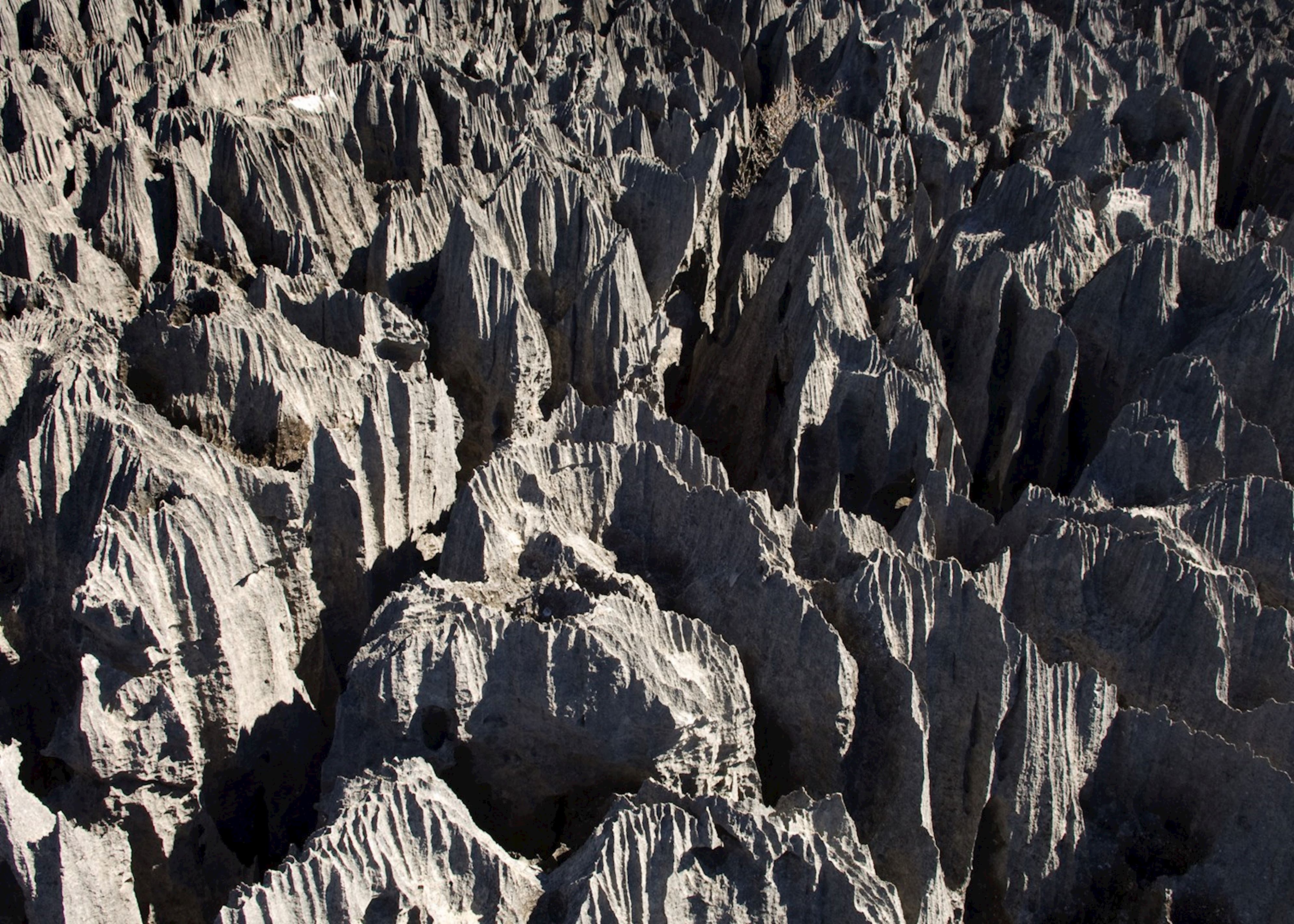 Our journey today takes us south west along the coastal road stretching from Amber Mountain to Ankarana Special Reserve, a drive of about four hours. Arriving at Ankarana I am greeted with more food and welcome drinks before checking into my small but comfortable room. The thick rainforest I witnessed in Amber Mountain is replaced by sharp limestone needles, which dominate the landscape. At first glance Ankarana may feel like an inhospitable environment, however on closer look this reserve is home to one of the highest density of primates of any forest in the world. 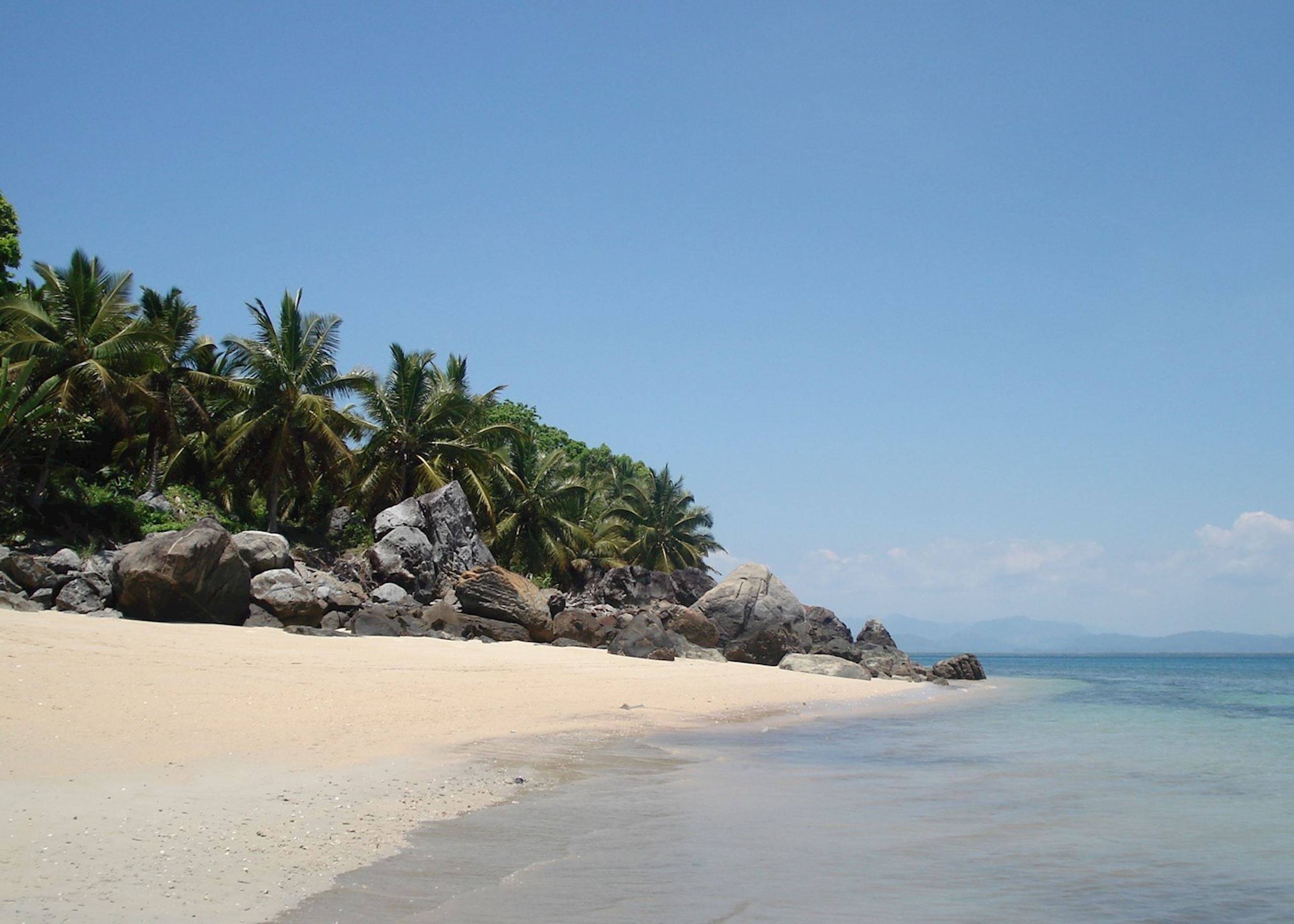 Leaving Ankarana the coastal road winds its way south to the small bay of Ankify where the coast line is protected by thick layers of mangroves. Wading out to our little speedboat, we leave the mainland and head across to the clear waters of the Nosy Be Archipelago to the beautiful forested island of Nosy Komba. After days of walking and lemur spotting, time spent on the beach is certainly a well earned reward. The focus is on good food and relaxation, however should you feel you haven’t seen your fair share of lemurs then take a guide and head north into the forests where you will have chameleons and black lemurs all to yourself.

James takes on the classic traverse through the heart of the country.

He describes his journey from Antananarivo to Tulear (see map above) and reviews some of his favorite locations. 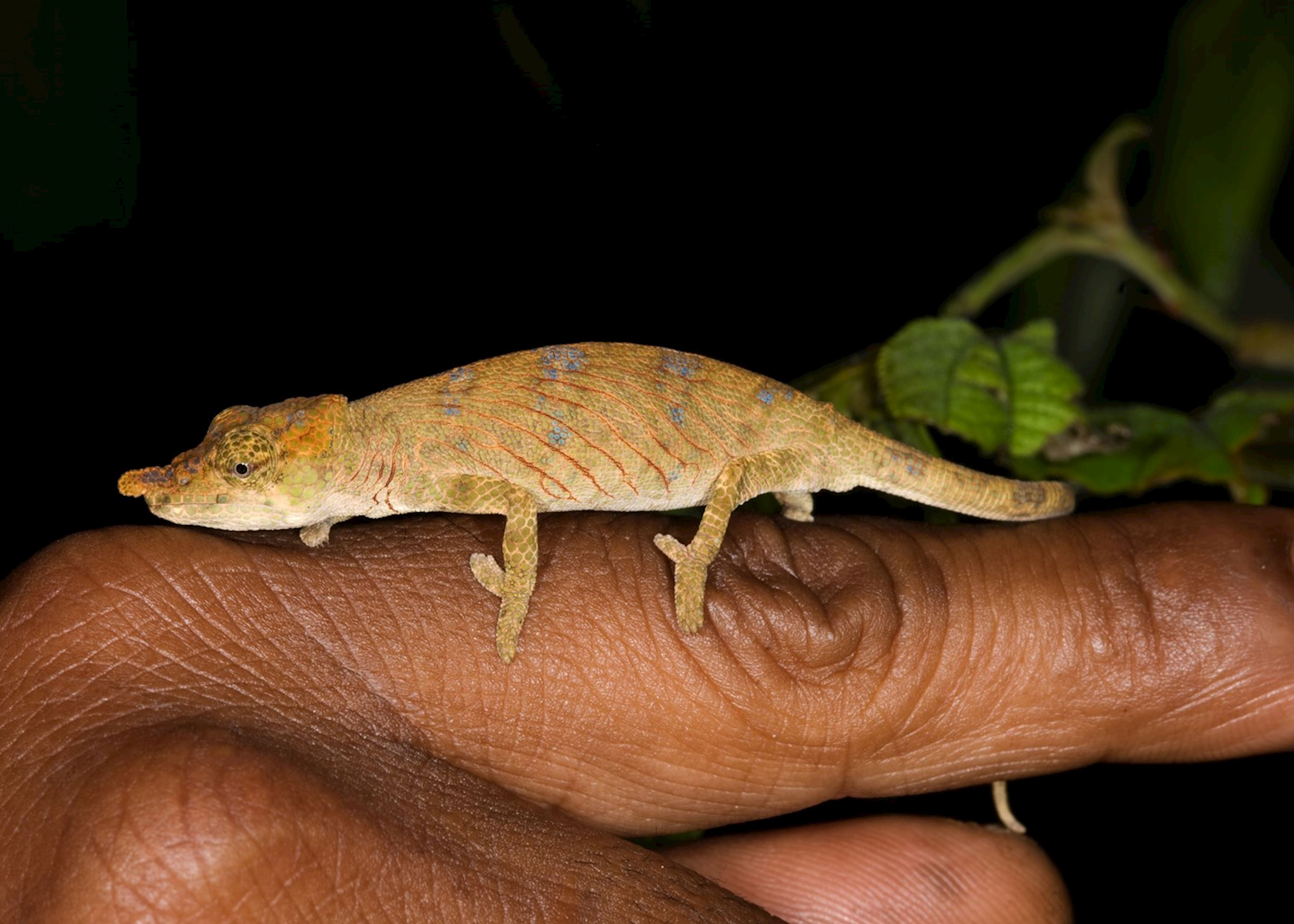 It was unmistakeable. An eerie, wailing cry emanating from deep within the rainforest. The call of the Indri, Madagascar’s largest lemur, was enough to make the hairs on the back of my neck stand up. Within a few minutes we had managed to locate them and I was able to observe a group of five propelling themselves through the trees. It was definitely one of my most exhilarating wildlife experiences. Located just four hours from the capital, Andasibe is justifiably one of the most popular parks in the country. Apart from the indri there are 10 other species of lemur including grey bamboo lemurs and diademed sifakas as well the spectacular Parson’s chameleon. 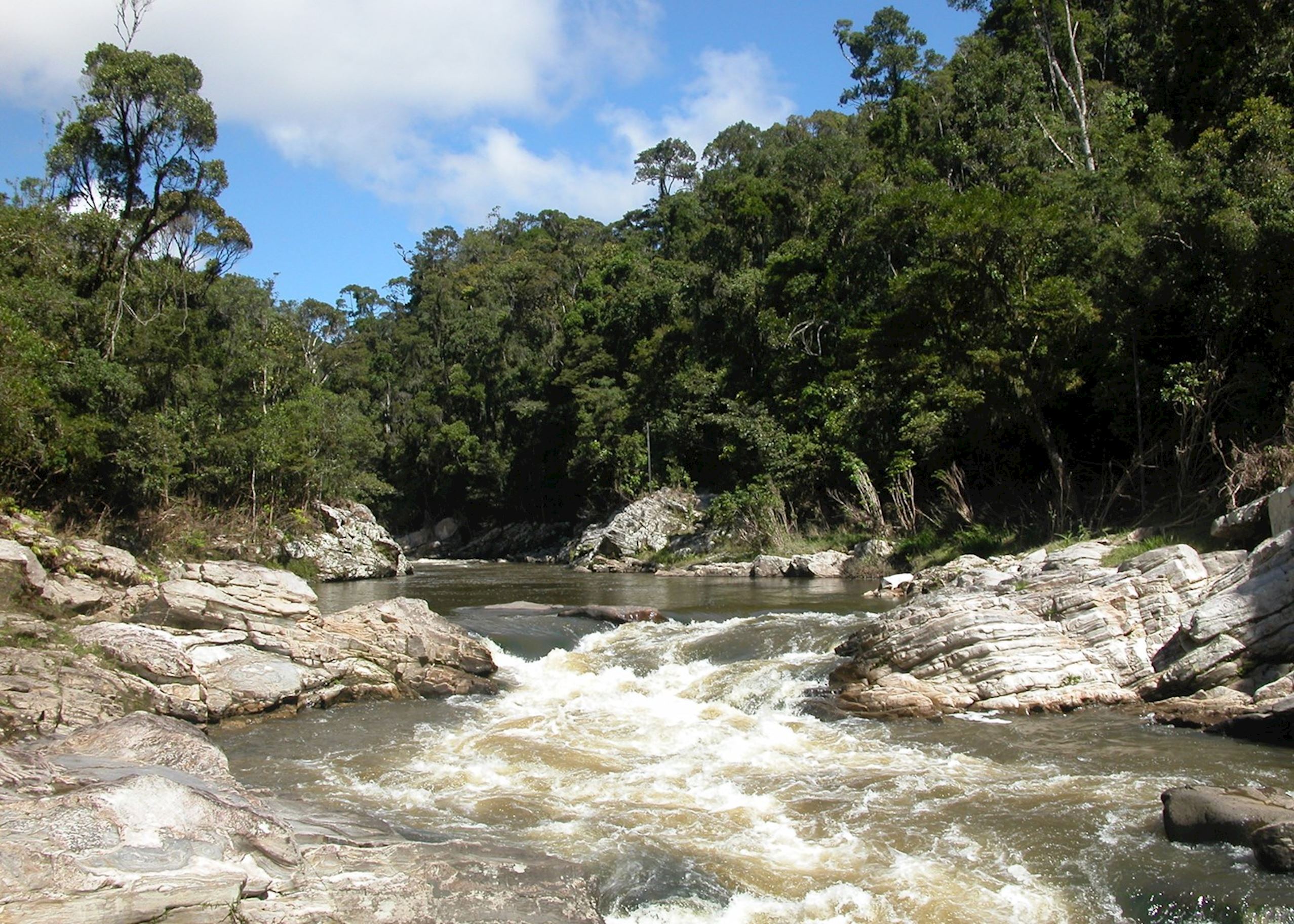 Complimenting Andasibe, Ranomafana is another wonderful national park. Staying at the comfortable Setam Lodge, I had a spectacular view of the rainforest stretching into the distance. Within the park we observed a number of lemurs including the Milne-Edwards’ sifaka with its delightful dark brown colourings, one of 12 species of lemur located here. I particularly enjoyed the night walks in this regard. The guides have a remarkable ability to pick out any number of animals by the mere reflection of their eyes. 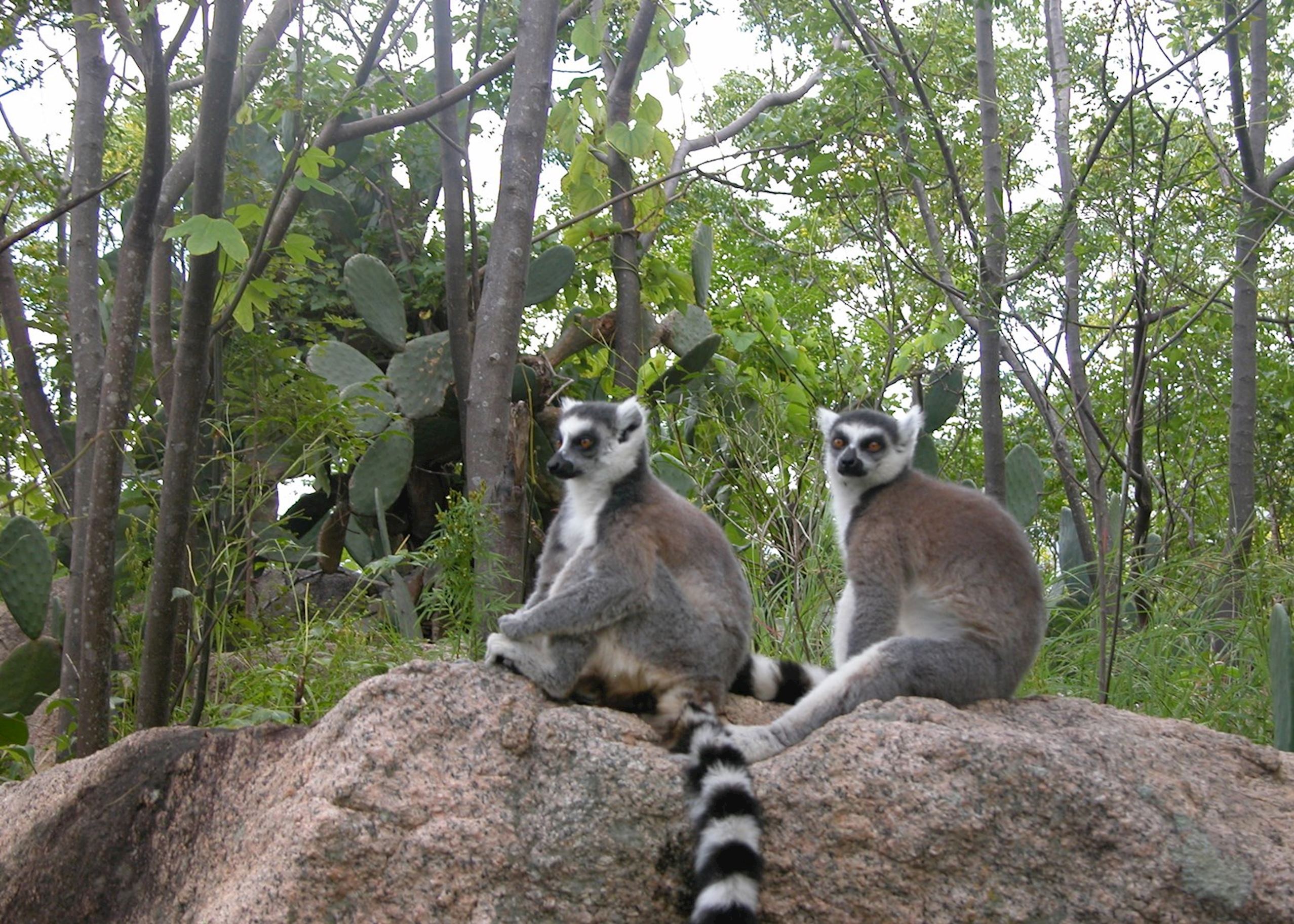 Heading further south we paid a brief visit to Anja National Park on the outskirts of Ambalavao. This is home to a number of ring tailed lemurs, one of the most iconic species within the country. It was October and many of the females had just given birth. With their young holding on grimly, piggy back style, the troupe made its way out onto open ground in search of water. Squatting down to drink it seemed a miracle that none of the newly born went spiralling over the shoulders. 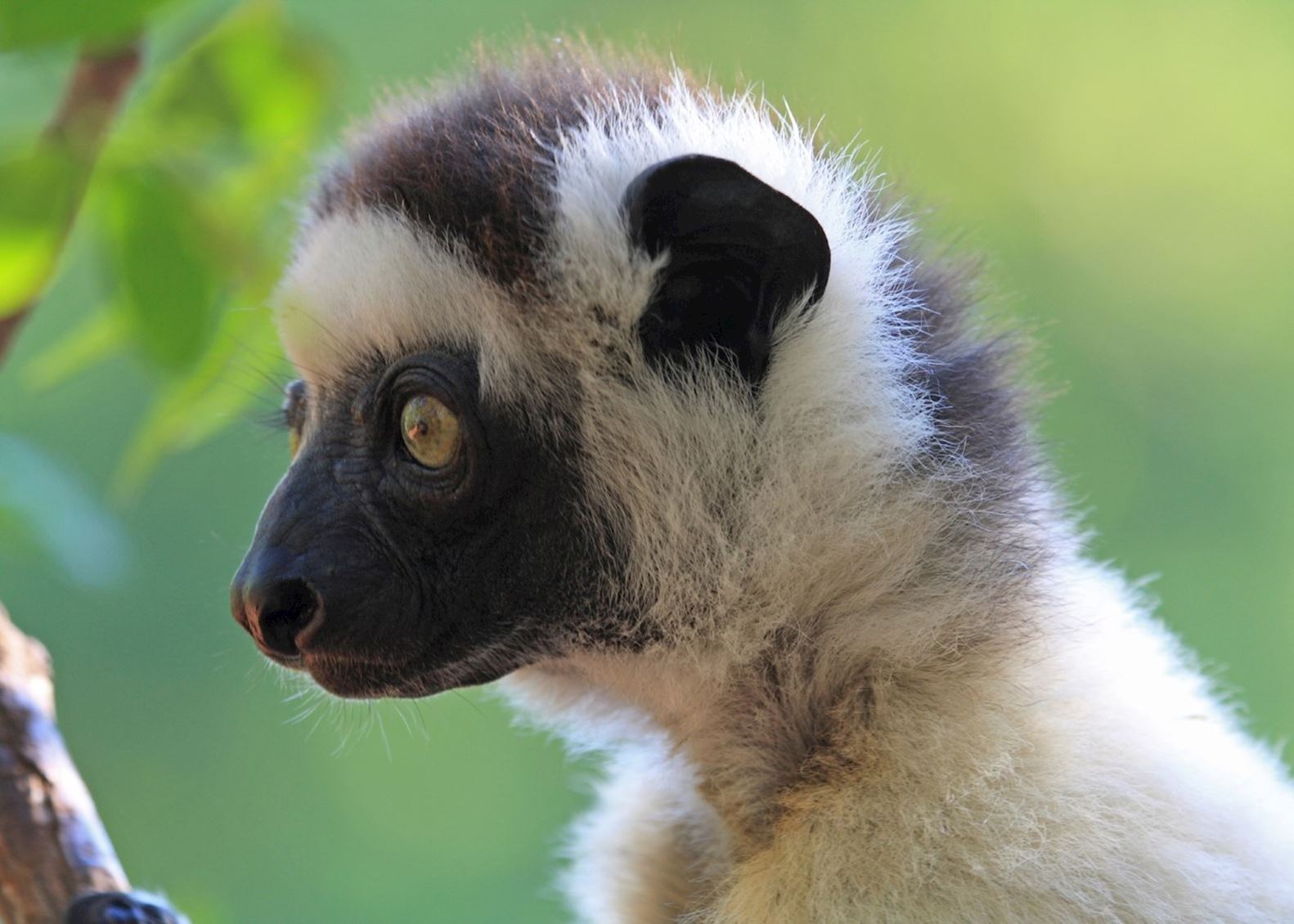 As I approached the final section of my journey the scenery dramatically changed. The lush green, fertile farming areas were left behind and the terrain became increasingly arid. The area around Isalo is reminiscent of the American Mid West with huge sandstone outcrops providing the most dramatic scenery. Starting early to avoid the heat of the day I did some wonderful trekking through the park. A refreshing dip in a deep green pool surrounded by leafy trees soon followed in this oasis of tranquillity. Later in the afternoon we headed to La Fenetre, a natural rock formation, providing the ideal vantage point to view the setting sun. It was the perfect spot for a sundowner drink.

Find out more about Madagascar 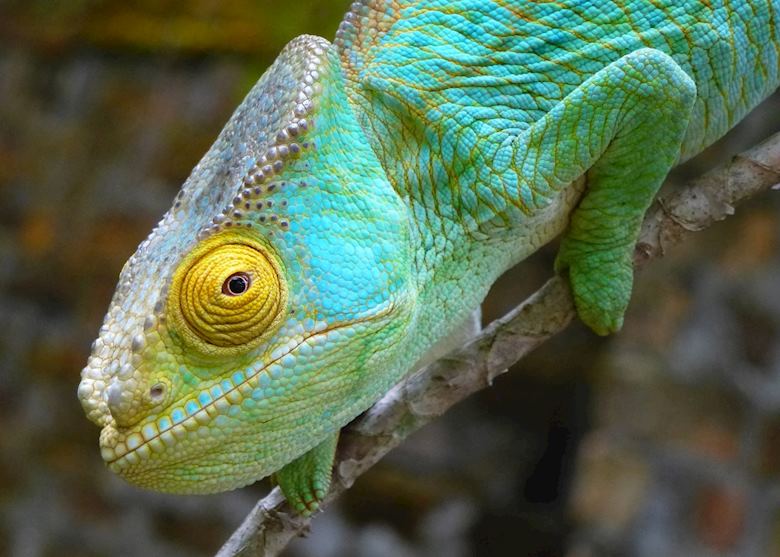 Book a safari vacation to Madagascar and experience one of the world's most unique Islands. Isolated from the rest of the world, there were no large predators: here wildlife evolved on its own distinct path. Of Madagascar’s 200,000 species, more than 80% are endemic.