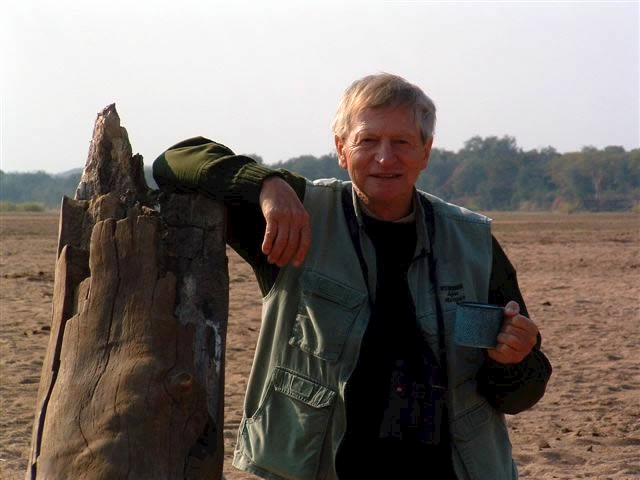 Brian Jackman traveled to Zambia with Audley. He is a freelance journalist with a lifelong passion for the natural world. He is also co-author (with Jonathan Scott) of The Marsh Lions, first published in 1982 and now acclaimed as a wildlife classic.

Zambia is Africa as it used to be: wild, vast and relatively unchanged. While neighbouring countries have been rocked by turmoil, Zambia has been quietly following its own way forward, avoiding the headlines and showing the world how – given half a chance – nature comes bouncing back to reclaim its own. One third of the country is national parkland and over the years I have seen the best of it.

In Kafue, Zambia’s oldest and biggest park, I spent an enthralling week at Busanga Bush Camp following Busanga’s famous tree-climbing lions across a half-drowned landscape of endless grasslands filled with zebras and antelopes and bugling cranes. 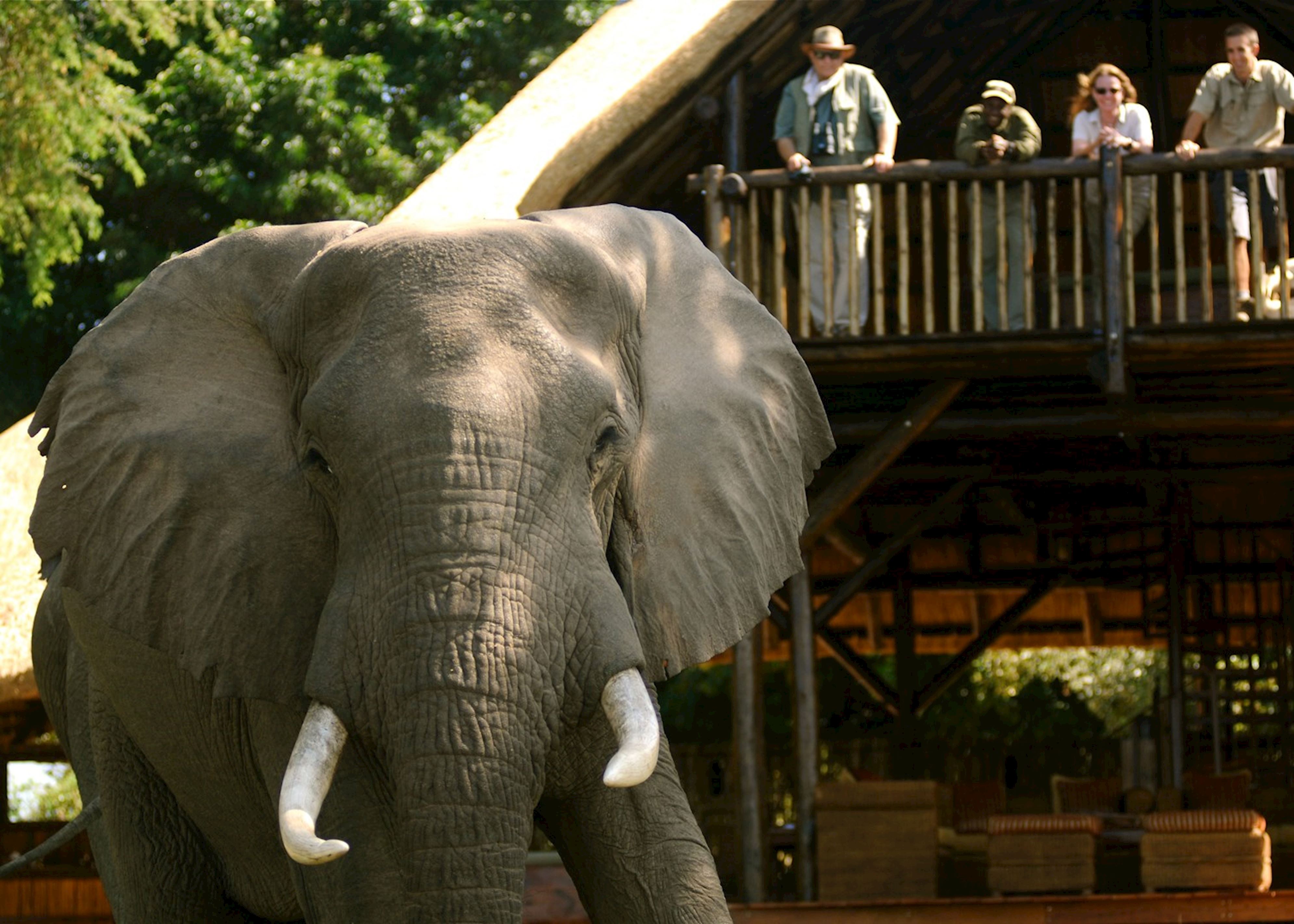 At Chiawa, an idyllic camp on the banks of the Lower Zambezi, I set out with Grant Cumings, its bush-wise owner, to catch tiger-fish in the milewide river. For Grant, who loves the Lower Zambezi with a passion, there is nowhere he would rather be. ‘Real in-your-face Africa’, is how he describes it – big skies, big trees, big elephants.

The best of it lies within the South Luangwa National Park, a huge wilderness area. This major tributary of the mighty Zambezi is one of Africa’s last untamed waterways – 500 miles of hippo pools and muddy brown channels framed by dark ebony groves where rare Pel’s fishing owls wait for nightfall. 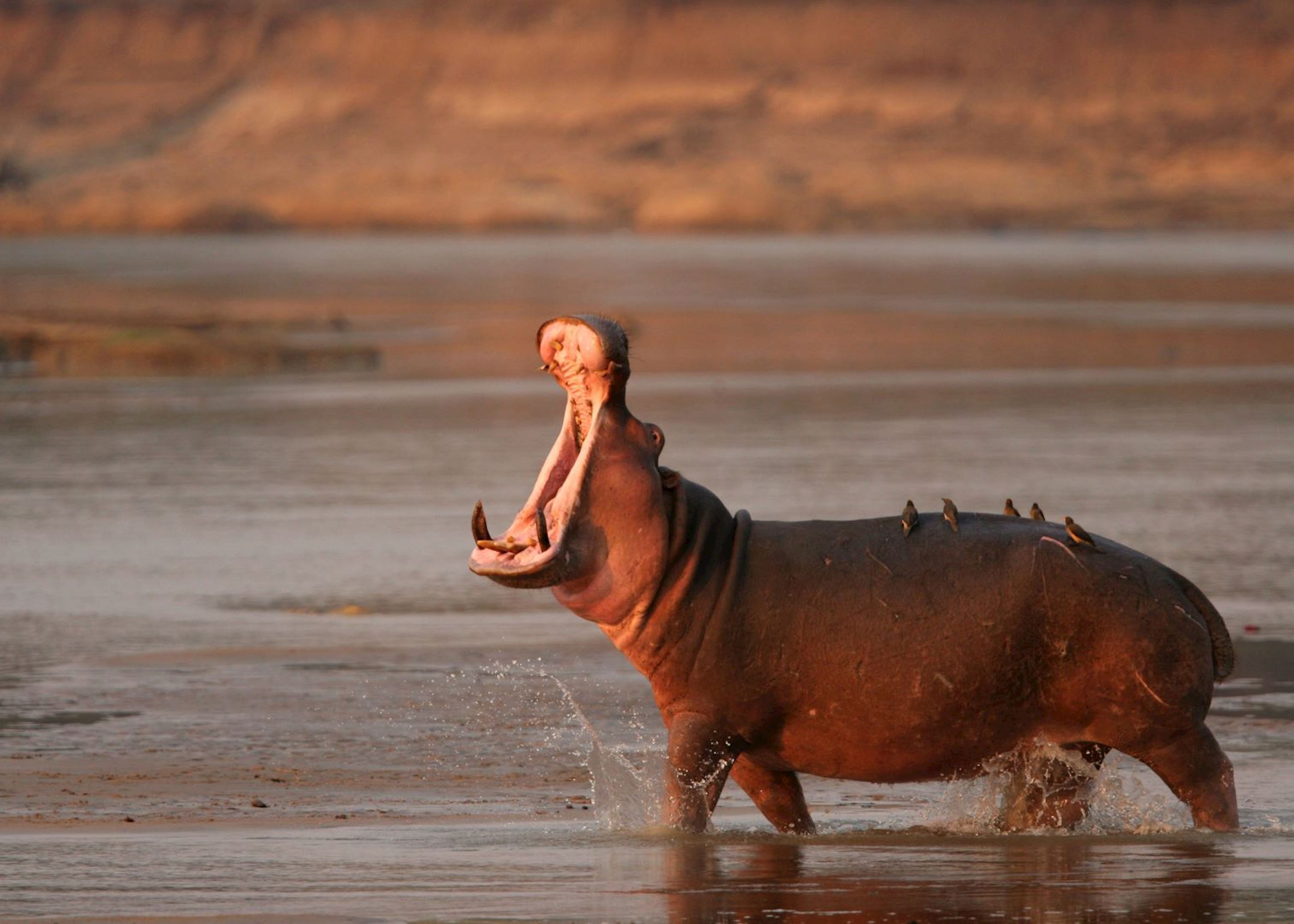 In the dry season it flows sluggishly beneath 15ft-high banks, sliding past sandbars on which crocodiles bask with jaws agape. When the green season kicks in the river bursts its banks, replenishing its flood plains and oxbow lagoons. At all times it is the valley’s lifeblood, supporting 450 bird species and 60 different kinds of mammals including some you won’t see elsewhere, such as Thornicroft’s giraffe. 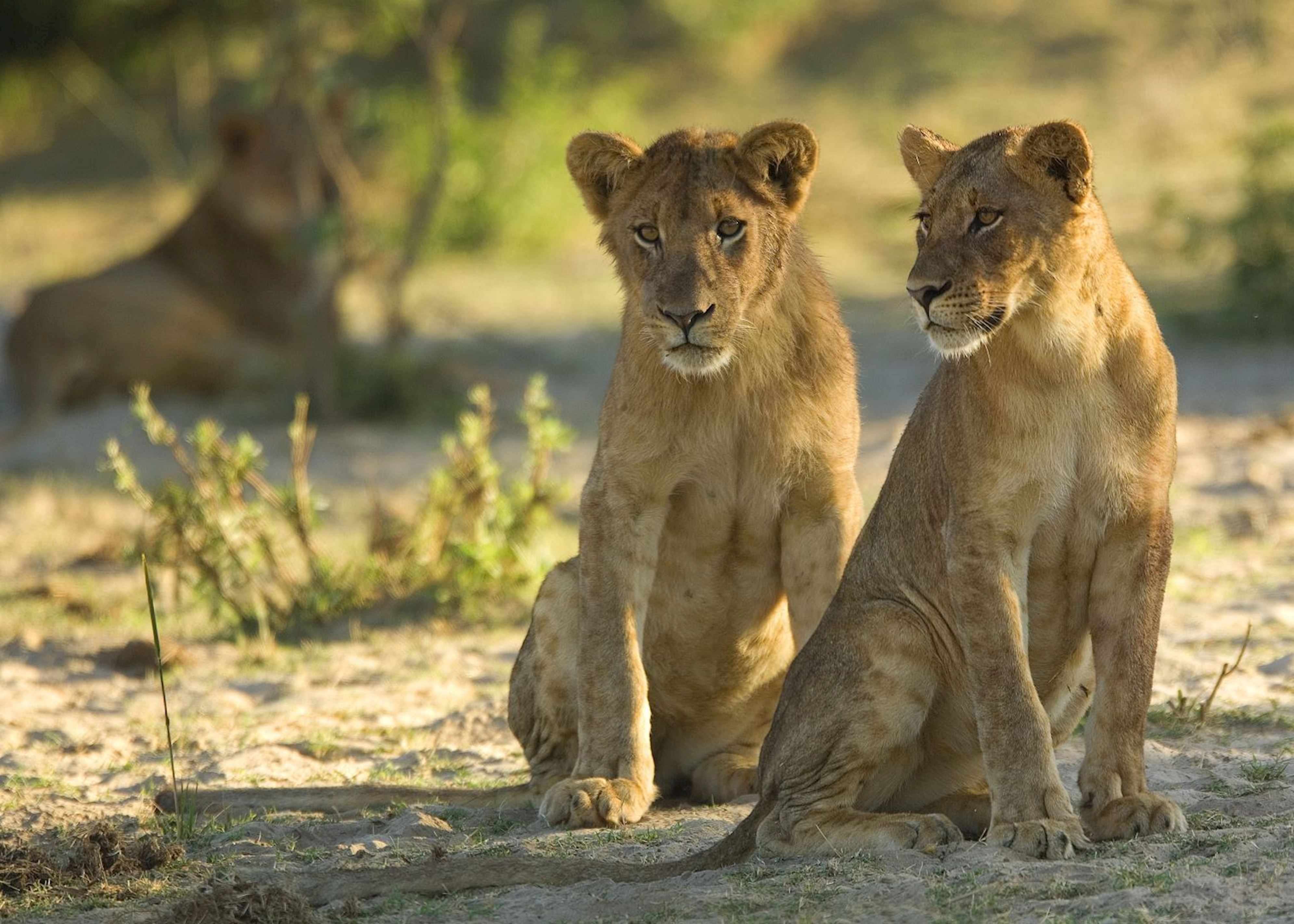 Listen, too, for the hacksaw cough of prowling leopards. Luangwa is the best place I know for finding these normally elusive big cats; their tracks are everywhere. Last year I saw seven leopards in a week, including a male called Kataba (One-Eye), and watched another for two hours as it stalked impala on the Puku Ridge floodplains. 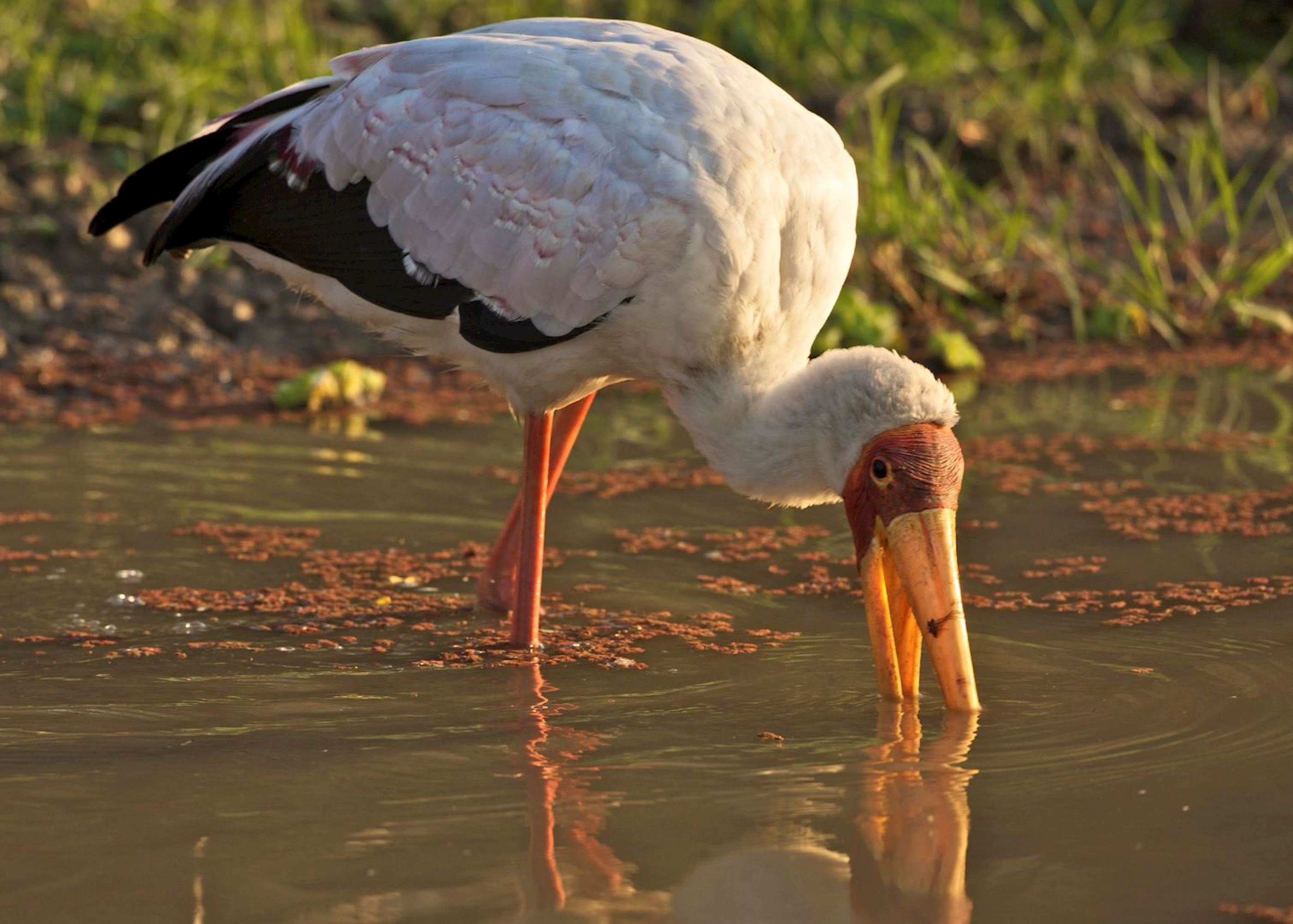 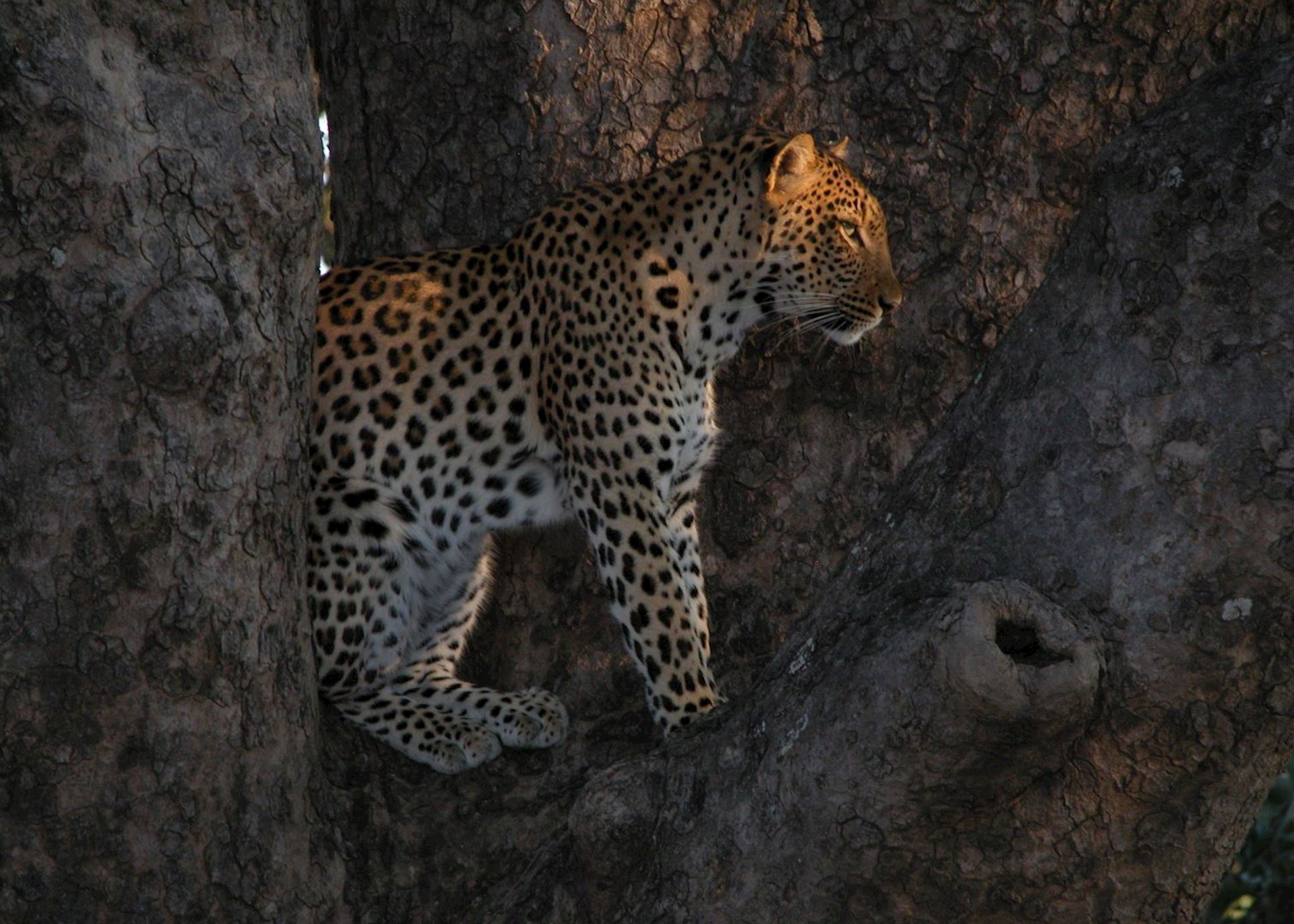 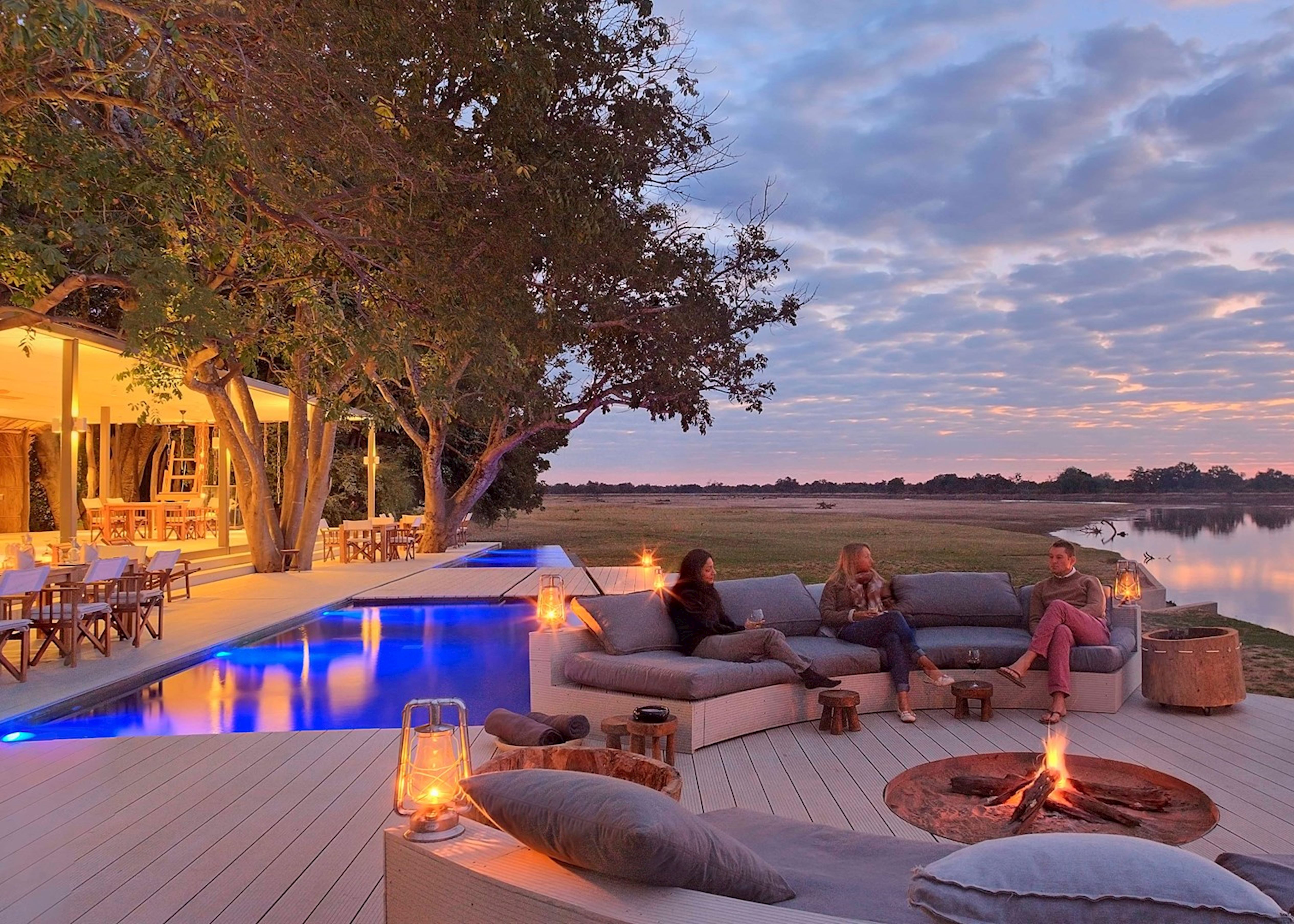 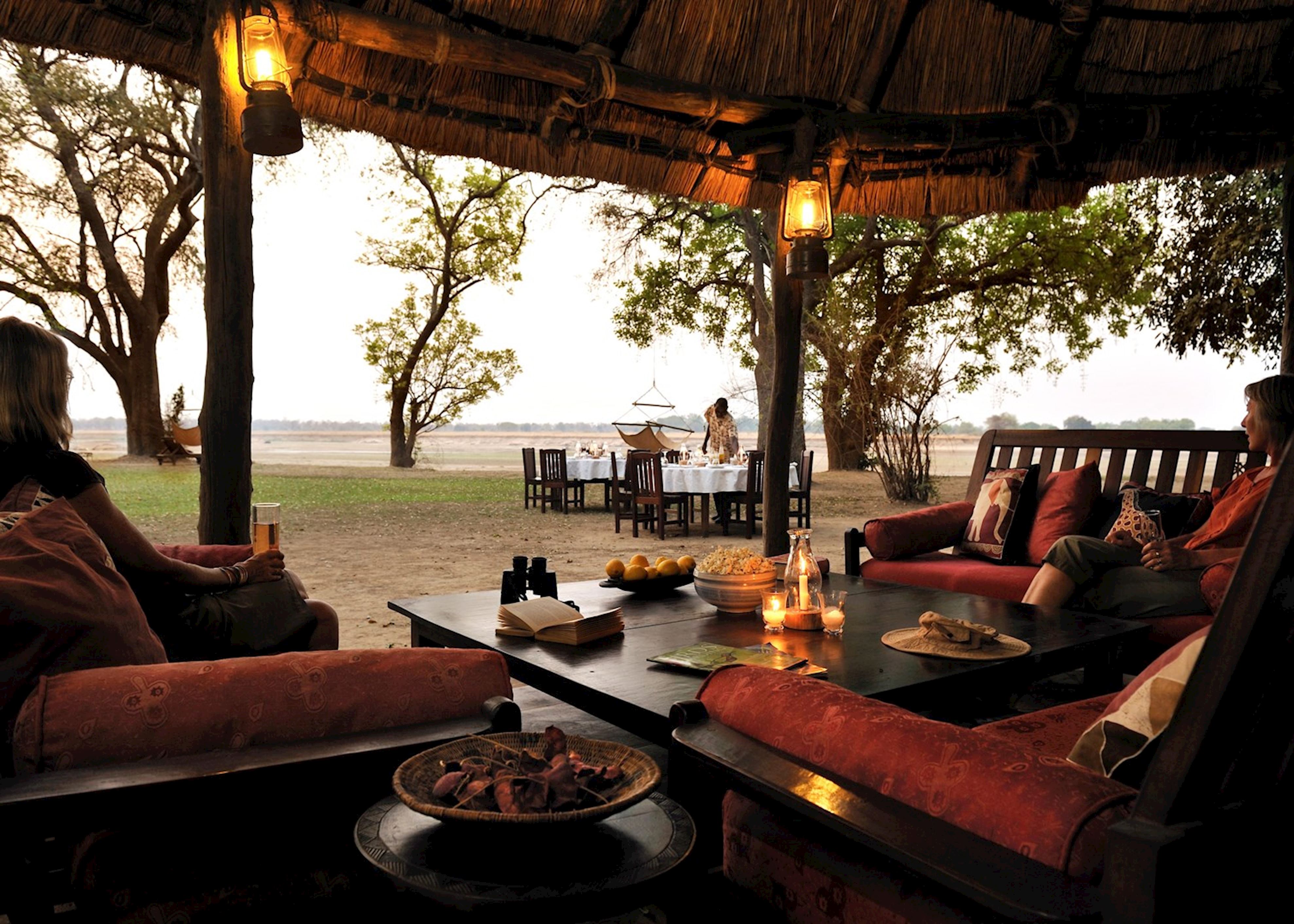 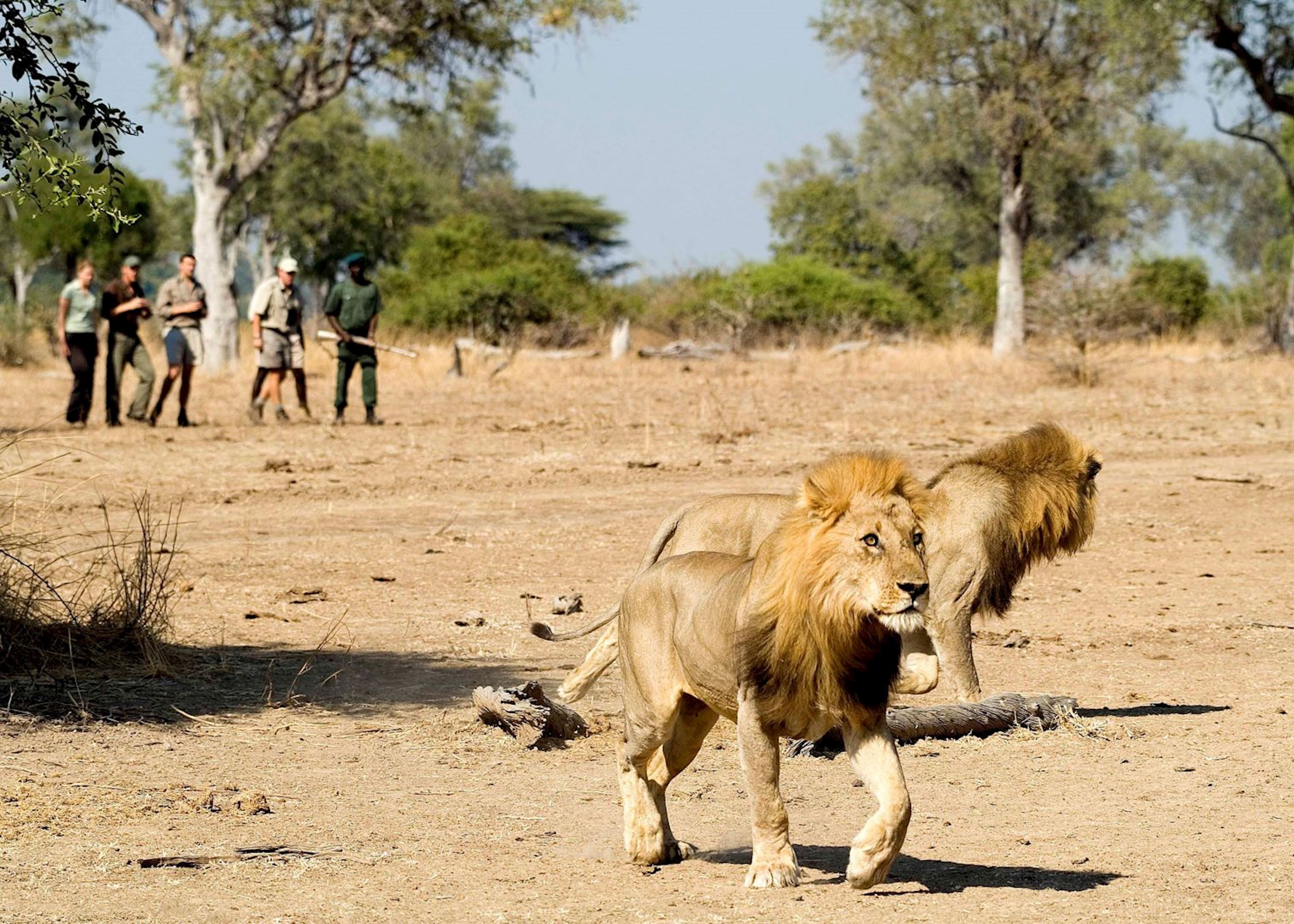 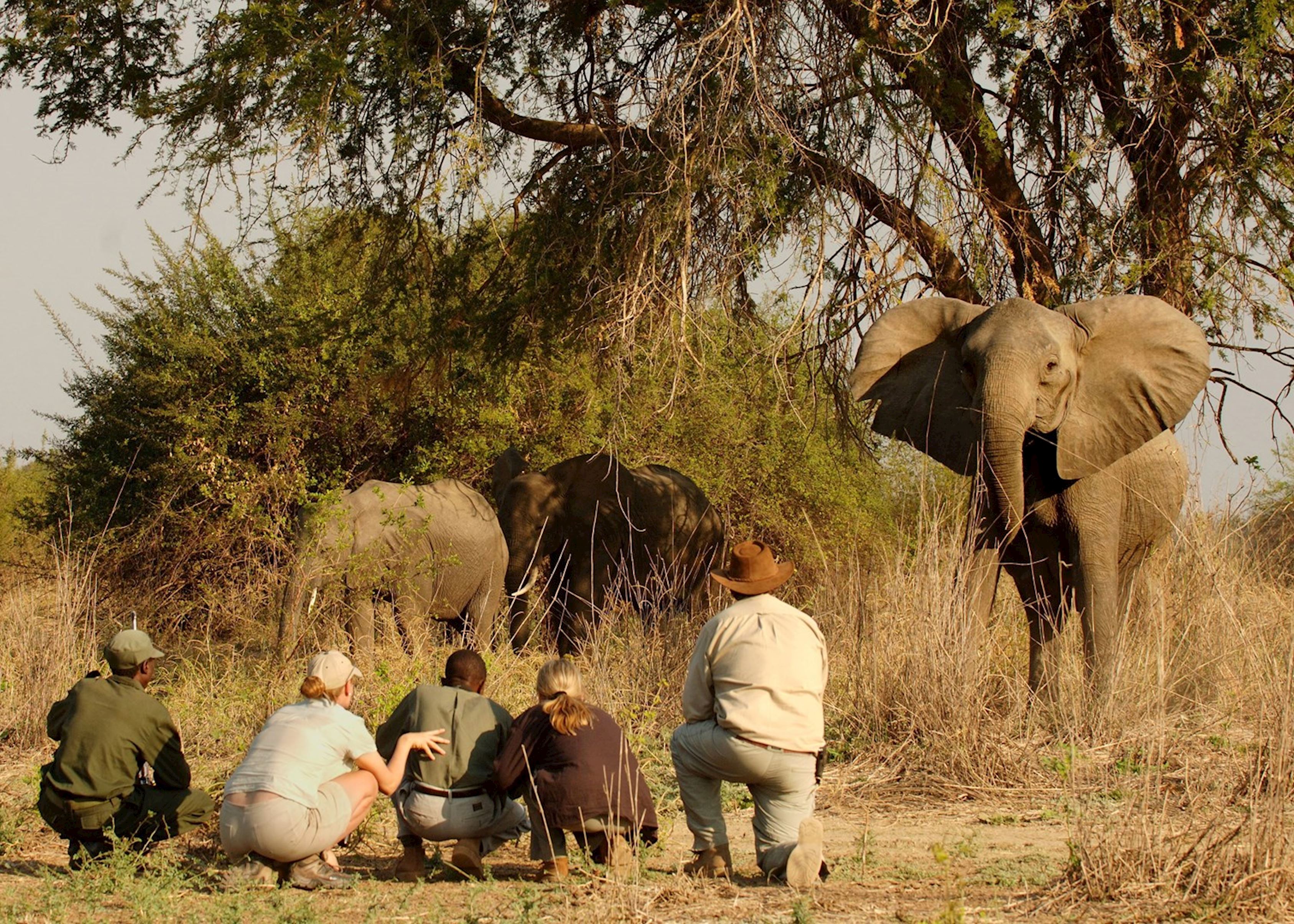 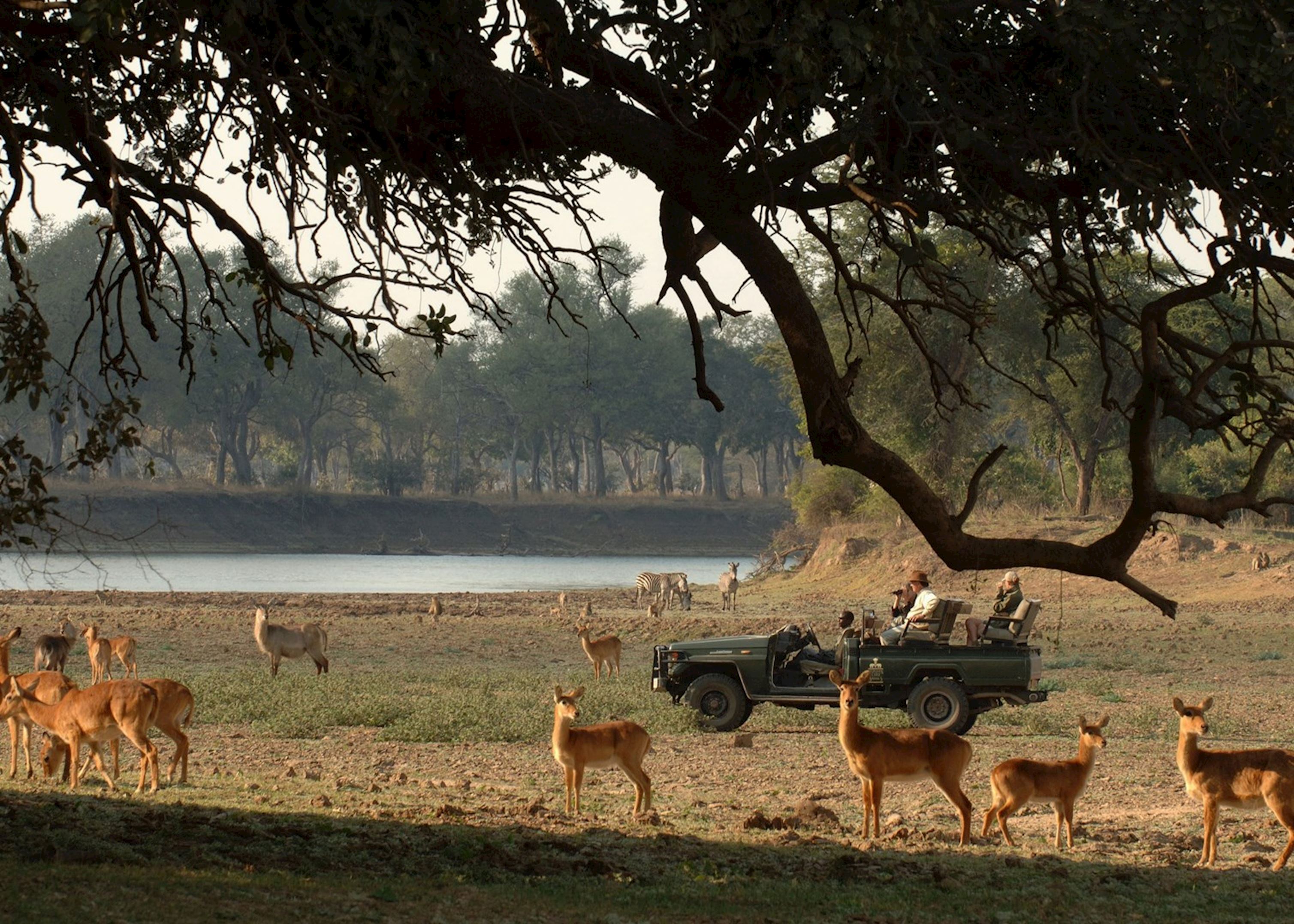 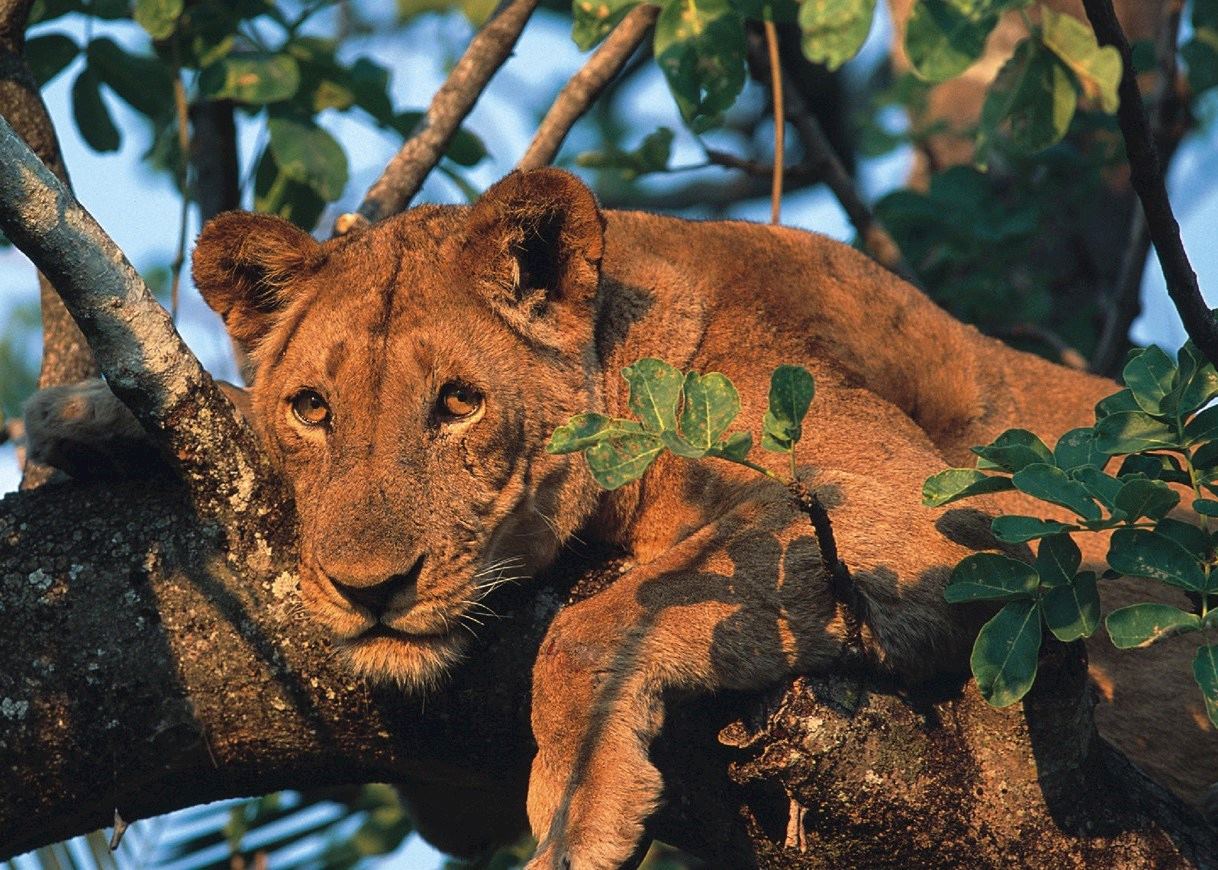 The central Kafue area focuses activities around the stunning river scenery; a few days here is for relaxing on a boat cruise, or enjoying game drives and walks while soaking up the sights and sounds around you. Further north you enter the vast Busanga Plains, 750 square kilometres of grassland and swamp that is only accessible in the dry season from July to October. 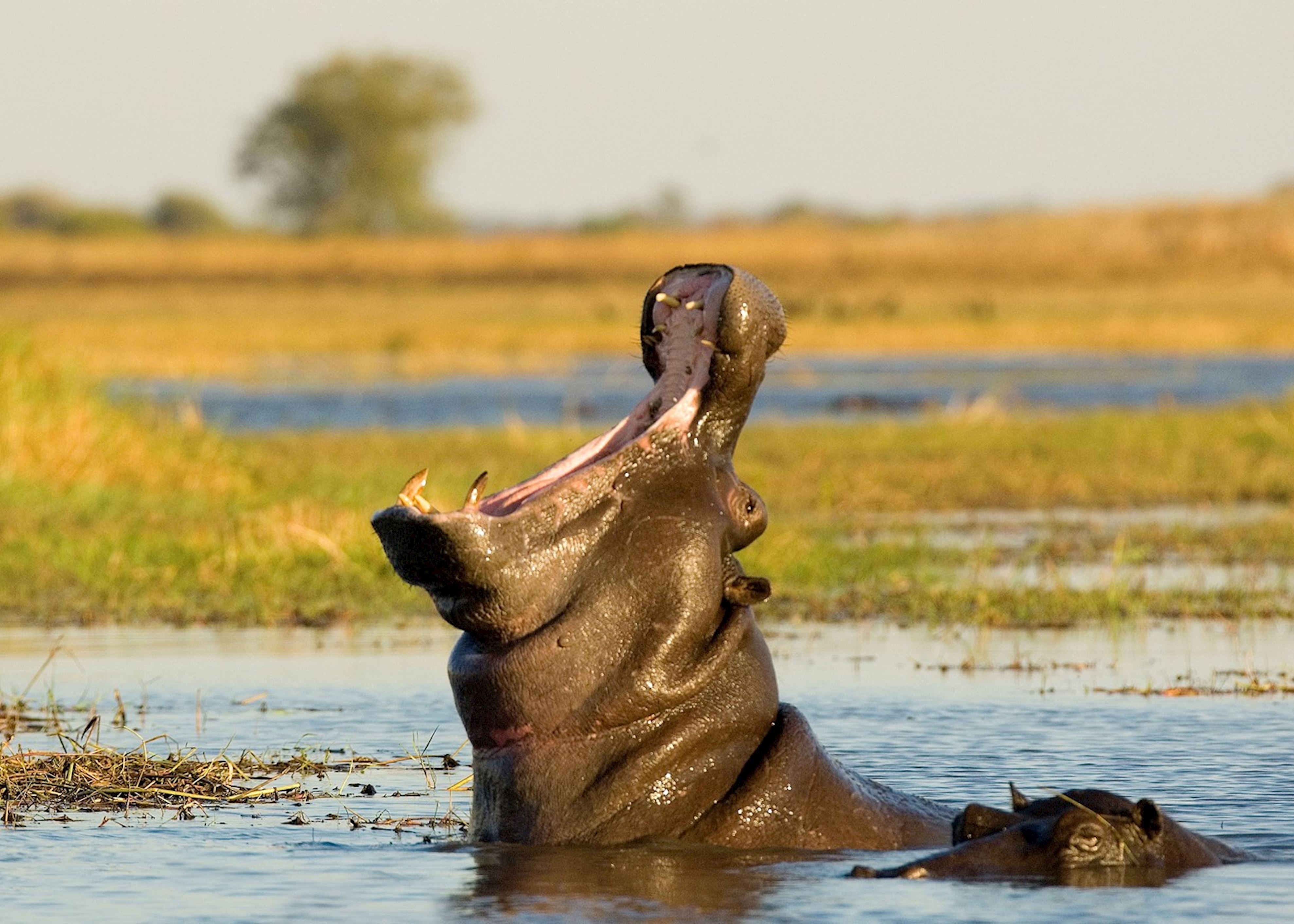 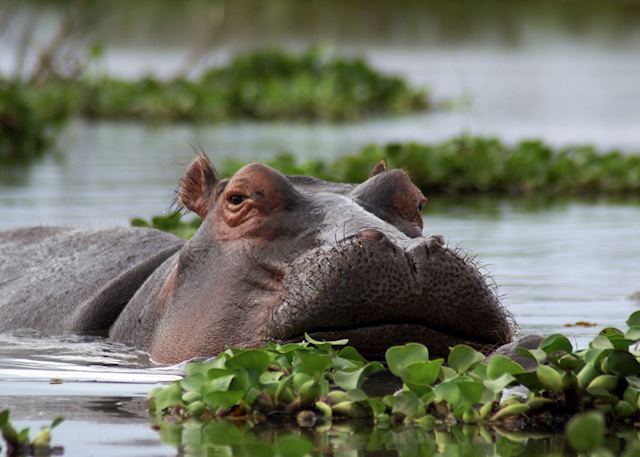