Starting on 30th December, it will be 60 years since Sir David Attenborough's first visit Down Under, and the programme will explore this incredible reef system, full of hundreds of different coral species and thousands of tropical fish, sharks, rays, whales and dolphins. Our specialists share their own experiences of this spectacular underwater world. 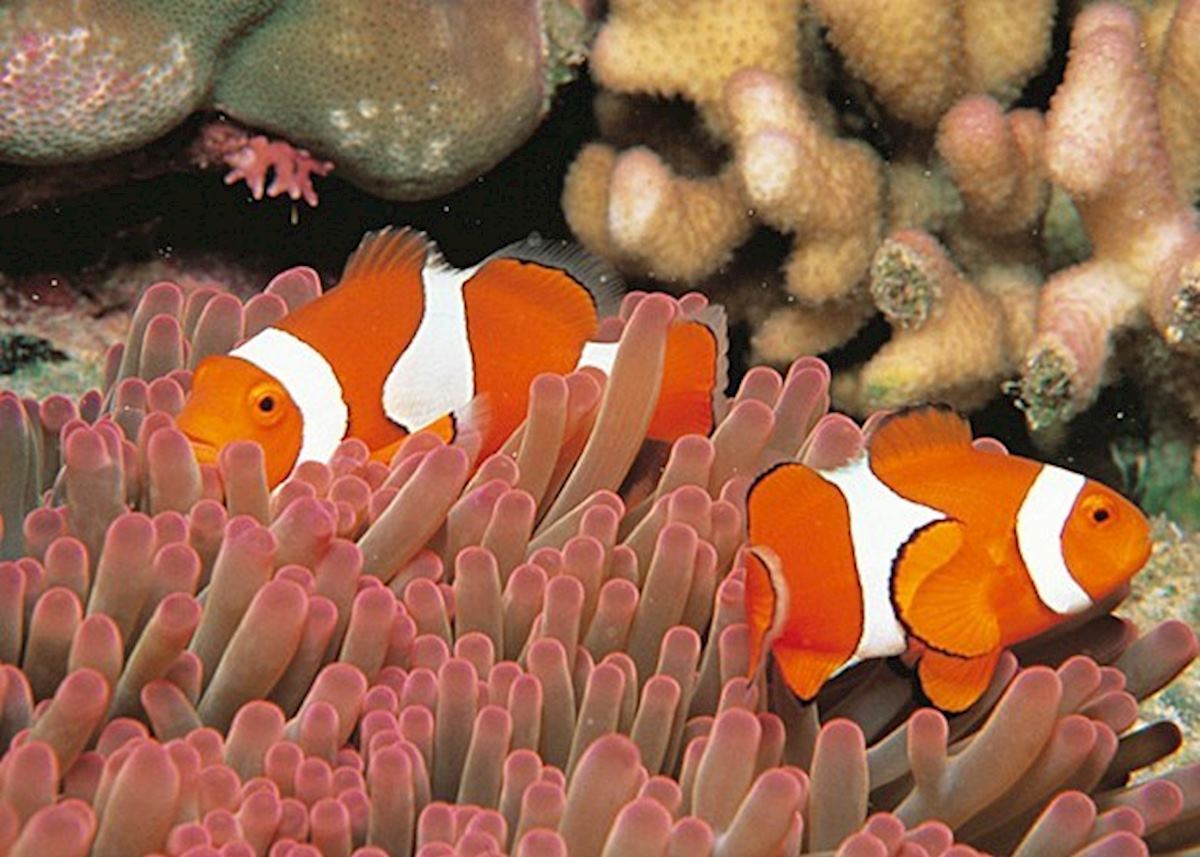 The vast Great Barrier Reef stretches 2,300 kilometres along most of Queensland’s coastline and is considered one of the natural wonders of the world, as well as one of Australia’s must-see sights. The sheer scale of the reef takes many people by surprise but rather than one connected barrier of rock and coral, it is actually a series of over 3,000 individual coral reefs.

An abundance of marine life lives within the reef, including parrot fish, red bass, seahorses, humpback whales and sharks. The reef is home to numerous coral atolls and sandbanks, as well as picturesque islands of all shapes and sizes.

One of my favorite experiences was taking a catamaran out to a floating pontoon on the outer reef. The reef tends to be more colorful here and I spent an afternoon learning all about this diverse ecosystem on a semi-submersible tour. It gave me a different perspective without getting wet. 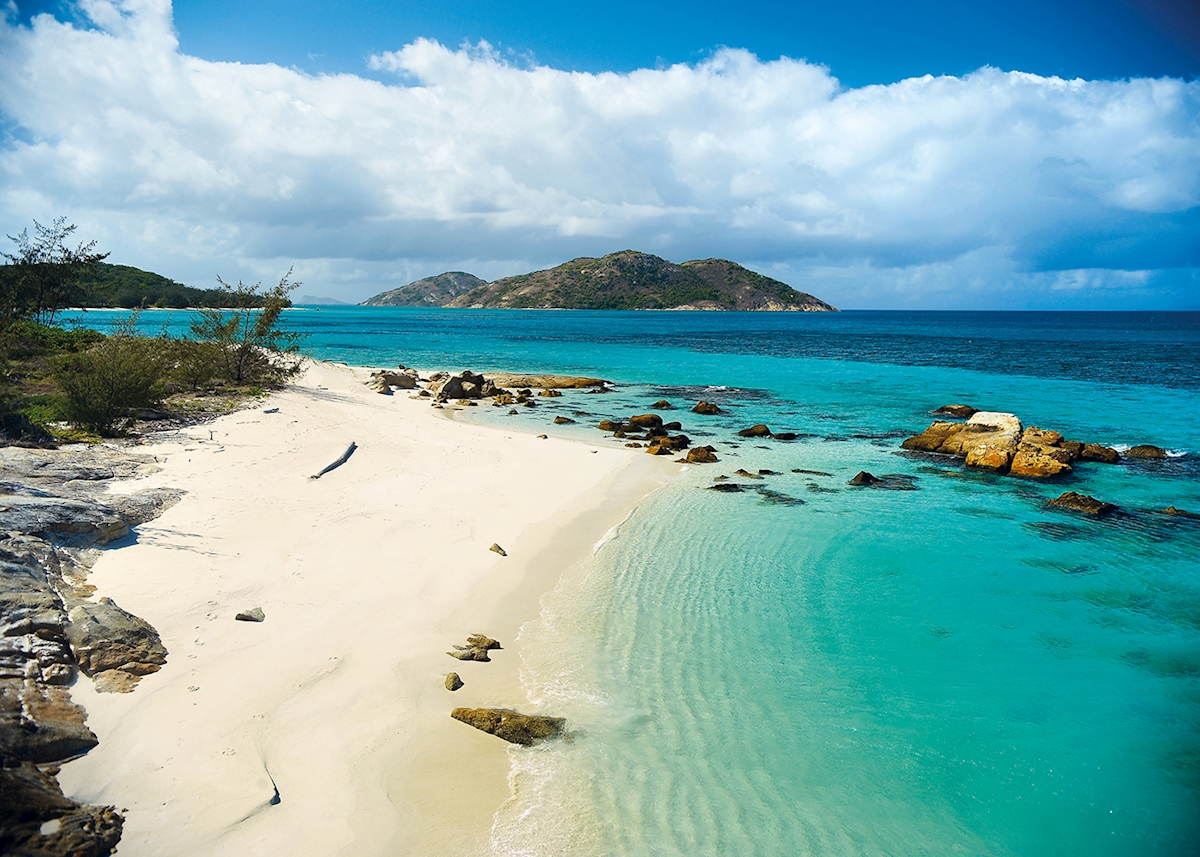 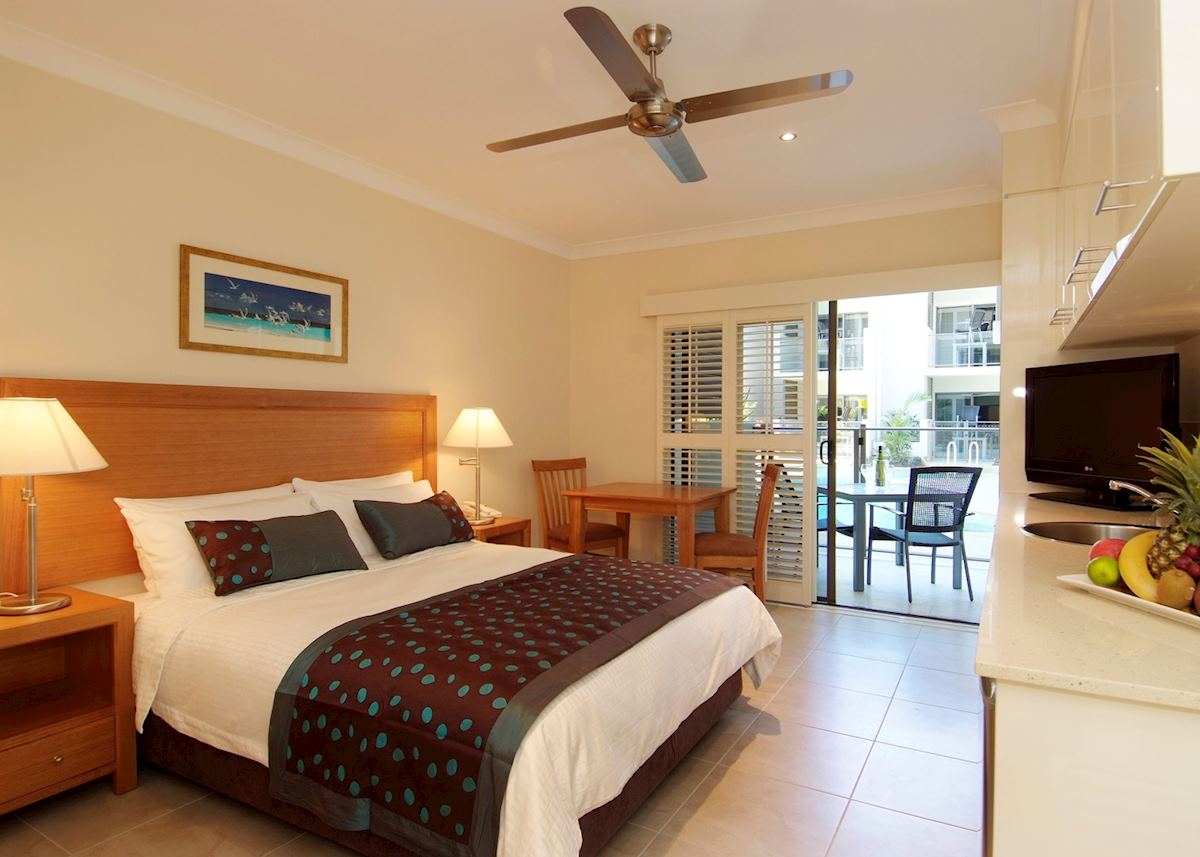 Where to stay: There is accommodation to suit every requirement on and around the Great Barrier Reef. You can choose to stay on the mainland, or on an island where you have the option of luxury retreats, large resorts or simple boutique hotels.

One of our preferred island resorts is the upscale and wonderfully relaxing Lizard Island, situated a short flight north of Cairns. On shore, we would suggest basing yourself in Port Douglas where there are some great accommodation options including the apartment-style Shantara Resort, close to the marina from where excursions out to the reef depart.

When to go: Though it is possible to visit the Great Barrier Reef year-round, we would advise against going between February and May when cyclones bring high winds and heavy rains that can prove destructive and result in the cancellation of reef excursions. The best time to visit is between June and November when the weather is typically dry and the temperatures are pleasant. 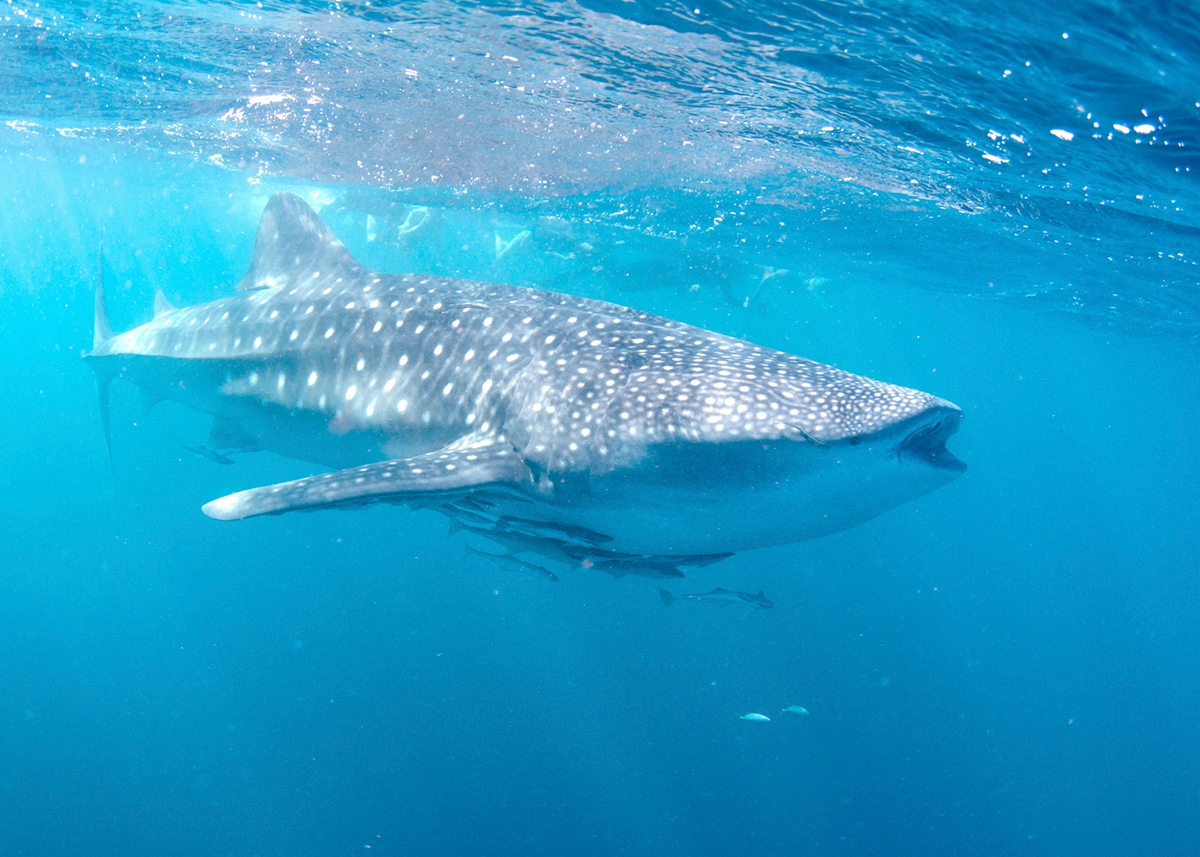 A short distance from the coast in northwestern Australia, the Ningaloo Reef is the largest fringing coral reef in the country and one of the biggest in the world. It is often overlooked in favor of the higher profile and more accessible Great Barrier Reef but it is well worth making the effort to visit.

There are over 500 species of fish living on Ningaloo Reef, including tropical and sub-tropical species, as well as manta rays, turtles and dugongs. The reef can be explored by boat excursion from coastal communities including Exmouth or Coral Bay. However, the main attraction is something far bigger.

A trip to Ningaloo gives you an opportunity for one of the most exciting and memorable aquatic adventures – a chance to swim among whale sharks when they arrive in April for the coral-spawning season. During this time, specialised excursions can be arranged to follow the sharks and swim alongside them.

There are several specialist diving operators that run day trips or overnight expeditions to some of the region's best dive spots. You can also explore by kayak, either joining a guided small group or, if you prefer, renting a kayak and paddling by yourself. Above or below the water, there are plenty of options to choose from.

The best feature of the Ningaloo Reef is perhaps its proximity to the coastline. I really enjoyed being able to pick up a snorkel and mask and simply walk down into the warm Indian Ocean straight off the beach, before dipping below the surface and exploring the underwater world on my own. 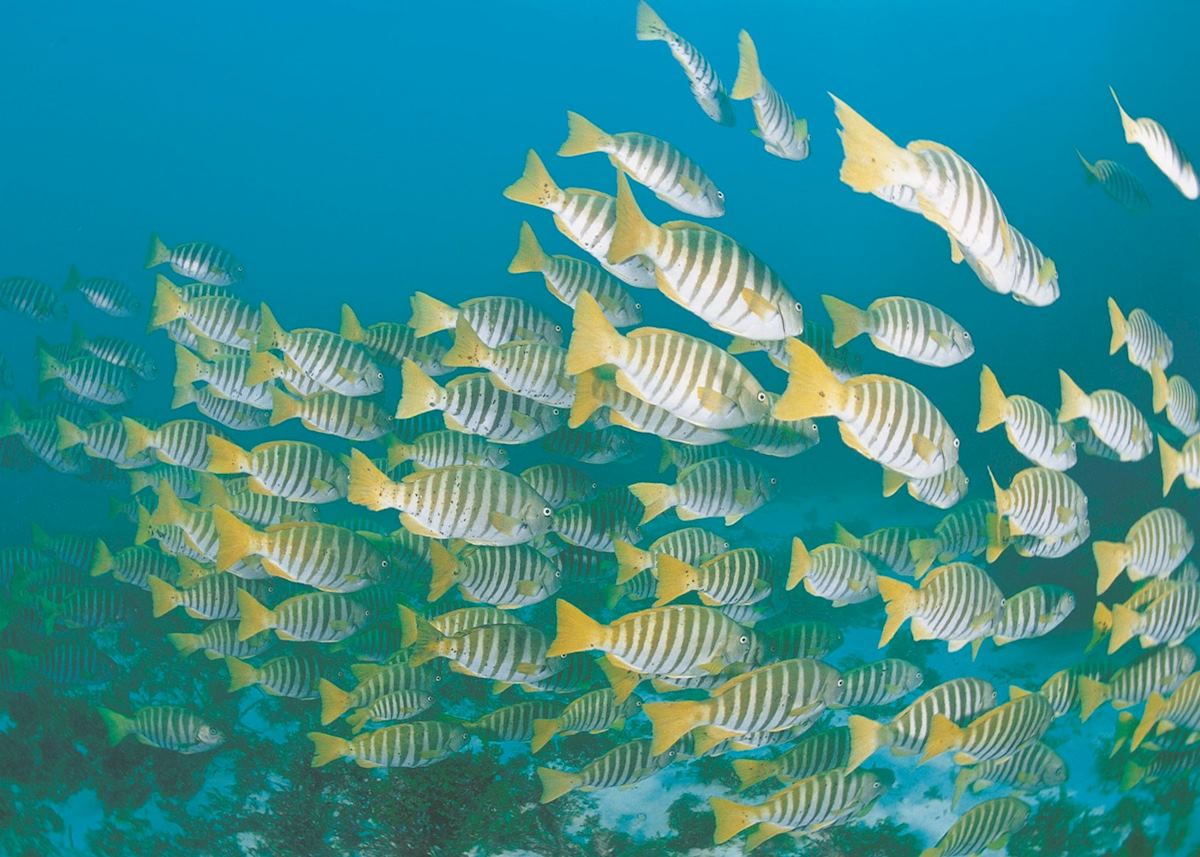 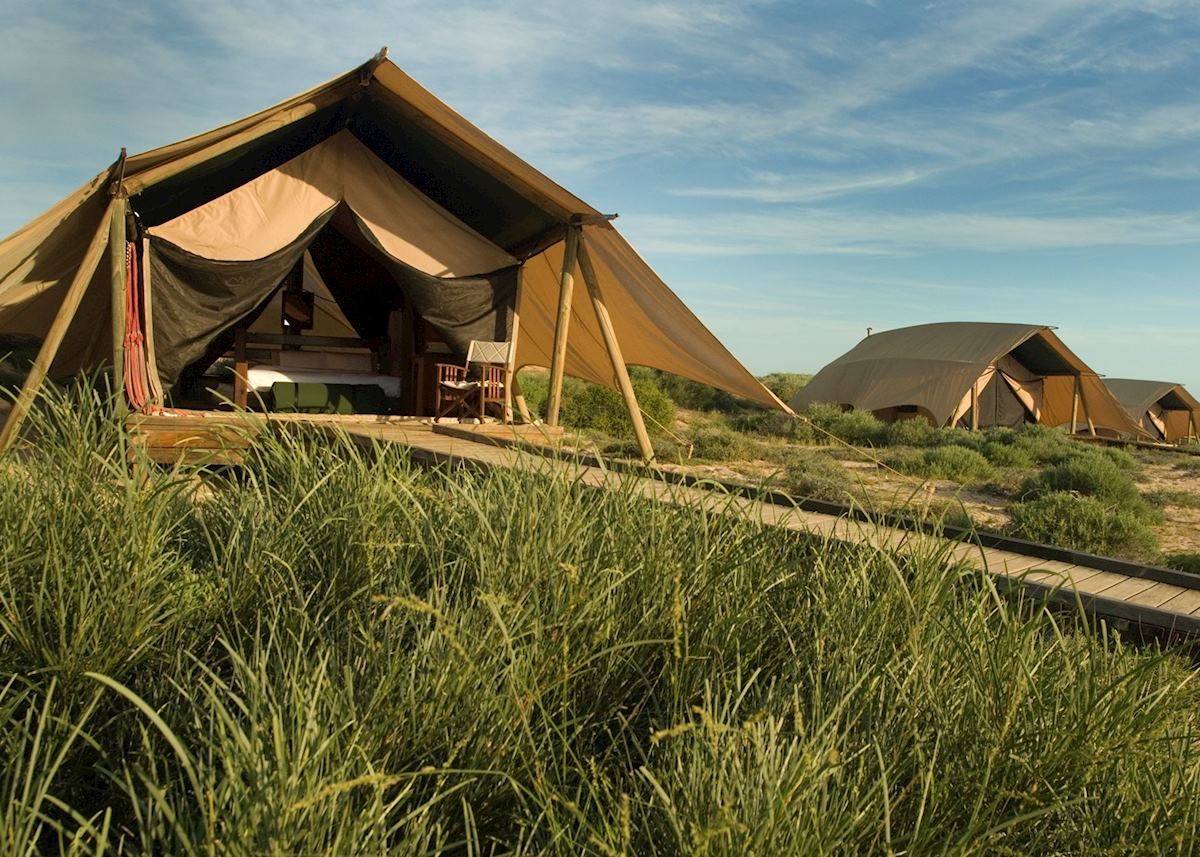 Where to stay: There are a limited number of accommodation options in the area, which can become busy during the whale shark season. Typically visitors choose to stay in the small seaside towns of Exmouth and Coral Bay where there is a collection of hotels and apartment complexes. For something a bit different we'd recommend a stay at a luxury eco-camp Sal Salis, nestled into the sand dunes right on the shore of the Ningaloo Reef.

When to go: The weather is largely sunny and warm year-round but, given the proximity to the equator, the Ningaloo attracts a tropical climate and has distinctive wet and dry seasons. The dry summer season runs from August to December while the wet winter season is May to June. The whale shark season runs from March to June. 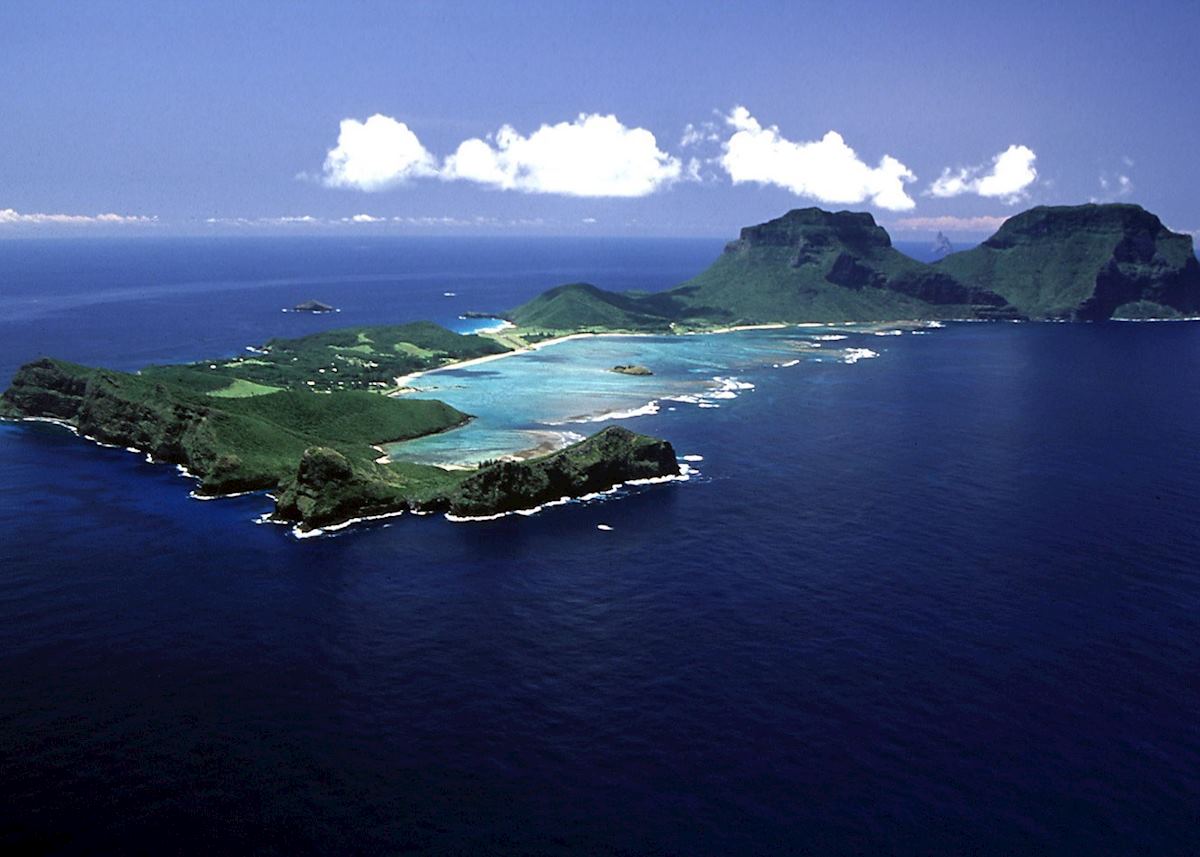 Formed from a now extinct volcano, Lord Howe Island sits on an underwater plateau that has created a diverse landscape so rich that it has been listed as a UNESCO World Heritage Site of natural significance. Although lesser known than the two aforementioned reef systems, the reefs around Lord Howe Island are home to marine life unlike any other found in the country, with a variety of tropical and temperate species and a large number of unusual plants.

The barrier coral reef, which would be considered extensive outside Australia, is the southernmost in the world and protects a sheltered lagoon and beautiful sandy beach. With few residents and limited visitor numbers, Lord Howe Island is comparatively quiet, which allows you to enjoy the surrounding reefs at your own pace. A morning snorkel is a lovely way to start the day while the water is calm.

Snorkeling gear can be hired locally from the dive shop for the cost of a contribution to the honesty box, and the reef starts just metres from the beach. A glass-bottomed boat operates in the lagoon if you'd rather stay dry. There are over 50 superb dive sites situated a short distance from shore and, with fishing restrictions and minimal water pollution, the marine ecosystems are some of the most pristine anywhere in Australia.

The coral reefs hang to sea trenches, caves and rock stacks, which makes for a beautiful sight. I was lucky enough to snorkel here, giving me a chance to experience huge schools of brightly colored fish everywhere I looked. It's also possible to see rare and endemic species such as Spanish dancers, double-headed wrasse and the (harmless) two-metre-long whale sharks. 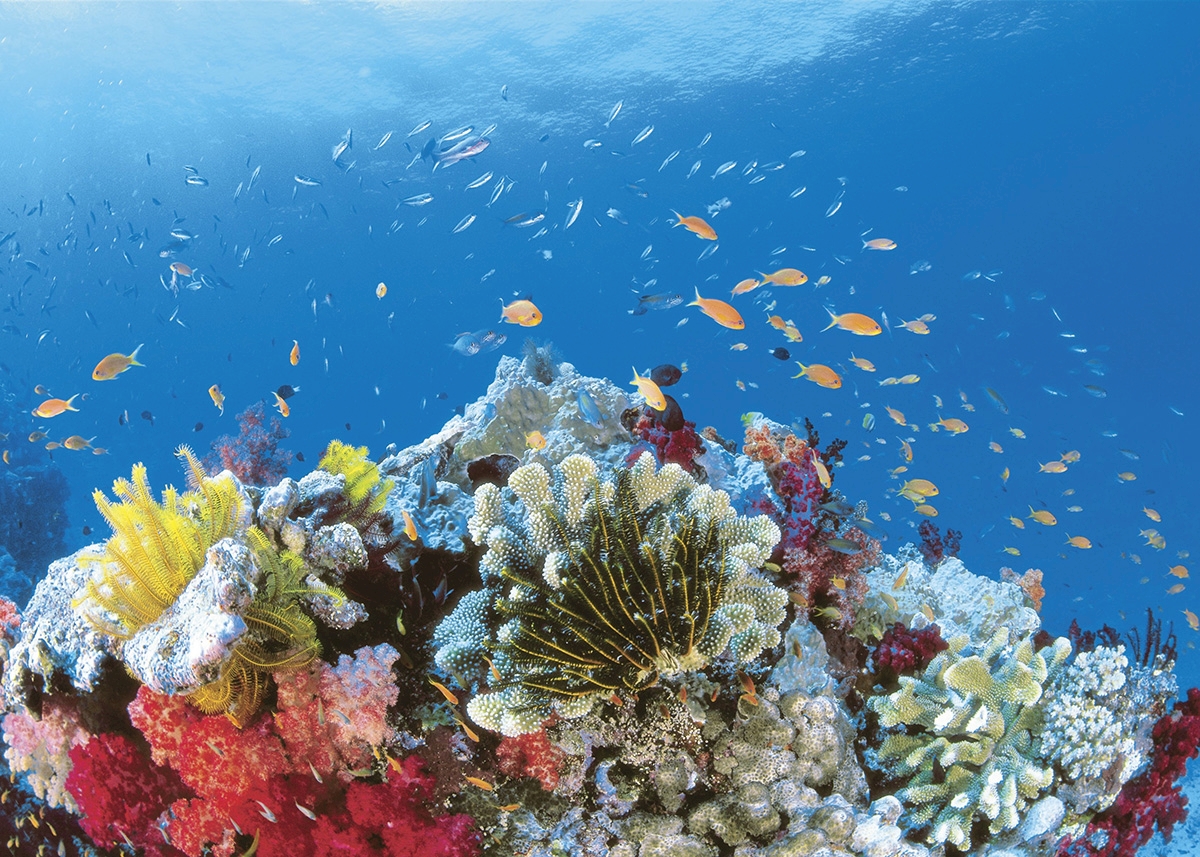 Swim amongst the colourful coral 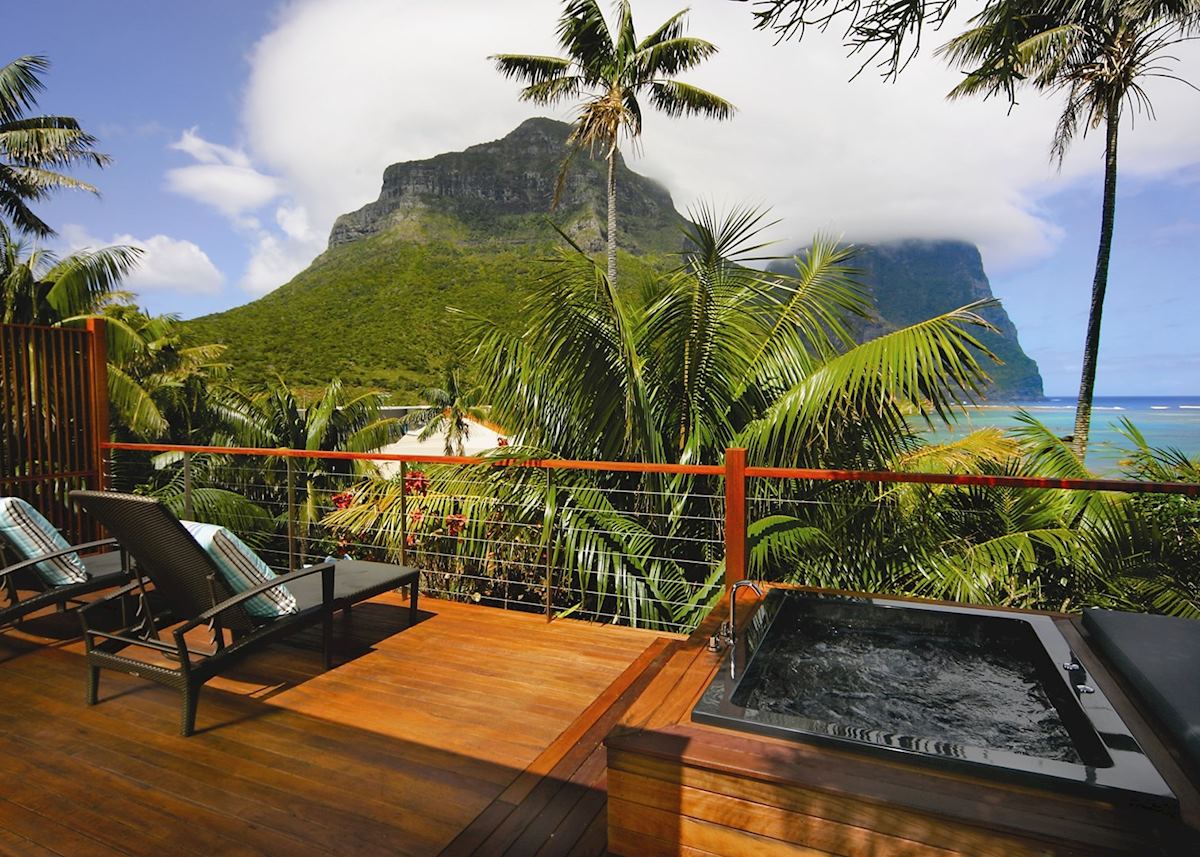 Where to stay: Capella Lodge is one of the few accommodation options on Lord Howe Island but thanks to its contemporary, stylish rooms and beautiful views of the ocean and surrounding mountains, there is no need to look much further. The lodge has a lovely relaxed feel and is renowned for good service and tasty cuisine. An all-round good choice and an ideal place to stay for exploring the reef.

When to go: Lord Howe Island is 300 miles east of the Australian mainland and attracts a temperate climate year-round. Sea breezes mean the summer is never too hot while warm oceans mean the winters are pleasant. However, to make the most of the longer days and warm evenings, we would recommend visiting the island between December and March. 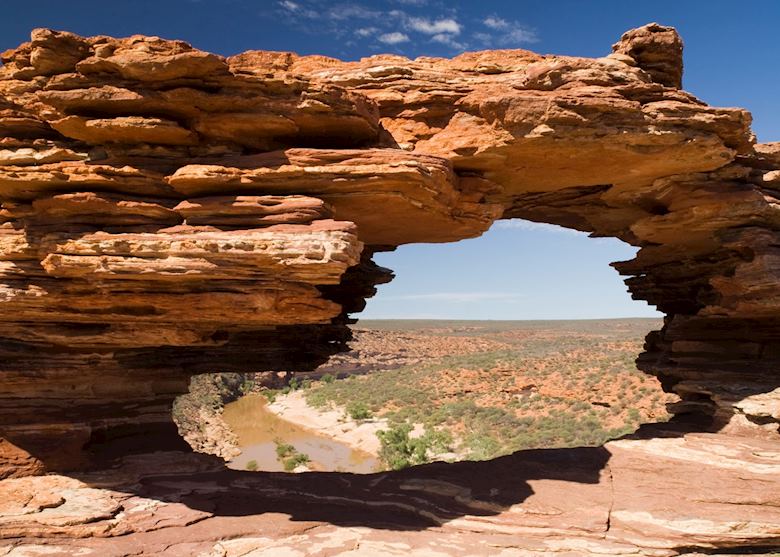 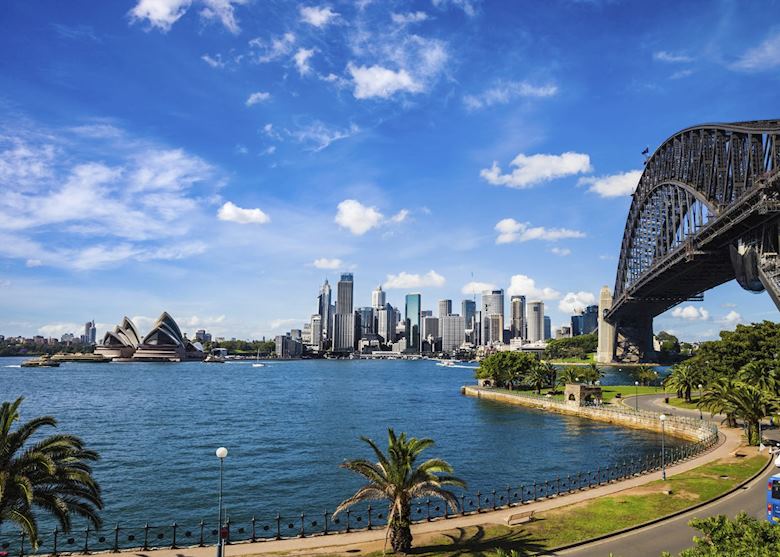 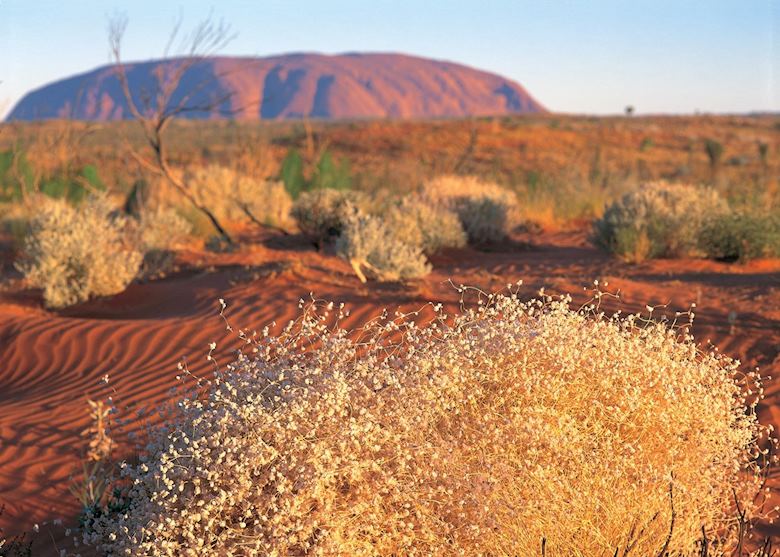