As plans for a new National Museum of Archaeology get underway in Peru, we explore some of the incredible finds of Latin America and where you can discover their history in the best museums.

Museum of Biodiversity, Panama, by Holly 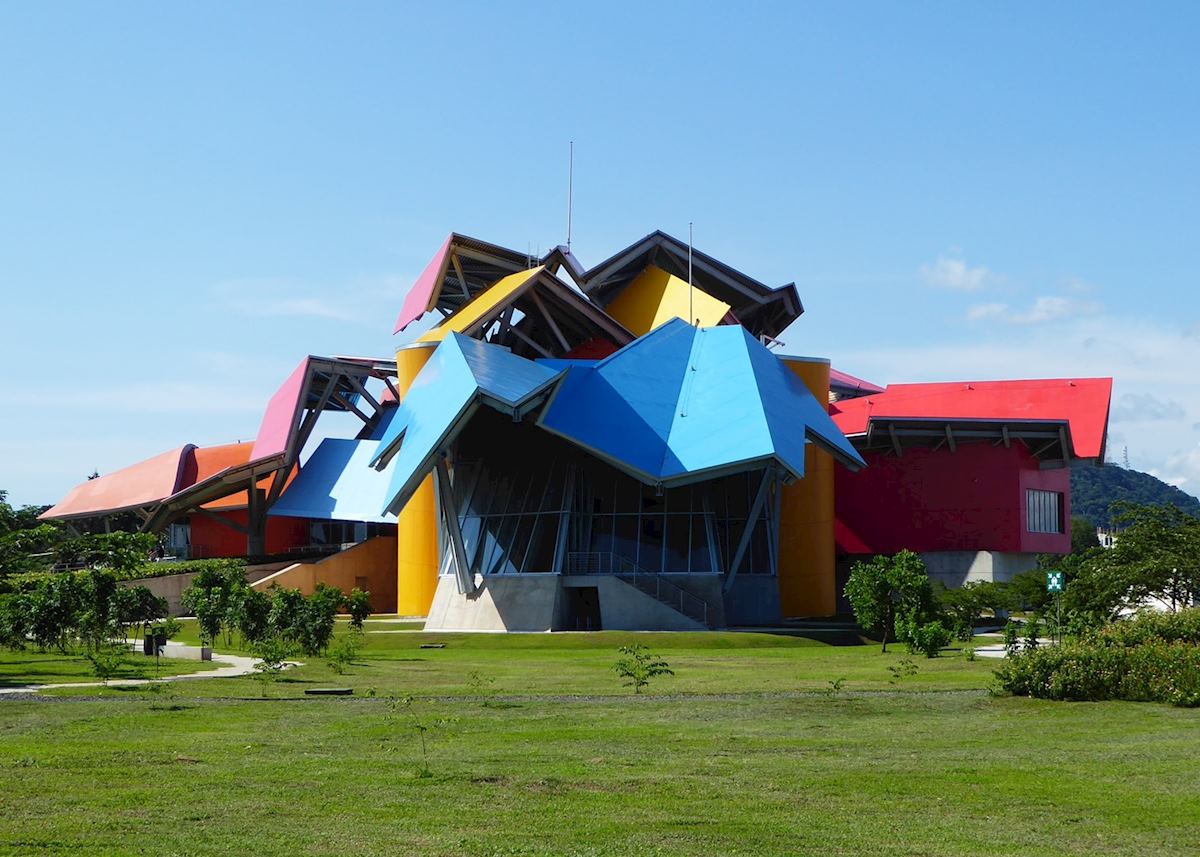 Newly opened after years of planning, the brightly coloured and interactive Biodiversity Museum in Panama is a great visit. I had no idea how important the Isthmus of Panama is to the world! It’s a weird building too – the only one designed by Frank Gehry in Latin America.

There are eight galleries explaining the origin of the Panamanian Isthmus and its impact on the planet’s biodiversity. Audio guides are free with your entrance and there are gardens to enjoy as well as a cafe and shop. In the next phase of completion aquariums are planned.

Time to allow: Two hours
When is it open? Closed on a Monday, Tuesdays – Fridays 10am to 4pm, Saturdays and Sundays 10am to 5pm
Plan a visit: as part of our Classic Panama trip idea 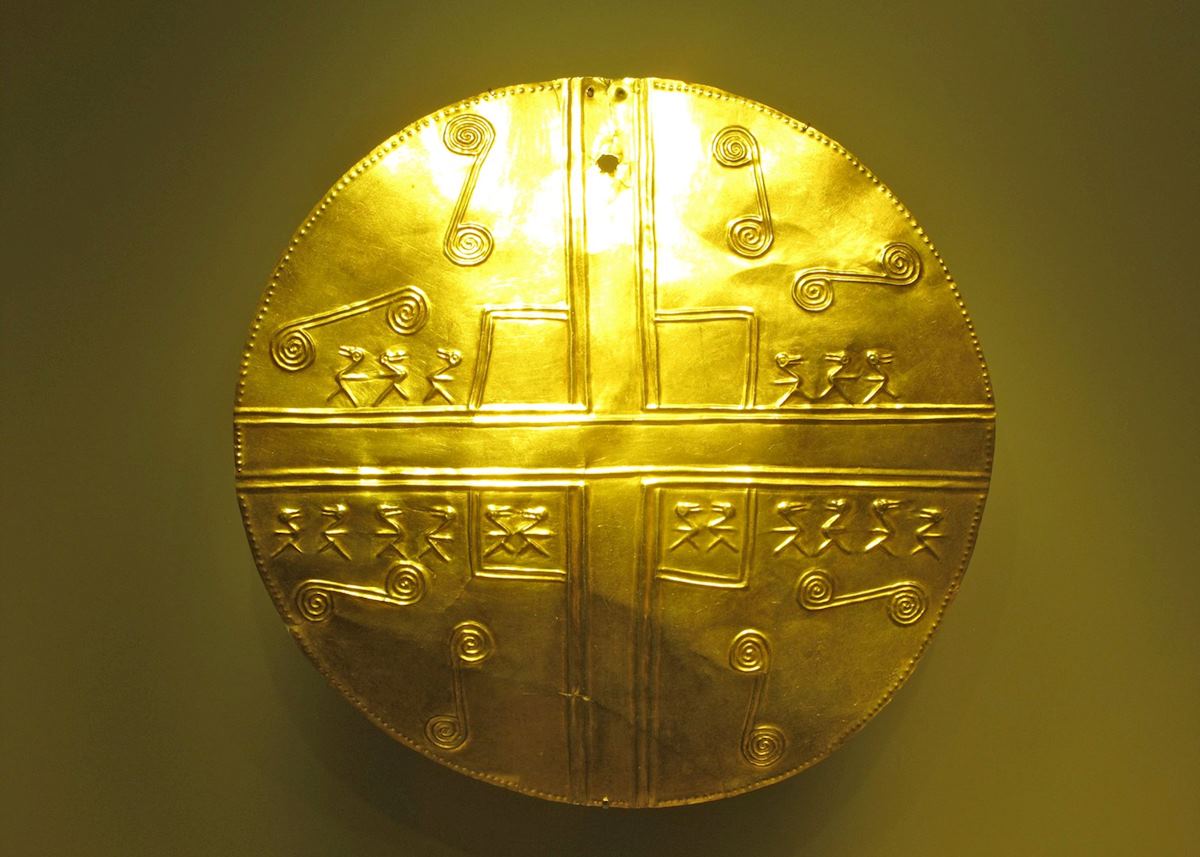 Artefacts on display in the Bogotá Museum, Colombia

The Gold Museum is a must when visiting Bogotá, it is centrally located in La Candelaria district, the historic side of the city. It is not just about gold itself but the history of the region and the role gold played in the country’s development. There are three different floors in the museum, with bilingual explanations of almost all of the pieces.

The museum contains over 55,000 different pieces of gold and other materials from Pre-Hispanic cultures in Colombia, it is hard not to be impressed by how much they have! I can highly recommend heading to the third floor and visiting the ‘offering’ room which is a fantastic sensory experience highlighting how gold was traditionally used in rituals.

Time to allow:  Two hours
When is it open?  Closed on a Monday, Tuesday - Saturday 9am – 6pm, Sunday 10am – 4pm
Plan a visit: as part of our Simply Colombia trip idea 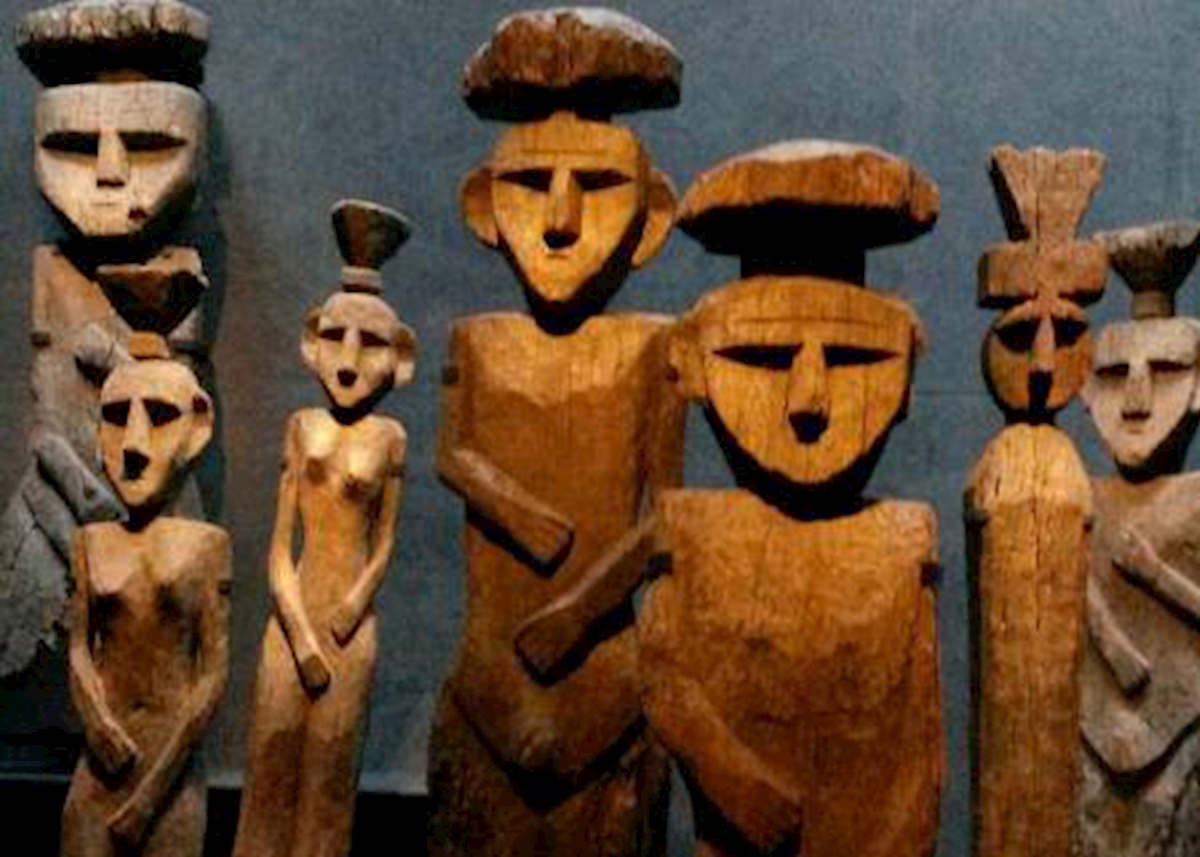 Whilst Chile isn’t known for its rich pre-Columbian culture, this museum turned out to be a real gem, with fascinating displays spanning 14,000 years of Chilean history as well as the whole of the Americas. Curious faces and figurines abound, wonderful textiles and some blush-worthy Moche ceramics!

Keep an eye out for free entry on the first Sunday of every month and the Museos de Medianoche (Museums at midnight) event sometime in October or November when all of Santiago’s museums are open until midnight with special events and exhibitions.

Time to allow: One hour
When is it open?  Tuesday to Sunday, 10am to 6pm. Closed Mondays.
Plan a visit: as part of our Northern Chile trip idea 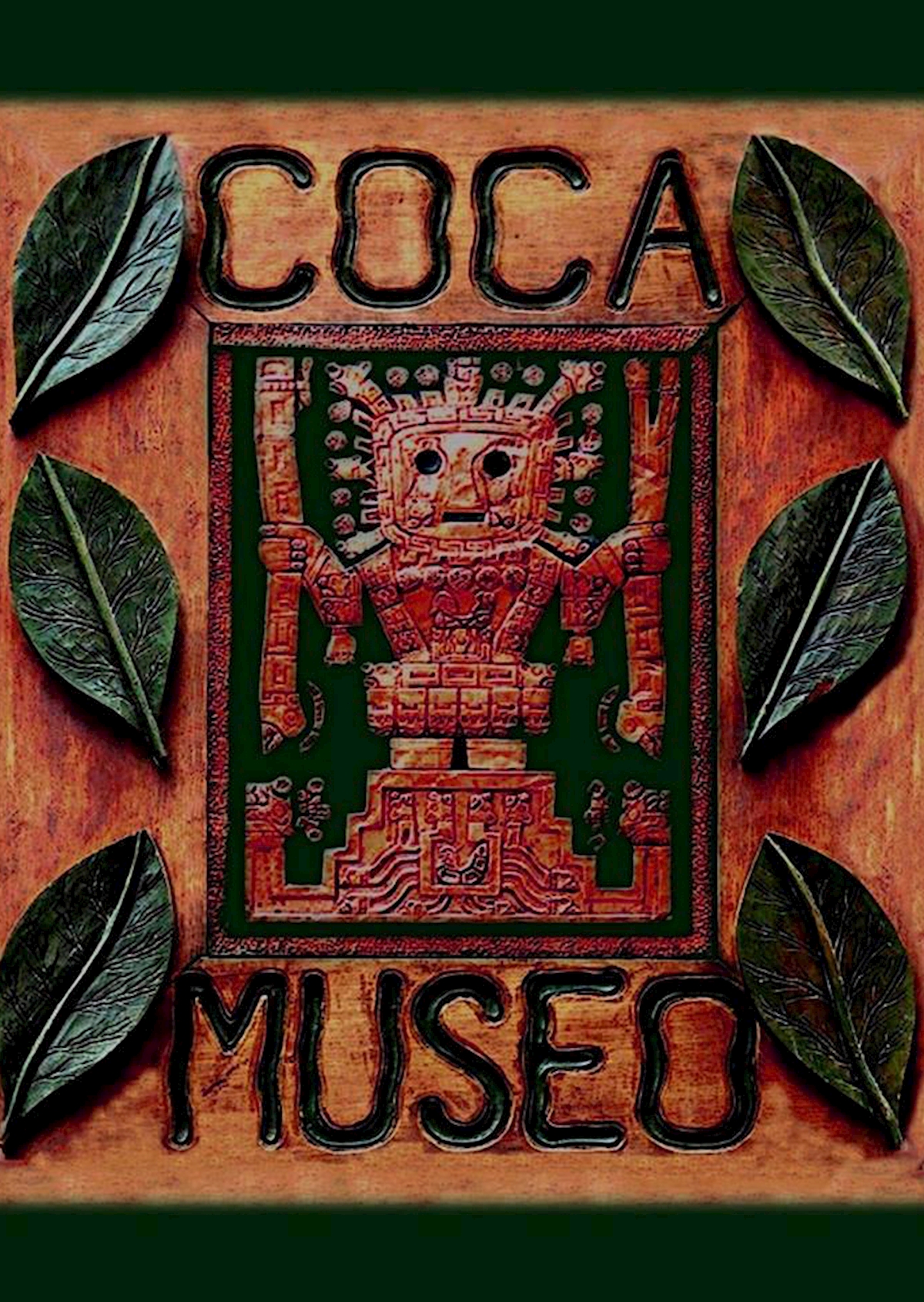 The Museo de Coca near to the Witches’ Market in La Paz certainly won’t win any awards for sophistication and style. However, this rustic little museum makes a valiant effort to educate visitors about the much maligned coca leaf (the main ingredient of cocaine and one-time ingredient of Coca Cola), looking at the history of the leaf and its important place in Andean culture.

The exhibits are simple and somewhat one-sided, but you can’t fault the enthusiasm to re-brand the local leaf and it’s a quirky stop for half an hour. The on-site cafe even gives you the chance to say that you’ve tried some of the more legitimate uses such as the tea or even chewing the leaves like a local.

Time to allow: Half an hour
When is it open? Closed on a Monday, Tuesdays – Fridays 10am to 4pm, Saturdays and Sundays
Plan a visit: as part of our Simply Bolivia trip idea 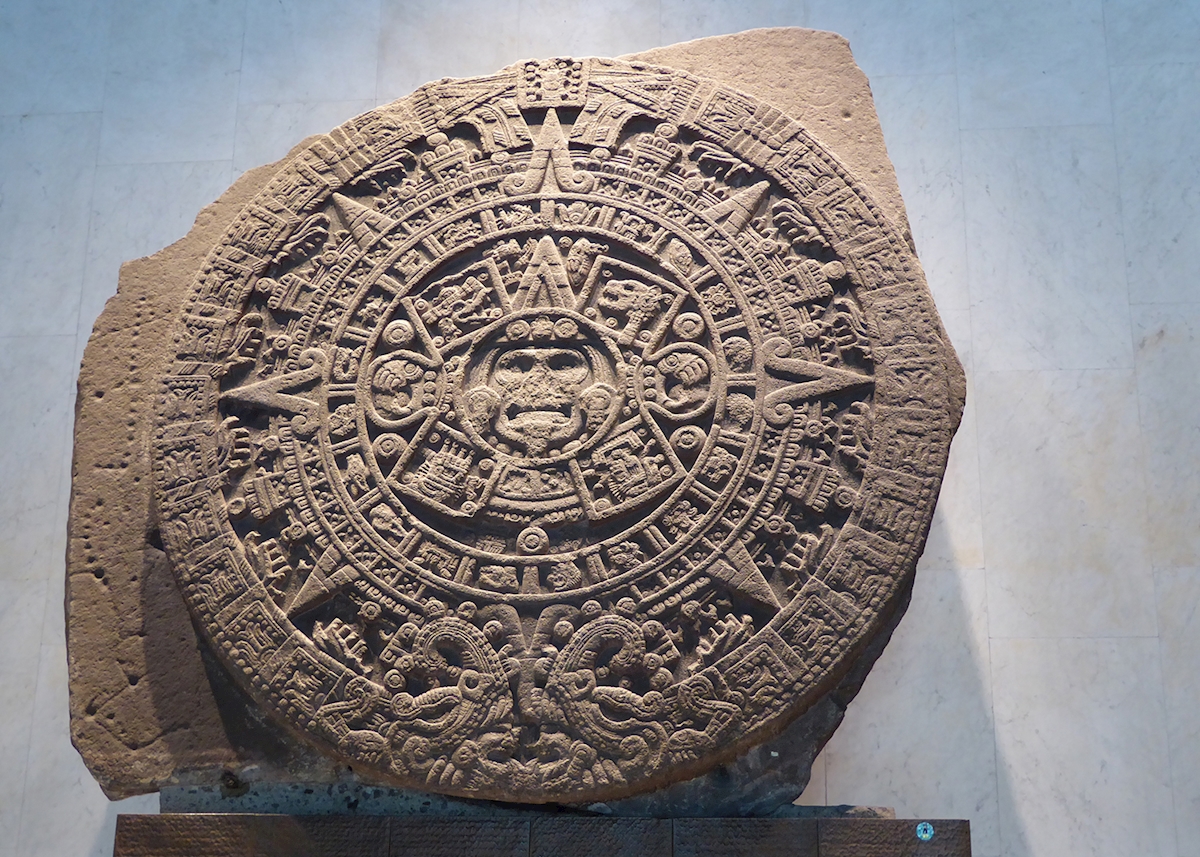 Sun Stone of the Mexica civilisation, Museum of Pre-Columbian Art

Located in Chapultepec Park in the heart of this bustling capital city, the Anthropological Museum is a world class offering, with a vast collection of artefacts from across the country. The museum is divided into different Mesoamerican cultures, from the more well-known Aztecs and Mayans through to less famous civilisations such as the Olmecs and Zapotecs.

A visit here helps to make sense of the country’s major archeological sites which you may visit later on your trip, from nearby Teotihuacan to Monte Alban, Palenque and Chichén Itzá. The rooms are bursting with larger-than-life anthropomorphic figures, huge stelae and elaborate ceramics.

Time to allow:  At least two hours minimum. A whole day can be spent here
When is it open? Closed on Mondays, 9am to 7pm Tuesday to Sunday
Plan a visit: as part of our Classic Mexico trip idea 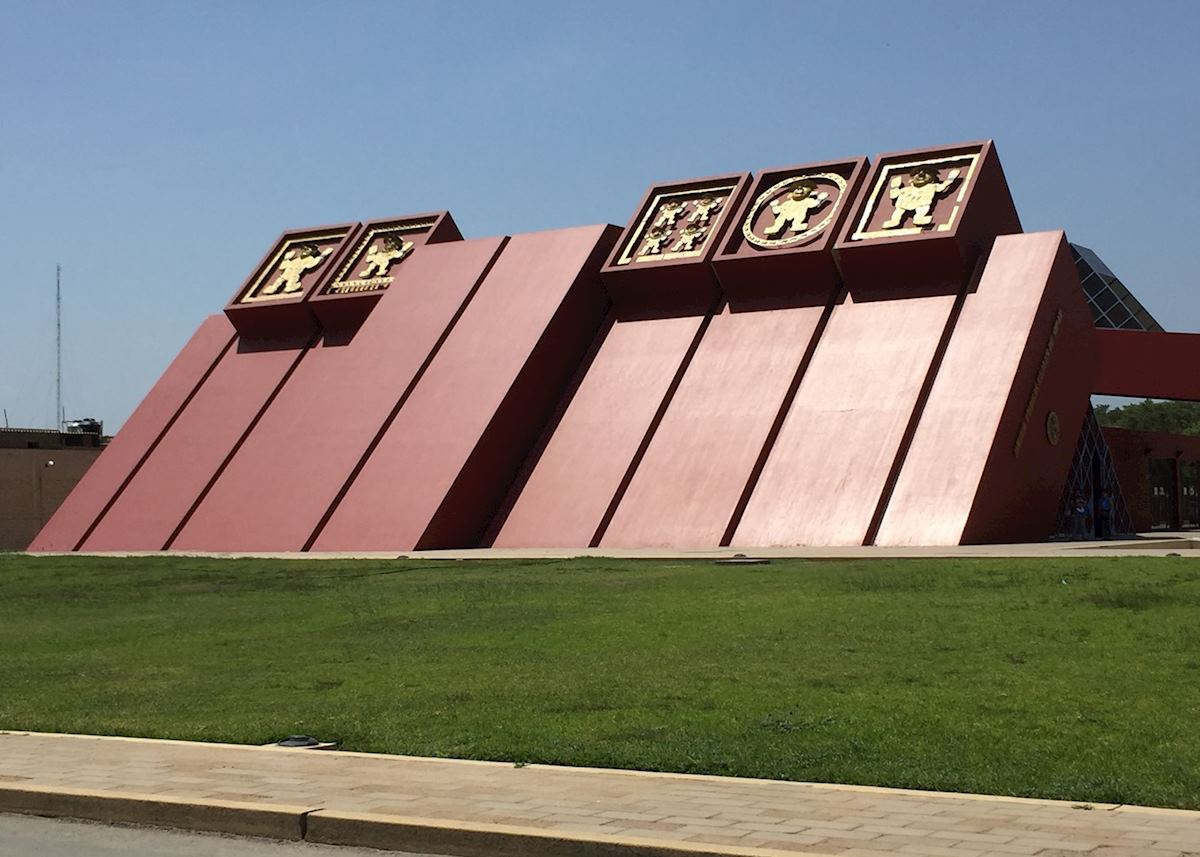 The Royal Tombs Museum near Chiclayo was built to house the amazing discovery of the Moche leader – The Lord of Sipan, which was discovered in 1987. The museum is home to the 1700 year old tomb and the wonderful gold pieces that were found in it. The artefacts are in such good condition that they have done world tours and the discovery is widely considered to be one of the most important in the Americas.

What I really loved about visiting was all the gold and the fact that these discoveries are so recent and untouched by thieves. In total 14 tombs were found and the majority of those items are on display on the museum. The Señor de Sipan was buried with a couple of llamas and a Peruvian dog! I would recommend a guided tour as the museum is a bit off the beaten track. Combine it with a drive to Trujillo where you can visit the Madame de Cao museum en route.

Time to allow:  Two hours
When is it open? Open Tuesday to Sunday 9am - 5pm, closed Mondays
Plan a visit: as part of our Peru in-depth trip idea