In the courtyard of the mosque is a white marble tomb of Sheikh Salim Chishti, who prophesised the birth of Akbar's son: it was when this child appeared the ruler ordered the city to be built in celebration. 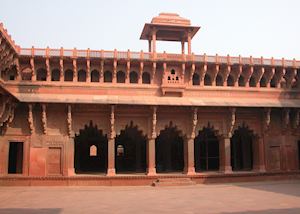