The explosion was said to have been the loudest heard by modern man; the noise carried as far afield as Myanmar to Australia while the shockwaves traveled seven times around the world. Volcanic debris from the six cubic miles of rock spewed out fell as far away as Madagascar.

The huge tidal waves created by the explosion are thought to have reached 40 m in height and destroyed over 165 towns and villages in Sumatra and Java, taking more than 36,000 lives. The effects of the tidal waves were even recorded as far away as the English Channel so powerful were the effects. The ash clouds from the explosion circled the Earth for three years creating strange and spectacular sunsets.

The island volcanoes that have formed from beneath Krakatau are centered around Anak Krakatau, or 'Child of Krakatau' however there are actually several neighboring volcanic islands that are much bigger in size although less active. Anak Krakatau has a black sand beach running around half the island that backs onto dense forest which thins out up the slope of the volcano.

The other side of the island is devoid of life as thick lava regularly flows down the slopes and into the ocean. The beach side is great for swimming in the shadows of the surrounding volcanic islands and the warm volcanic waters make for bath-like temperatures — a unique experience.

Legon Cabe, or 'big' Krakatau, is around 20 minutes' boat journey away and has a beautiful coral reef around one side that offers excellent snorkeling and the views over to the peak of Anak Krakatau are superb. 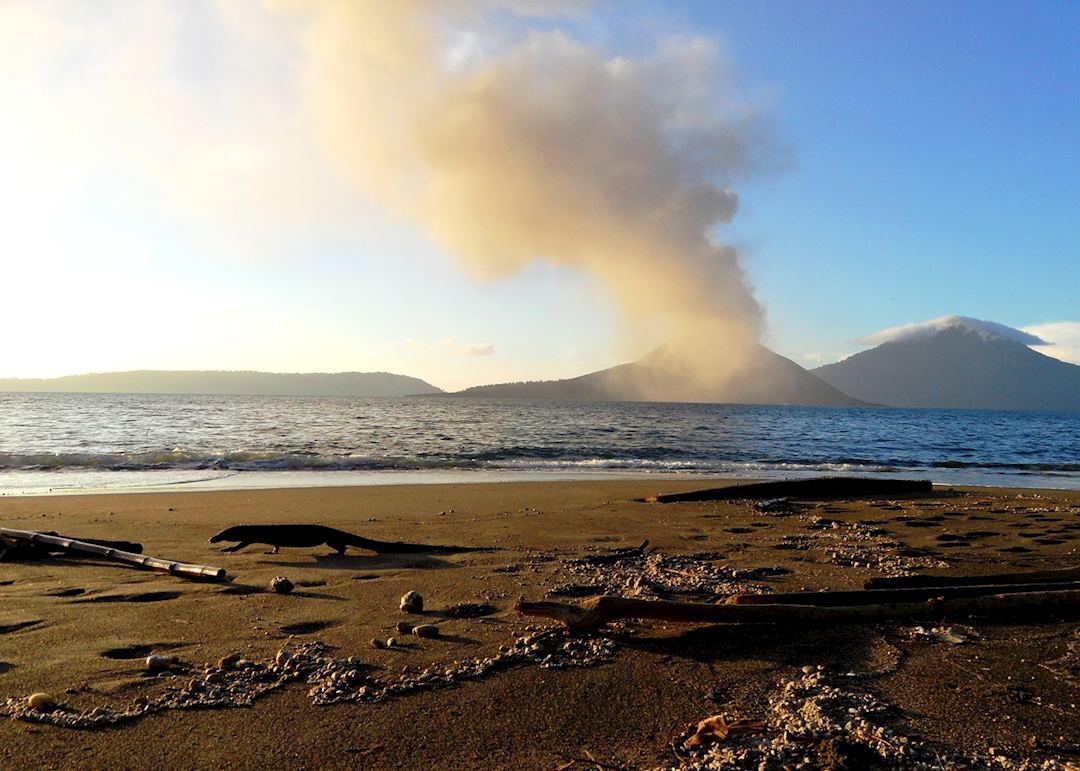