Lakefront views along the promenade, botanical garden strolls, boat trips, and museum visits, in one of Lake Garda’s most elegant towns.

A relaxed yet sophisticated lakeside town, Gardone Riviera sits a third of the way up Lake Garda’s western shore, making it a good central point for exploring other towns and villages by car or boat. Here, Belle Époque hotels, grand villas, and manicured gardens dot the hillside, and the historic heart, Gardone Sopra, contains a small chapel and attractive piazza.

During your stay, you can stroll along the promenade, which is lined with cafés and restaurants that give you a front-row seat over the lake’s teal waters. Balance this with time spent wandering the Heller Gardens, which bloom with more than 3,000 species of tropical plants and flowers. You might also like to visit Vittoriale degli Italiani, once home to renowned poet and playwright Gabriele D’Annunzio, or venture further afield to visit Verona’s churches and Roman amphitheater. And, of course, you can while away a few hours on boat trips out on the lake.

Things to see and do in Gardone Riviera

Whether you’re perusing the promenade or exploring the old part of town, you’ll find Gardone Riviera has a laid-back atmosphere, with leafy trees, bright flowerbeds, artisanal gelaterias, and baroque piazzas adding to its allure. Part of the joy of staying here is simply relaxing with a drink and soaking in the views, adopting a slower pace of life.

We can arrange for you to take boat or ferry trips out onto the lake for a different perspective as your guide tells you more about the area. You can also visit the Church of San Nicolò, built between the 14th and 18th centuries, which contains several historic paintings and frescoes.

Besides relaxing, you might want to visit Vittoriale degli Italiani, a hillside estate built in 1921 as the home of Italian poet, playwright, politician, and national war hero Gabriele D’Annunzio. In fact, the money for its construction and expansion was provided by the then-fascist government as a way of keeping D’Annunzio — who disagreed with many of their policies — away from politics in Rome.

Today, you can tour the opulently decorated rooms of the main Prioria building, which are filled with memorabilia and help paint a picture of his life here. You’ll also find the mausoleum where D’Annunzio was laid to rest, an amphitheater, and lush gardens. Look out for the bow section of the Puglia cruiser jutting from one of the hilltops, which is said to have been positioned to face the Adriatic ‘ready to conquer the Dalmatian shores’.

Also known as the Hruska Botanical Gardens — named after their former owner and creator, royal doctor-dentist Arturo Hruska — the Heller Gardens were established between 1912 and 1914. Today, the gardens are alive with more than 3,000 trees, plants, and flowers from around the world — you’ll see species from the Alps, New Zealand, Canada, and Africa as you stroll its paths.

In addition to the flora, you’ll also come across several works of art dotted around the grounds that were donated or commissioned by Austrian artist André Heller. Some are nods to different cultures, from Tibetan and Buddhist symbols to a Chinese water clock, while others are designed to conjure childhood memories.

Nearby towns and cities

Less than ten minutes’ drive from the Gardone Riviera area is the town of Salò. While best-known for being Mussolini’s de facto capital between 1943 and 1945, its roots go back to the Roman era, and you can see palaces and cathedrals that have stood since the 15th and 16th centuries.

You can pay a visit to the town’s Palazzo della Magnifica Patria, where a museum holds exhibits on Renaissance history, the Spanish Civil War, and the resistance against Mussolini’s fascism. There’s also an archaeological museum that contains findings from the Roman period, as well as a more modern local museum, MUSA.

We can also arrange for you to visit the city of Verona during your stay in Gardone Riviera, which is just over an hour’s drive away. The setting for Romeo and Juliet, it’s a city of historic churches, pretty squares, and an almost-intact Roman amphitheater.

Gardone Riviera is best visited in May and June or September and October, when you have the best balance of warm, sunny days, quieter sights, and a wide choice of places to stay. Attractions are also open in July and August, but prepare for hot temperatures and more crowds. 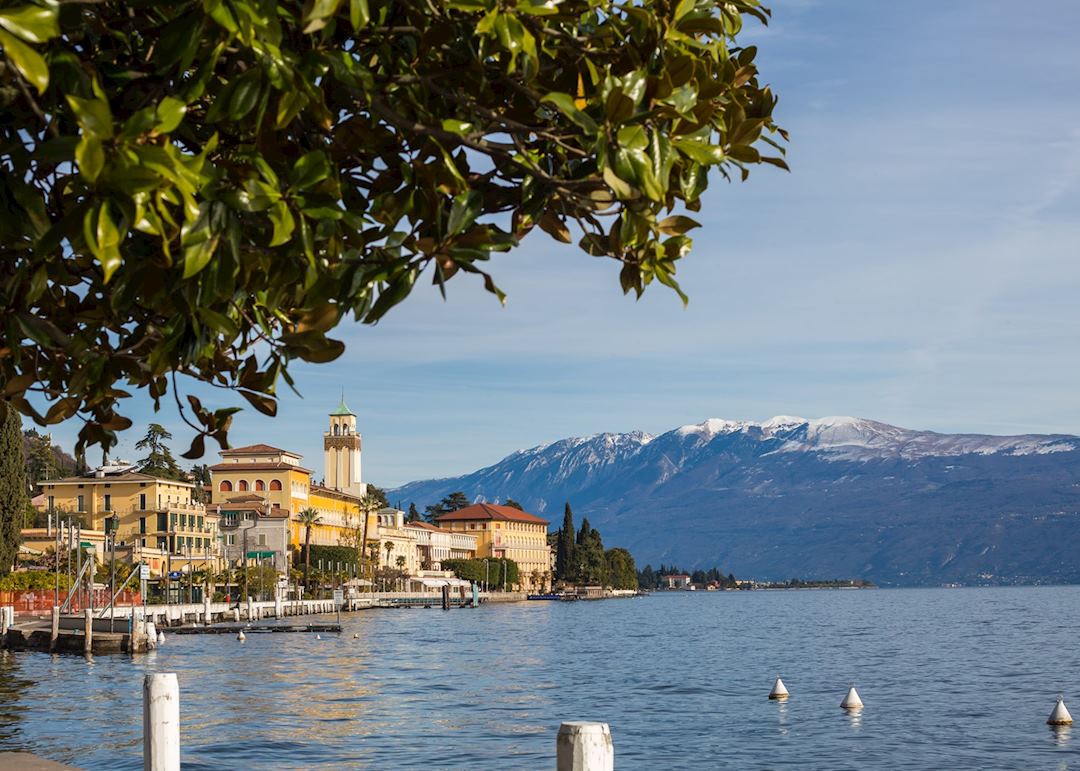