Birthplace of Christopher Columbus, virtuoso violinist Paganini and pesto, Genoa is the capital of Liguria and for centuries was a fabulously wealthy maritime powerhouse. The city remains Italy's largest sea port and although its docks appear rather workaday, they shield a city aptly nicknamed 'La Superba'.

The old town is a labyrinth of dark, narrow streets that open onto grand squares and boulevards. These are lined with Renaissance and Baroque churches and palazzi that remain testament to Genoa's illustrious past. In recent years the city has had a much-needed rejuvenation, with historic buildings restored and leading local architect Renzo Piano drafted in to design impressive new additions to the skyline.

The Republic of Genoa was an independent city state that ruled much of the region and well beyond from the 11th to the 18th centuries. It was one of Italy's four major maritime republics and its ships sailed to the far corners of the globe, bringing back precious cargoes of commercial goods as well as ideas, teachings and designs from its colonies.

The city quickly became a highly wealthy and cosmopolitan place, attracting the most prestigious architects and artists of the day. They flocked here to take up commissions from wealthy merchants, build grand palaces and paint flattering portraits of their patrons.

The medieval heart of the city remains largely intact, a cobbled, cluttered and densely packed tangle of caruggi (narrow lanes). In places they are lined with fashionable boutiques, cafés and bars, while others are hung with washing and buzzing with everyday activity.

On the wider and more stately Strada Nuove, the new streets, which were built in the 16th and 17th century, are a large collection of palatial houses built by the wealthy merchants of the day. Many are now UNESCO-protected and some house museums and art galleries. The most magnificent are called the Palazzi dei Rolli and belonged to the city's most affluent and noble families.

One of the most interesting to visit is the Palazzo Reale which was formerly a home of the Savoy Dynasty. Its lavish rooms are blanketed in ornate stuccowork, 17th-century art and fine furniture, while the terraced gardens are immaculately kept.

Three other former palaces now operate as the Musei di Strada Nuova, which houses a significant collection of old masters including works by Van Dyck, Dürer, Veronese, Caravaggio and Rubens. Palazzo Ducale, once the seat of the republic, is also open to the public, and hosts temporary art exhibitions and cultural events.

Of the city's many churches, the black-and-white-striped Cattedrale di San Lorenzo is the most eye-catching. It was consecrated in 1118 and redesigned and refined on many occasions since. The cupola and bell towers were added in the 16th century and a side aisle is said to hold the ashes of John the Baptist.

Down on the waterfront, you'll find a maritime museum that traces the history of seafaring. It includes a section dedicated to the city’s native, Christopher Columbus. You'll also get some of the best views in the city from the top floor.

Nearby is Europe's largest aquarium and one of the oldest and tallest lighthouses in the world, which dates from the 16th century. From the far side of the marina, you can walk along the Corso Italia, a waterfront area lined with elaborate villas, to arrive at Boccadasse, a jumble of brightly painted houses huddled around a little cove. 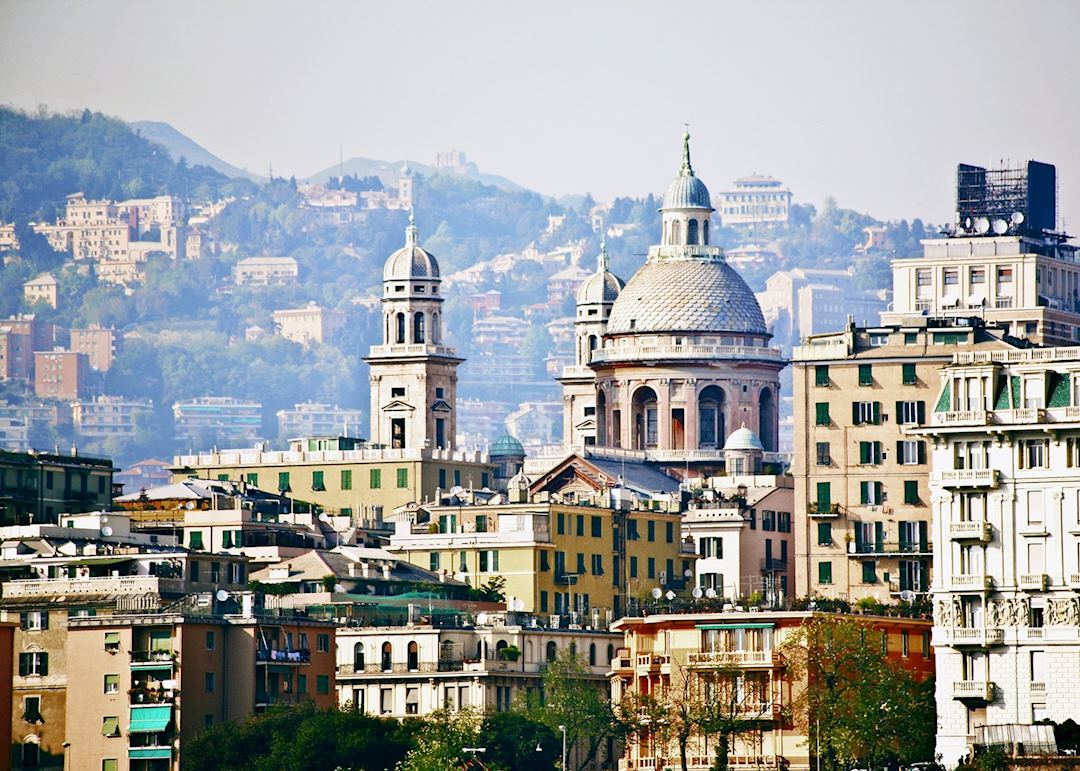 Start planning your trip to Genoa

We’ve selected a range of accommodation options for when you visit Genoa. Our choices usually come recommended for their character, facilities and service or location. Our specialists always aim to suggest properties that match your preferences.