It is situated in the center of the island length-wise, and 90 miles away from the eastern coast. The city occupies a commanding position, being built on a series of hills. In years gone by the king used to occupy his palace on the tallest hill and from there he would look down over the smaller hills where all his wives lived. The city grew from there and modern day Tana now sprawls across the hills. 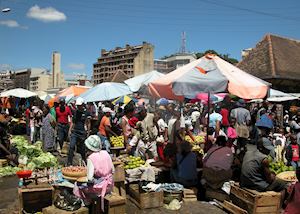 Looking down from the plane window as you approach you can see clusters of red clay houses and steepled churches on hilltops and a mosaic of fields. Dotted in the empty countryside are the white concrete Merina tombs from where the dead will be exhumed in the famadihana ceremony. Driving into town from the airport is fascinating. Whilst there is no doubt that you are in a working African city it is one of the more attractive ones. Taxi-brousses zip along the roads that are also home to zebu-carts, people pushing homemade wheelbarrows, street traders selling everything from bananas to brooms and more. 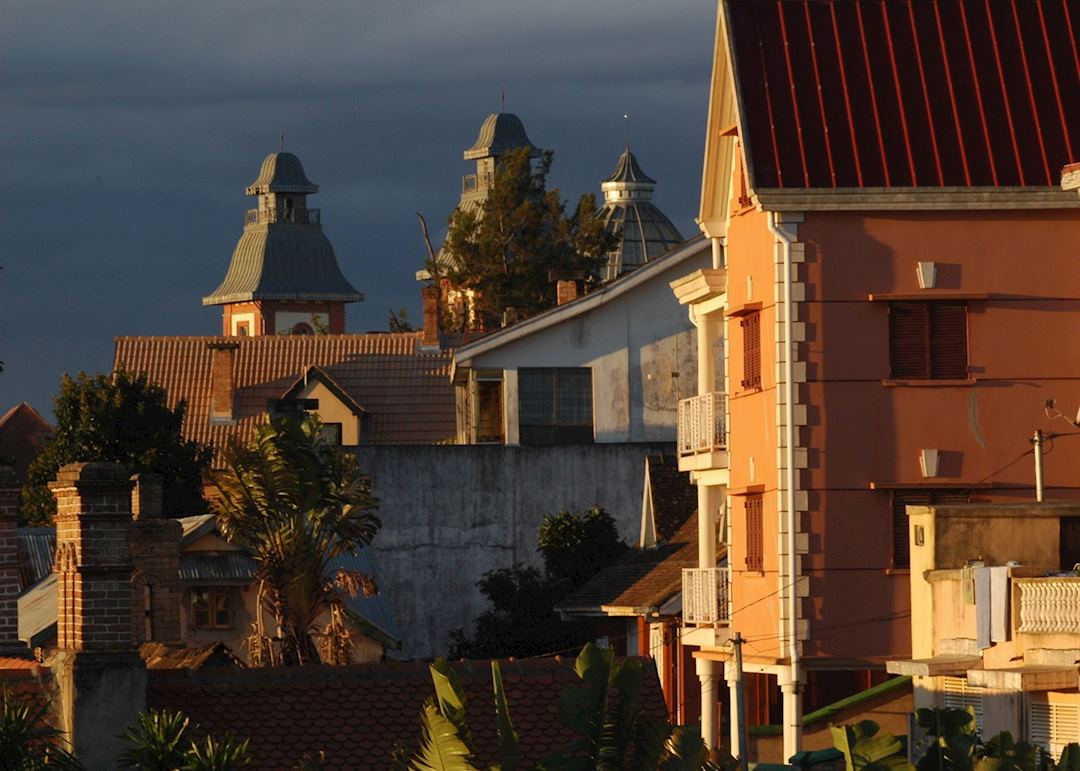 Start planning your trip to Antananarivo