The Riôtel Percé occupies an enviable position in Percé, with easy access to the town’s amenities while enjoying sweeping coastal views and bracing sea air.

Percé’s famed seascape has clearly been a key consideration in the property’s design, and the ocean is visible from throughout the hotel, whether framed in the seafront restaurant’s panoramic windows, admired from its carefully positioned outdoor fireplace and hot tub, or enjoyed from its guest rooms. Accommodation is divided between the main inn building (which also houses the hotel reception and restaurant), and the annex, whose spacious rooms all feature balconies and views of Percé’s star attractions — the Rocher Percé and Bonaventure Island.

In this small town where options are somewhat limited, the Riôtel Percé ticks the boxes for us — comfortable rooms, delicious food, and unsurpassed sea views.

The property features three room categories (all varying in size) and two suites, spread between the main inn building and its annex. Typical of the region, guest rooms are simple, but ensure a comfortable base from which to explore Percé. All 84 rooms feature queen size beds (both double and twin rooms are available), coffee machines, cable television, fridges and complimentary Wi-Fi. Three rooms also have a kitchenette. The majority of rooms have views of the sea, and around half have full or partial views of the Rocher Percé and Bonaventure Island. Air conditioning is available in some rooms, and the hotel’s premium room category features a shared balcony and recently renovated bathrooms.

Located to the south of Percé’s main hub, the Riôtel is conveniently located for exploring the town’s main attractions, including Bonaventure Island and Percé Rock National Park, and whale watching cruises. Its setting a little further away from the town also permits unrestricted views of the coastline, including the national park.

The Riôtel’s on-site restaurant, Paqbo, is open for breakfast, lunch and dinner, and during the summer both guests and locals alike fill its tables. This comes as no surprise: floor-to-ceiling windows frame the area’s panoramic sea views (including views of the Rocher Percé), and during warmer weather patrons are invited to dine outside on the deck. The usual burger, pizza and pasta fare feature on its menu — but the real draw here is its delectable seafood dishes. We particularly like the Poutine de la mer — a playful spin on the classic Québécois dish.

The Oblivo Spa is open daily in July and August, offering a variety of massage treatments and body therapies, and its outdoor hot tub has been positioned close to the shoreline, offering great seascape views. In the evenings, guests can be found gathering around the Riôtel’s outdoor fireplace; toasting marshmallows, enjoying a nightcap, or simply taking in the crisp evening sea air.

A small number of accessible rooms are available in the main inn building — although none offer full views of Rocher Percé.

The Gaspé Peninsula and nearby places 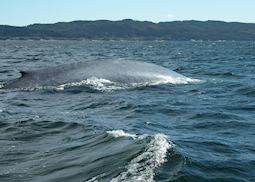