Okonjima is set up in the Omboroko Mountains. It is owned by the Hanseen family and is now the centre of the Africat Foundation, which aims to rescue, relocate and rehabilitate cheetah and leopard. Okonjima own several farms up in the mountains, split into very large enclosures where cheetah and leopard roam. It is an excellent programme and is a good place to get close to big cats and learn about them. Photographers will appreciate the chance to get some dramatic close up shots.

There are two lodges on the farm, Okonjima Main Camp and Okonjima Bush Camp as well as two luxury villas, The Bush Suite and The Bush Villa. Okonjima Bush Suite has recently been refurbished offering ultimate luxury in private. The two rooms are in huge clay rondavels each with two queen-sized beds. There is also a private pool, separate living room, kitchen, safe, ceiling fan, stylish furniture and large sparkling en-suite bathrooms. There are crisp linens, soft fluffy blankets, stylish African art and impressive photographs of the cats on the walls.

Activities are on a private basis with your own safari truck and guide as well as a private chef and porter who will prepare your evening meals. These include drives to track the leopard, view the cheetah and learn about the Africat work. There's also the chance to sit in a night hide which is frequented by porcupines and other nocturnal animals. 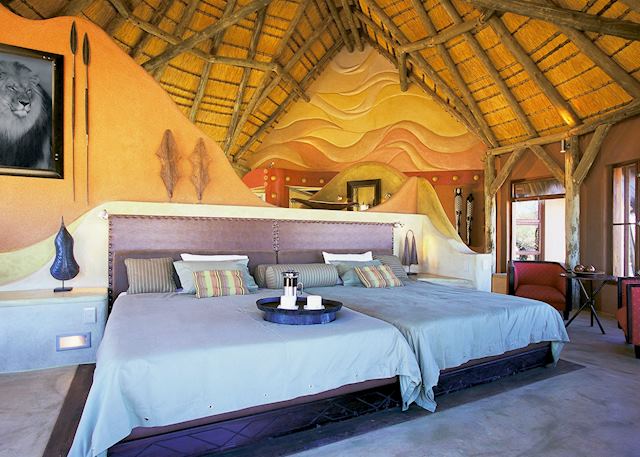