Windhoek is located at an altitude of 1,646 metres in the country's Central Highlands. 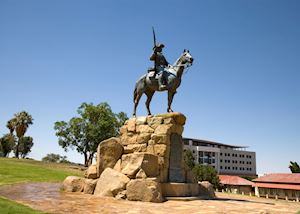 Windhoek is certainly a place worth spending a day or two looking around before setting off for the rest of the country. The wide streets are lined with cosmopolitan pavement cafés. Look up and you'll see old German architecture in soft colours sitting alongside glittering office blocks.

Street vendors cluster under palm trees with arrays of wooden curios, shops have colourful displays of African art, twinkling Namibian diamonds and books on every aspect of the country from the Himba of the Kaokoveld to the ghost towns of Lüderitz. People are busy, but relaxed and stress seems an unusual concept here. 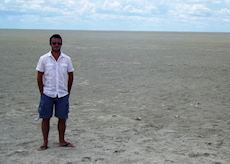 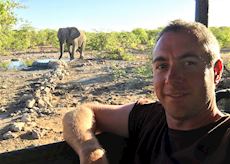 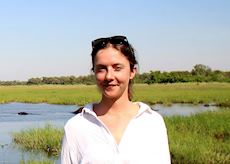