Set on the banks of the River Shannon, Limerick has long been a strategic city tasked with guarding the mouth of the river over a long and tumultuous history. A Viking settlement conquered by Irish hero Brian Ború, Limerick was protected by a massive castle and formidable walls that encircled the medieval city. It prospered in the 18th century when a grand expansion plan gave it some of the country's most refined Georgian architecture. Today, Limerick remains a place steeped in history with fascinating museums and galleries offering an insight into its intriguing past.

While Limerick is mostly a commercial and residential city, it does have some points of interest, such as the museum dedicated to author Frank McCourt. Use it as a convenient base for exploring the natural wonders of County Clare.

Things to see and do in Limerick 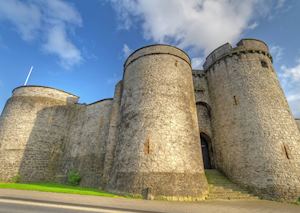 Dominating the river views in the heart of the city is imposing King John's Castle, a 13th-century fortification built to protect the medieval city from attack. More than 800 years of local history are brought to life inside through interactive displays and exhibits that explain the strategies behind siege warfare and the living conditions at the time.

The castle was built on the site of earlier fortifications, and recreations of Viking and Norman scenes show its older self. A blacksmith's forge in the courtyard shows some of the technical skills of the day. Perhaps best of all is the walk along the battlements, which offer views right over the city.

Stretching across the banks of the Shannon, Limerick has long been a strategic stronghold on the river. From a modest Viking settlement established in 812, it grew up along the riverbanks with monumental King John's Castle as its focus point.

To this day the castle dominates the view in every direction. Around it stand the grand former custom house, one of the city's most distinguished buildings and now the Hunt Museum, stately Saint Mary's Cathedral and commemorative gardens and memorials. A pathway stretches along the riverbanks, where you can stroll and get an overview of the city and its development over history.

Although Limerick has been associated with the short, witty verse of the same name for more than 100 years, in more recent memory it has become synonymous with the late Frank McCourt and his Pulitzer-Prize-winning memoir Angela’s Ashes. The author was brought up in Limerick and recounts his poverty-stricken childhood in his best-selling tale.

Today, you can follow in the writer's footsteps and visit many of the locations mentioned in the book on a walking tour of Limerick. Alternatively, visit the Frank McCourt Museum, which is set in the author's former school and brings to life the hardships and realities of life in Limerick during the time of his childhood.

The city retained its medieval grid of streets well into the 18th century when the old walls of Limerick, which had protected the city from attack and siege, were finally demolished. Edmund Pery, the First Viscount Pery, decided to redevelop a swathe of land he owned in the city and began an ambitious building plan in a grand Georgian style.

Newtown Pery, as the area is now known, is one of the city's most attractive quarters, its wide streets lined with stately townhouses and leading to tranquil squares. The Limerick City Gallery of Art on Pery Square is a fine example of the architectural style, as are the houses surrounding the leafy People's Park.

A Bronze Age shield and cauldron throw light on the incredible skills of their makers. Ornate bells, crosses and croziers testify to the wealth of the church, and sculpture, carvings and tableware trace the changing fashions in art and design over the years. The collection also includes work by Pablo Picasso, Pierre-Auguste Renoir, Jack Butler Yeats, Henry Moore and Sybil Connolly. 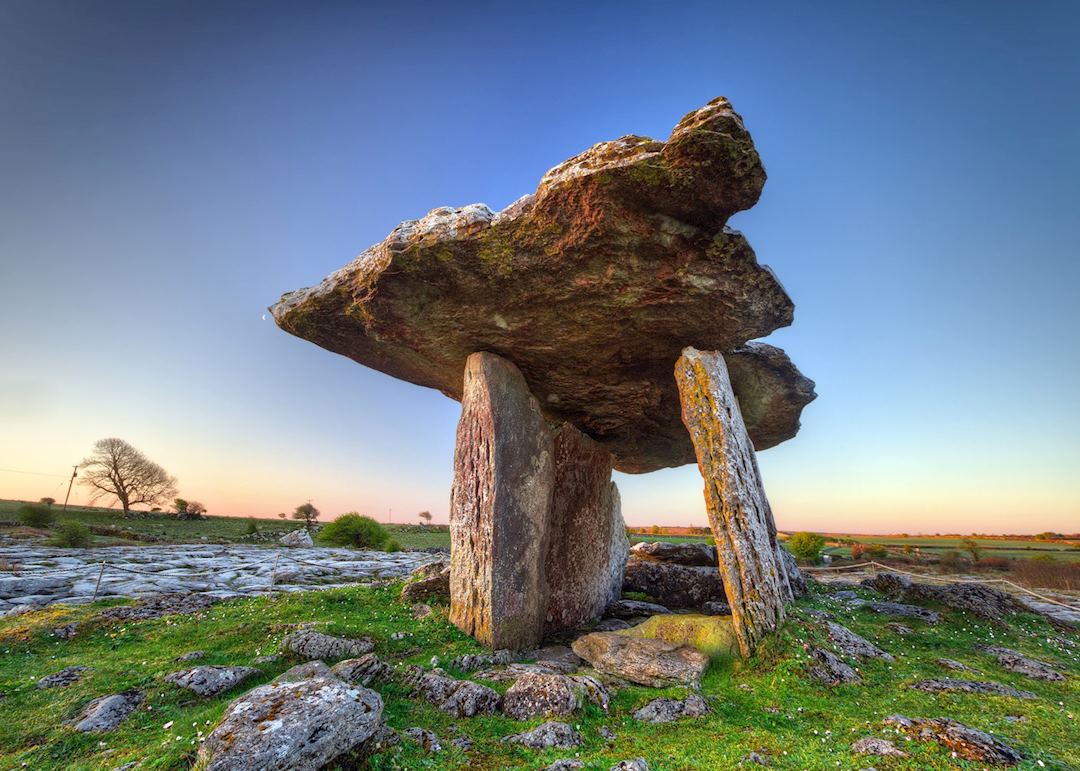 Start planning your trip to Limerick

We’ve selected a range of accommodation options for when you visit Limerick. Our choices usually come recommended for their character, facilities and service or location. Our specialists always aim to suggest properties that match your preferences.

Our specialists seek out authentic ways to get to know the places that could feature in your trip. These activities reflect some of the experiences they've most enjoyed while visiting Limerick, and which use the best local guides.