A small town with a big heart, Sligo is known for its lively music scene, literary connections and surrounding scenery. The town is possibly best known for its association with poet and Nobel Laureate WB Yeats, who was inspired by the mountains, lakes and mythical sites nearby.

Sligo town is a compact, low-key kind of place set on the banks of the River Garavogue and home to two cathedrals. The Catholic Sligo Cathedral is the grander of the two, while WB Yeats’ parents were married in the Protestant Saint John’s Cathedral.

The Yeats family moved to Sligo during the poet’s childhood, and many of his best-loved poems were inspired by the local landscape.

Ancient cairns, portal tombs and mystical grave sites dot the hills, and something of this otherworldly attraction rubbed off on WB Yeats, who was intrigued by their mysticism.

Neolithic passage tombs cluster around the hilltops at blustery Carrowkeel. The stone circles and dolmens at Carrowmore are the oldest and largest in Ireland, and legendary Queen Maeve, celebrated in Celtic mythology, lies buried on the summit of Knocknarea. Inland, at Lough Gill you can visit the lake isle of Innisfree, celebrated in one of Yeats’ Celtic Revival poems.

Yeats is commemorated in two exhibitions in town, one at the Yeats Memorial Museum, the other at the Sligo County Museum. You can see work by his brother, painter Jack Butler Yeats, at the Model, the town’s thriving arts hub. It also displays work by Louis le Brocquy in its impressive collection of contemporary Irish art, and hosts dance, theatre and music nights.

Sligo has a particularly strong trad (traditional music) scene, and the local pubs offer live music practically every evening. Along with attending an informal pub session, you can hear about the history of trad music, take lessons or attend a more formal recital at the Coleman Traditional Irish Music Centre.

Much of Sligo’s allure lies beyond the town. The looming hulk of Ben Bulben, a table mountain just to the north, sets the scene for outdoor adventure, with hiking trails criss-crossing the landscape, from mountains and lakes to waterfalls and beaches.

Ferocious waves make many of the surrounding beaches and headlands popular surfing destinations, while the long, flat strands at Streedagh and Enniscrone attract walkers and kite surfers.

You can take a sea kayaking trip, go paddle boarding or horse riding, or steam your pores in a cedar cabinet and then sink into a giant tub of velvety water at the seaweed baths in Enniscrone. It’s a local tradition dating back to 1912 and touted to cure all manner of ills.

At Streedagh, the remains of three Spanish Armada ships wrecked here in 1588 lie beneath the waves. Cannons, guns, cauldrons and timbers have been recovered from the site and sent to Dublin for examination. You can visit an exhibition on the wrecks at the Old Courthouse in nearby Grange, which is open in the summer months.

Long days and pleasant temperatures make a summer visit to Sligo a popular choice, but spring blooms between April and June and vivid autumn foliage in September and October make these our preferred times to visit. In winter, some attractions close and days are short and often wet, but catching Ben Bulben under a mantle of snow is a sight to behold. 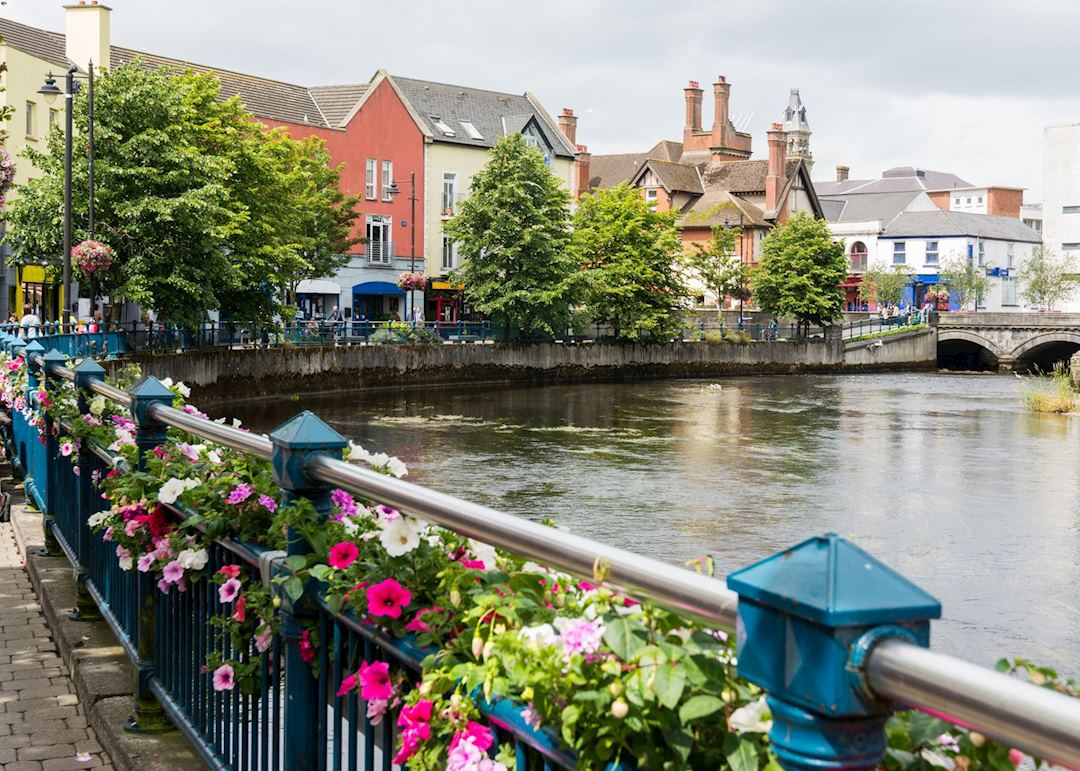 Start planning your trip to Sligo

We’ve selected a range of accommodation options for when you visit Sligo. Our choices usually come recommended for their character, facilities and service or location. Our specialists always aim to suggest properties that match your preferences.

Our specialists seek out authentic ways to get to know the places that could feature in your trip. These activities reflect some of the experiences they've most enjoyed while visiting Sligo, and which use the best local guides.