A restored and converted boutique property that was a 19th-century French hospital for pilgrims and later used as a monastery, The Jaffa Hotel is a luxurious base from which to explore Tel Aviv’s historic port. Complete with a design style that has preserved the historic and archaeological structures while also adding significant contemporary elements, it has 120 rooms divided into two distinctive wings. The former is the original building with colonnaded walkways and staircases, high ceilings, natural travertine stone flooring, and deep-set arched windows, while the latter is a new addition that is far more modern in style. While the decor may differ, all rooms offer a high level of amenities such as flat-screen TVs, Wi-Fi access, coffee machines, minibars, and bathrooms with rain showers.

Elsewhere, you’ll find a central courtyard with original colonnades as well as the remains of a Crusade-era bastion wall from the 13th century that was uncovered during the excavation. Further highlights include the Don Camillo Restaurant for its ingredient-driven dishes with influences from Italy, New York, and the Mediterranean and Golda’s for its deli style staples. Also impressive is the Chapel Bar, a sophisticated space with soaring vaulted ceilings, decorative plasterwork, towering stained-glass windows, and an extensive weekend-only cocktail menu.

Photos of The Jaffa Hotel

Just a short walk from the heart of Jaffa, this luxurious boutique hotel makes for an ideal retreat after busy days of sightseeing. We love the skilful blend of historical and modern aesthetics throughout.

Spread across two distinctive wings, the 120 light-flooded rooms are a combination of old and new. The restored 19th-century wing with original colonnaded walkways and staircases is easily the most characterful for its high ceilings, natural travertine stone flooring, and deep-set arched windows. Rooms here also benefit from state-of-the-art technology and views of the central courtyard or pool.

The contemporary building embraces a more modern architectural style and offers floor-to-ceiling windows, stylish decor, and views across the rooftops, the city, or the pool. Modern amenities in all rooms include flat-screen TVs, Wi-Fi access, coffee machines, minibars, and bathrooms with rain showers. Some have a balcony or terrace.

The hotel is ten minutes from the heart of Jaffa, Tel Aviv’s 4,000-year-old port area overlooking the Mediterranean Sea. Highlights within easy distance include strolling along the beachside promenade, visiting the quirky boutiques and independent restaurants, and stocking up on Middle Eastern antiques and souvenirs at the famous flea market known as Shuk Hapishpeshim.

Complete with indoor and outdoor seating, the signature Don Camillo Restaurant focuses on fresh local ingredients, with influences from Italy, New York, and the Mediterranean. A generous buffet breakfast is served here each morning. There’s also the all-day Golda’s for New York deli style staples and the striking-looking Chapel Bar for cocktails on the weekends.

The outdoor swimming pool is open daily from 8am to 6:30pm. The hotel also has an expansive L.RAPHAEL Beauty Spa for customised beauty treatments and massages as well as a gym with state-of-the-art cardio equipment. Personal training sessions are available on request. The Ga'ash Golf Club is located 24 km (15 miles) from the hotel.

Our itineraries are there to spark ideas for how you could include a stay at The Jaffa Hotel as part of your trip. Treat them simply as suggestions, because every aspect of the trip we create for you will be yours to define. 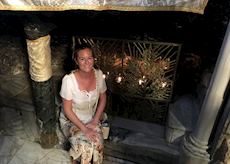 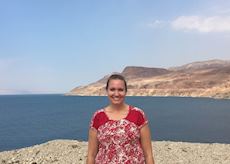 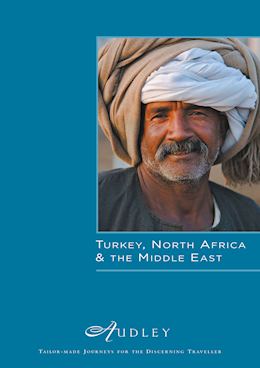