The highest ridges of the Tian Shan form an incomparable citadel of rock and ice, straddling the borders of Kyrgyzstan, Kazakhstan and China.

Here, at the very roof of Central Asia, the Inylchek Glacier, one of the largest non-polar glaciers in the world, carves its way slowly downhill, overlooked by the pyramidal peak of Khan Tengri and the massive bulk of Pik Pobedy.

Far below, the parched deserts of Uzbekistan and Western China rely on this alpine wilderness for water, carried down through the Tian Shan by the Syr Darya and Tarim rivers.

Getting here is an adventure in itself — aboard a Soviet-era helicopter, flying between immense snow-capped peaks affording views of staggering grandeur.

The only stipulation is timing — the helicopters only fly from Karkara base camp during the climbing season, in July and August. 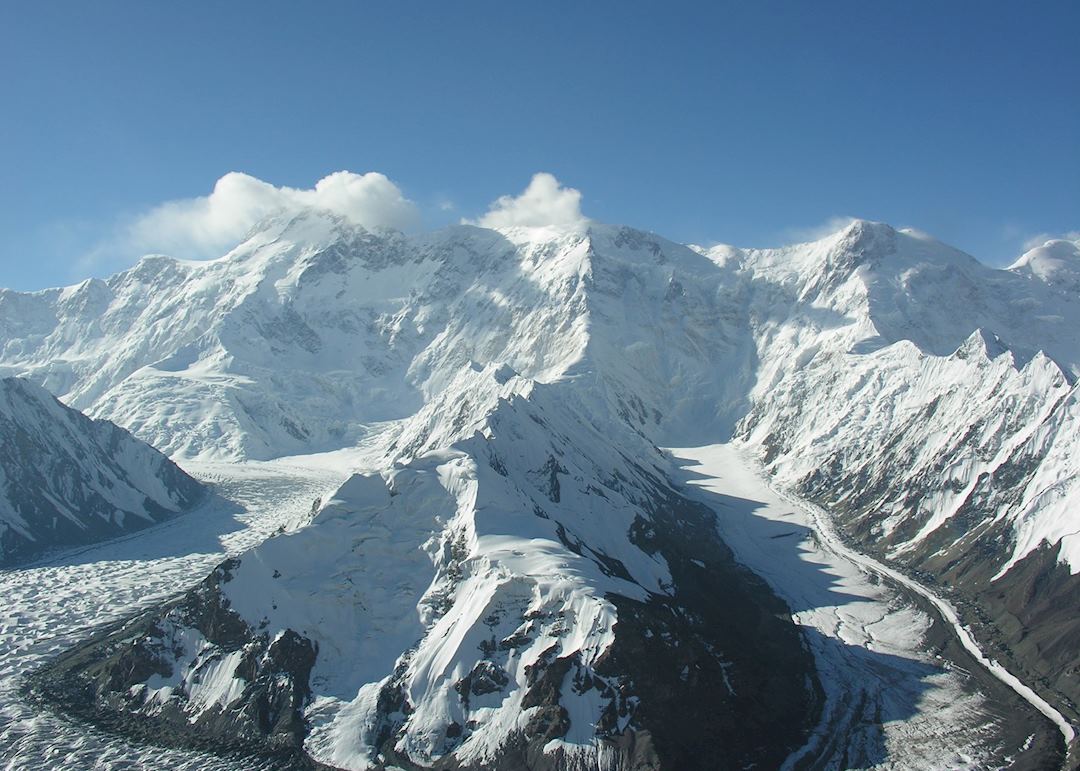 Start planning your trip to The Inylchek Glacier

Request a Quote
Map view Places near the Inylchek Glacier

Map of the Inylchek Glacier

Places near the Inylchek Glacier

Photos of the Inylchek Glacier