The site of a one-time religious battle, where two Buddhist sects clashed and killed one another, Khogno Khan Mountain now sits at peace, its valleys stretching upwards into vast rock outcroppings with the lines of ancient strata clearly displayed.

Some of its hidden places were described in 'The Secret History of the Mongols', the mysterious biography of the Khans, by no known author.

Set on the corners of three aimag provinces, the mountain has long been a sacred place for Mongolians, but walking between the mighty rock outcroppings now you are more likely to spy reclusive wild game and birds of prey than marauding hordes. 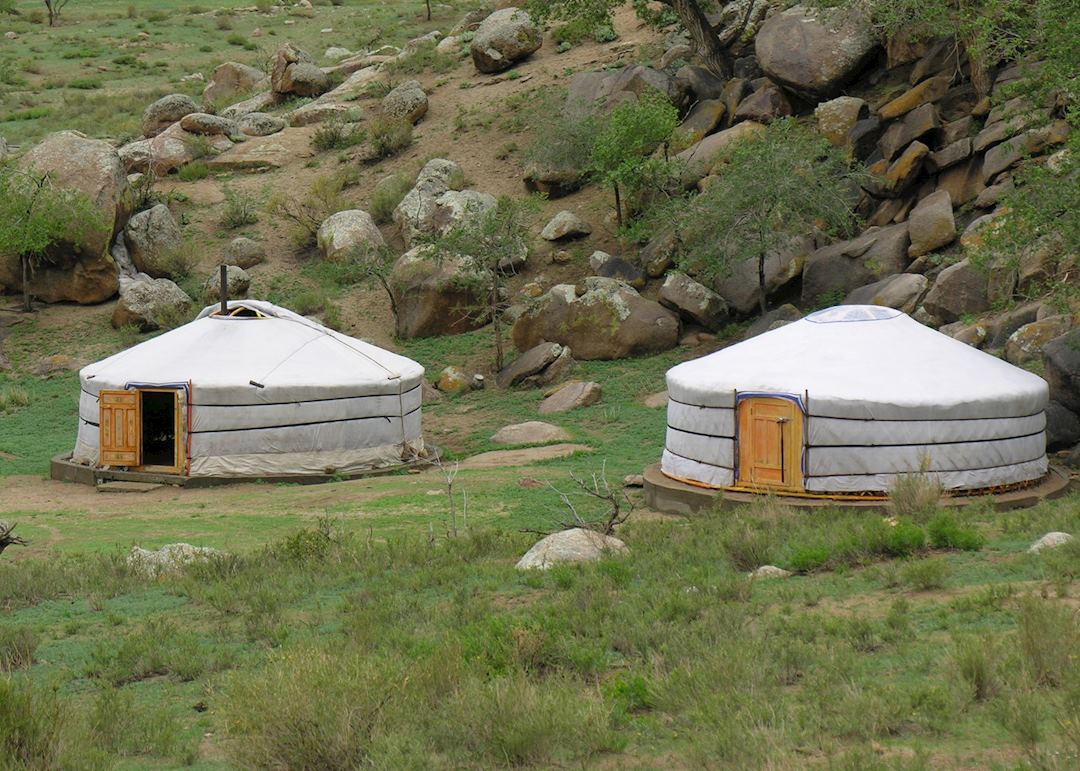 We’ve selected a range of accommodation options for when you visit Khogno Khan Mountain. Our choices usually come recommended for their character, facilities and service or location. Our specialists always aim to suggest properties that match your preferences.