Located a few hours north of Lisbon, Coimbra is a close-knit city that balances equal parts historical attractions and youthful energy. Both are largely supplied by the venerable University of Coimbra, a UNESCO World Heritage Site that dates back to the 13th century, though it didn’t permanently settle in this one-time capital until 1537.

University students are easy to identify, thanks to their distinctive black robes. Follow them into the heart of the institution to admire the Paço das Escolas, a wide plaza enclosed on three sides by the university’s most attractive buildings. You’ll see a grand statue of João III, the institution’s founder, gazing at a 17th-century clock tower known as ‘a cabra’ — the goat. The name was coined by students who, as first years, had to hop ‘like a goat’ to be in on time when the clock rang the evening curfew. 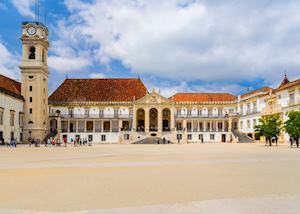 Inside, you can visit the Sala dos Capelos — the Great Hall of Acts — where students defend their theses and graduation ceremonies take place. It’s a deliberately grand room, with deep-red damask walls, a portrait gallery of Portuguese kings and a silver-and-gold ceiling that’s illuminated by crystal chandeliers.

However, all this grandeur pales beside the university’s library. This Baroque treasure is a heavily gilded showcase for the immense wealth of Portugal during the 18th century. The tables are carved from gleaming rosewood and dark mahogany looted from colonies in South America and India, and the ceiling is densely painted with allegorical frescoes.

The three two-storey salons hold tomes that date from the 16th–18th centuries, covering academic subjects from law and philosophy to theology and medicine. Access to the library is tightly controlled to help conserve the books in such a humid climate. Most intriguingly, a small colony of bats is released into the interior each night, to eat any insects that might harm the books.

Outside of the school, you can still find hints of the country’s Moorish heritage in the souq-like narrow streets of the old town. At the top of a steep hill, the Alta is where the wealthy have historically lived, and the area is filled with well-preserved buildings.

At the foot of the hill, Baixa’s alleys are crammed with unusual shops and fashionable boutiques next to trendy cafés and inexpensive eateries. It’s a good place to pause and sample some of Portugal’s rich egg-custard pastries, served in the many bakeries of the area, while enjoying the city’s own brand of fado. Here, the mournful folk songs, accompanied by traditional Coimbra guitar, are more likely to be performed by men than women. The songs also have a more literary turn than you’ll find elsewhere.

The local cathedral, known as Sé Velha, still reflects the tumultuous nature of the 12th century when Coimbra was the front-line of the battle between the Christian and Muslims for control of the Iberian Peninsula.

The cathedral looks more like a fortress than a church, with narrow slit-like windows and high crenelated battlements. The plain Romanesque exterior gives way to Islamic-influenced carvings and tile mosaics inside, alongside the flamboyant Gothic interior of the main chapel.

Spring and Autumn are the best time to visit; from March through to May the city enjoys comfortable weather before it gets very warm in June and August. The temperatures fall again in the autumn, making September and October good times to visit too. The winter months of November to February tend to be rainy. 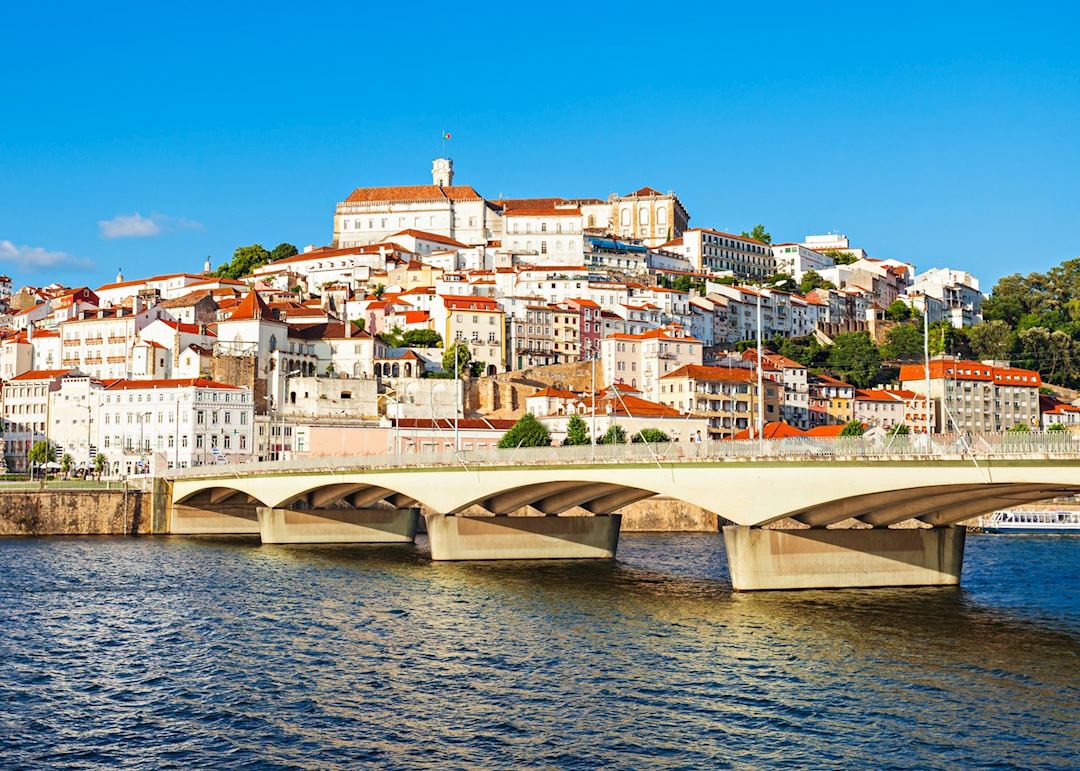 Start planning your trip to Coimbra