In the northern reaches of Portugal, the Douro River’s steep banks have been carefully terraced into corrugations for thousands of years, each row hand-carved from the unforgiving schist to create the region’s storied vineyards.

It’s one of the world’s oldest demarcated wine regions, protected by the Marquis de Pombal in 1756 to preserve the worldwide reputation of port wine. The Douro spills out into the Atlantic at Porto, and the wine once made its journey downriver on shallow, wooden rabelo boats to the city’s riverside cellars and warehouses.

The region is well known for both its vintages and scenery, with long views of terraced hills, granite bluffs and winding valleys. We can arrange for cruises between wineries, punctuated by tastings, as well as walks among the vines.

The Douro Valley feels particularly off the beaten track due to the steeply winding roads and precipitous terrain. Following the river, you have the space to appreciate the landscape, including the beautiful quintas (wine estates) that line the banks.

Things to see and do in the Douro Valley

Britain traditionally imported its wine from France. But, during the various 17th- and 18th-century contretemps between the two countries, the island nation began buying from Portuguese vineyards instead.

The wine, however, didn’t travel well. Some innovative vintners spiked it with brandy to make it more stable for the long journey, and the resulting vintage picked up notes of oak from the aging barrels. The end product — port — became a sensation in Britain and made the Douro Valley’s fortunes.

Today, just a handful of large houses control the production of port, so many of the smaller wineries are diversifying into red and white wines. Many of the whitewashed quintas (historic wine estates) also run indulgent guesthouses, where you can stay as you explore the region via boat or on foot.

Nestled in a curve of the Douro, Pinhão is a port town (pardon the pun) that’s entirely surrounded by terraced hills. Thanks to its location, Pinhão offers some of the best views of the valley, with sightlines down the lazy river in both directions as well as over the vast terraced wineries.

It’s a small town, slow and sleepy, made up of tidy whitewashed buildings that all boast terracotta-tile roofs. It’s also the home of several of the region’s best-known port houses, like Quinta do Bomfim winery, which grows some of the grapes that go into Graham’s, Cockburn’s and Dow’s.

Just at the river’s edge is the town’s train station, which is bedecked in a series of murals. Composed of hand-painted azulejos (tiles), they tell the region’s history of wine cultivation in exquisite blue and white.

This landscape was carved by the river over millennia, and it remains the best way to take in the steep-sided hills and sinuous canyons.

A private tour of the river on a sleek white yacht can provide a unique perspective on the region. You can while away a sun-drenched afternoon admiring the vineyards as you glide down the river, enjoying a meal of local delicacies, including bacalhau (dried cod) and a glass of port. You can also visit several of the vineyards that dot the river during your cruise.

A 45-minute drive from Pinhão is Vila Real, where you’ll find the distinctive Casa de Mateus. Its overwrought silhouette might be familiar — for decades, it has featured on the estate’s distinctive tear-shaped rosé bottle.

A resplendent Baroque masterpiece, its white façade is crowned with allegorical sculptures and intricate spires. Inside the manor, you’ll find carved ceilings, 18th-century paintings and a library that contains an early edition of Os Lusíadas, an epic Portuguese poem.

To the north of Vila Real, the Parque Natural do Alvão straddles the peaks of the Serra de Alvão massif. At the higher altitudes, the hot, dry climate gives way to a lusher, greener ecosystem. You can hike among the verdant, stone-walled fields and past silvery waterfalls that spill down the rocky highlands.

Also to the north of the Douro is Amarante, a small town on the willow-lined banks of the Tâmega River. At its heart is a rebuilt medieval bridge next to a church and monastery. The church is the home of São Gonçalo, the 12th-century patron saint of love and fertility.

Women seeking husbands or babies flock here to pray inside the brown granite church and then pull three times on the belt tied around a statue of the saint near the door. Legend has it that women seeking fertility should also partake of a local pastry named doce de São Gonçalo. The shape indicates the bakers’ literal-mindedness about matters of reproduction.

You can visit the Douro Valley all year, though some sights shut down in January and February. Temperatures can be a bit hot from June to August. Probably the most impressive (and, because of it, busiest) time to visit is harvest season in September and early October, when the fields shade to copper and bronze.

Our itineraries will give you suggestions for what is possible when you travel in Douro Valley, and they showcase routes we know work particularly well. Treat them as inspiration, because your trip will be created uniquely by one of our specialists.

Written by our specialists from their own experiences of visiting Douro Valley, these guides will help you make the most of your time there. We share both our practical recommendations and the best ways to appreciate Douro Valley at its best.

We’ve selected a range of accommodation options for when you visit Douro Valley. Our choices usually come recommended for their character, facilities and service or location. Our specialists always aim to suggest properties that match your preferences. 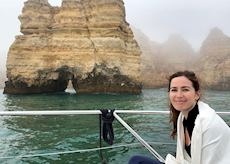