Built in 1869 in the heart of St. Moritz, the Steffani offers a chance to stay in a quintessential Alpine retreat. The hotel, which has been run by the same family for four generations, features lots of pine, wooden flooring, log fires and red cushions. At the front of the building, you’ll find the statue of the Steffani rabbit, which was designed to be the 1928 Winter Olympics’ mascot. The hotel adopted the rabbit as its own after the athletes stayed at the Steffani during the games.

The hotel has three restaurants, including Le Lapin Bleu, the oldest in town, which serves traditional fare. There's also Stüva Grill and a Cantonese menu at Le Mandarin, giving you plenty of choice.

There's a range of 60 rooms, as well as a spa, pool and three bars, all within the hotel walls. 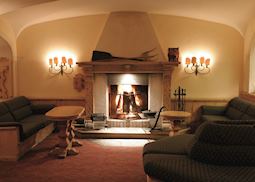 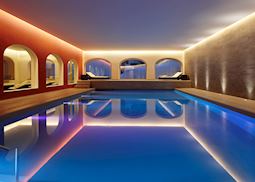 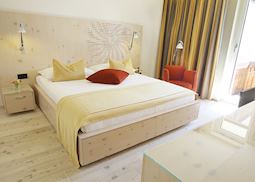 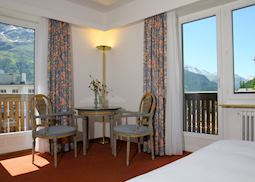 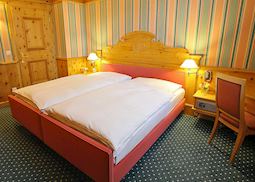 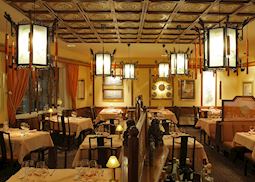 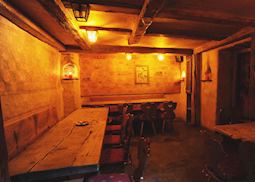 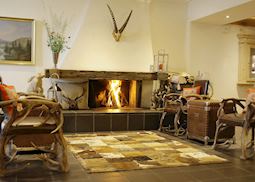 The 60 rooms and suites are all furnished with local materials for a genuine Alpine experience. The large windows let in plenty of natural light, and the pale pine furniture, wooden flooring and warm tones give the rooms an inviting feeling.

The options range from double and triple rooms to a variety of suites, including the Steffani Master Suite. The higher-end rooms have small balconies with mountain views, while the smaller rooms face the quiet garden.

Due to the historic nature of the building, air conditioning cannot be installed, however the temperatures in St. Moritz rarely make it necessary.

The Steffani is located in the heart of St. Moritz, just a stone’s throw from other restaurants and exclusive boutiques. It’s also moments from the funicular stations if you’re looking to access the mountain peaks for hiking.

One suite has been adapted for a wheelchair.

We love how well-rounded this hotel is — located in the heart of St. Moritz, the Steffani offers a comfortable place to stay, friendly service and one of the town’s finest restaurants.