A medieval clock tower and Old Town, a Gothic cathedral, and a wealth of Renaissance fountains in Bern.

Switzerland’s capital since 1848, Bern is a compact, walkable city with an orderly medieval heart. The Aare River meanders through it, with glacial waters pure enough that you can drink from the numerous fountains throughout the city. Bern’s central location makes it a good base for exploring other parts of the country.

Though Bern is only the country’s fourth largest city, its manicured streets and stately sandstone buildings bring an appropriate gravitas to the seat of government. The Bundesplatz, or Federal Square, is dominated by the columned and copper-domed Parliament building.

Other sites worth a visit are Berner Münster, Switzerland’s highest church tower — a Gothic masterpiece whose top provides a view of the distant Alps, and the Zytglogge, the medieval clock tower, which was also the earliest town gate.

In the Old Town, the ground floors are linked by 6 km (3.7 m) of arcades, essentially forming a huge covered shopping promenade.

Named for the bears found in the surrounding forests, Bern is perhaps most defined by its Old Town, which was entirely rebuilt after a fire claimed the original wooden structures in 1405. The uniform, linked sandstone buildings that make up the UNESCO-listed district are threaded through with arcades all along the ground floor, which shield shoppers from rain and sun alike throughout the year. A wealth of Renaissance-era fountains, each with a historical or allegorical figure at its tip, decorate the cobbled streets.

Situated in the Old Town, the Berner Münster, or Cathedral of Bern, is a Gothic showpiece begun in 1421, though the high tower was only completed in 1893. The cathedral’s spire provides a view not only over the whole of Bern and the surrounding countryside, but to the Alps far to the south.

A private walking tour of the Old Town includes a visit to the Zytglogge, where you can get a glimpse of the clock mechanisms inside. The oldest monument in the city, it has been a guard tower, a prison, a city gate and a civil memorial since its original building in the early 13th century.

At the other side of the Old Town, the Federal Square and its imposing Parliament building give insight into Swiss democracy. From the courtyard in front of the building dance 26 water jets, each representing a canton of Switzerland. The Aare River flows around the base of the hill on which the Old Town sits, and parts of it are open for swimming in the warmer months.

Outside the main part of town, the Rosengarten or Rose Garden spreads out across the top of another hill, a large, formal park that provides views out over the rest of the city. You can also explore any of Bern’s many museums, including the house where Albert Einstein lived and developed his theory of relativity.

Getting around Bern is easy, as all the hotels provide a free city pass to all public transport. The efficient tram system can get you anywhere if walking the city’s pleasant but hilly streets becomes too tiring. You can also access most other parts of the country by rail from the capital.

We can also arrange a day-long visit to nearby Emmental Valley, known for its traditional cheese making.

Bern has good weather for visiting most of the year. May to October are the best months, when temperatures can get as high as 30°C (86°F). December through March is much colder, but unlike the more Alpine destinations, Bern rarely gets snow. The arcades of the Old Town provide shelter from rain, as well as a shady refuge during the hotter days. 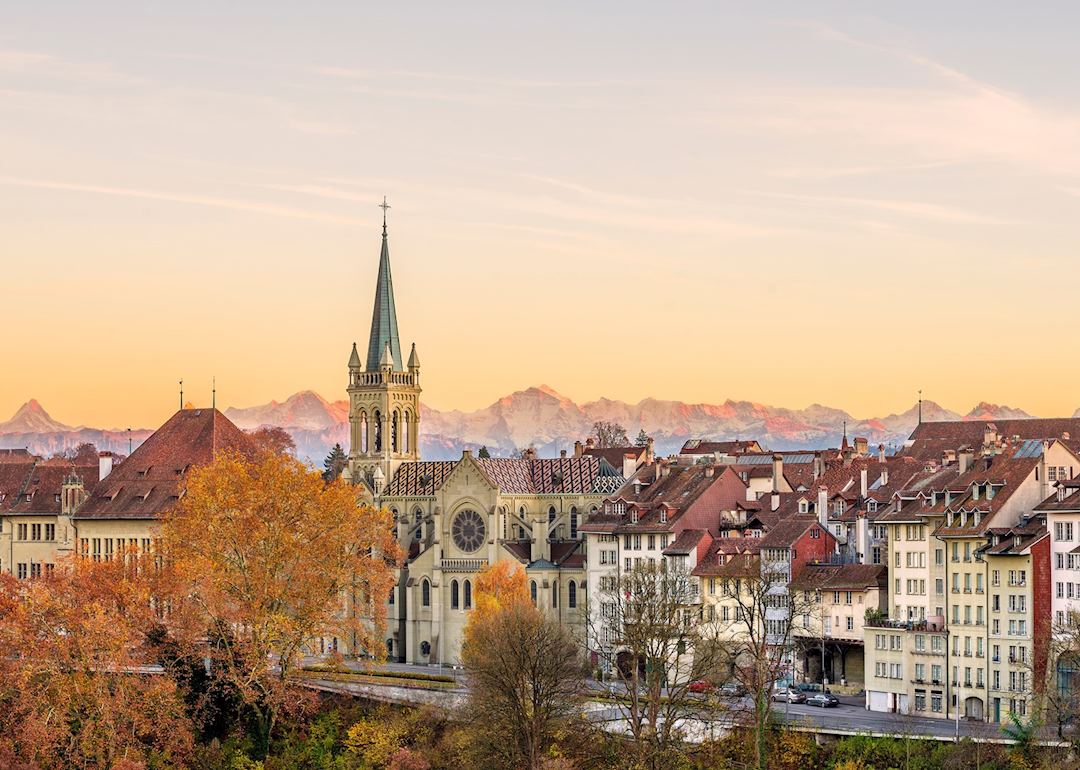 Start planning your trip to Bern

We’ve selected a range of accommodation options for when you visit Bern. Our choices usually come recommended for their character, facilities and service or location. Our specialists always aim to suggest properties that match your preferences.

Our specialists seek out authentic ways to get to know the places that could feature in your trip. These activities reflect some of the experiences they've most enjoyed while visiting Bern, and which use the best local guides.