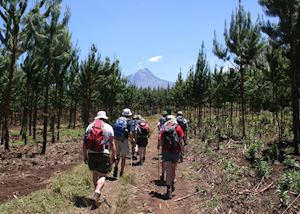 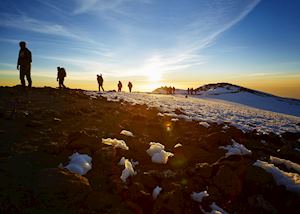 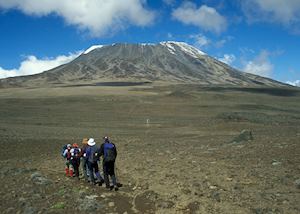 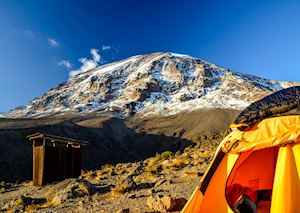 Each day, your porters rush off ahead to get the best spot at the next camping site. They carry the equipment with them, up to 20 kg (44 lbs) each. The tents are bright orange and grey, so are easy to spot as you approach the end of that day’s trek. 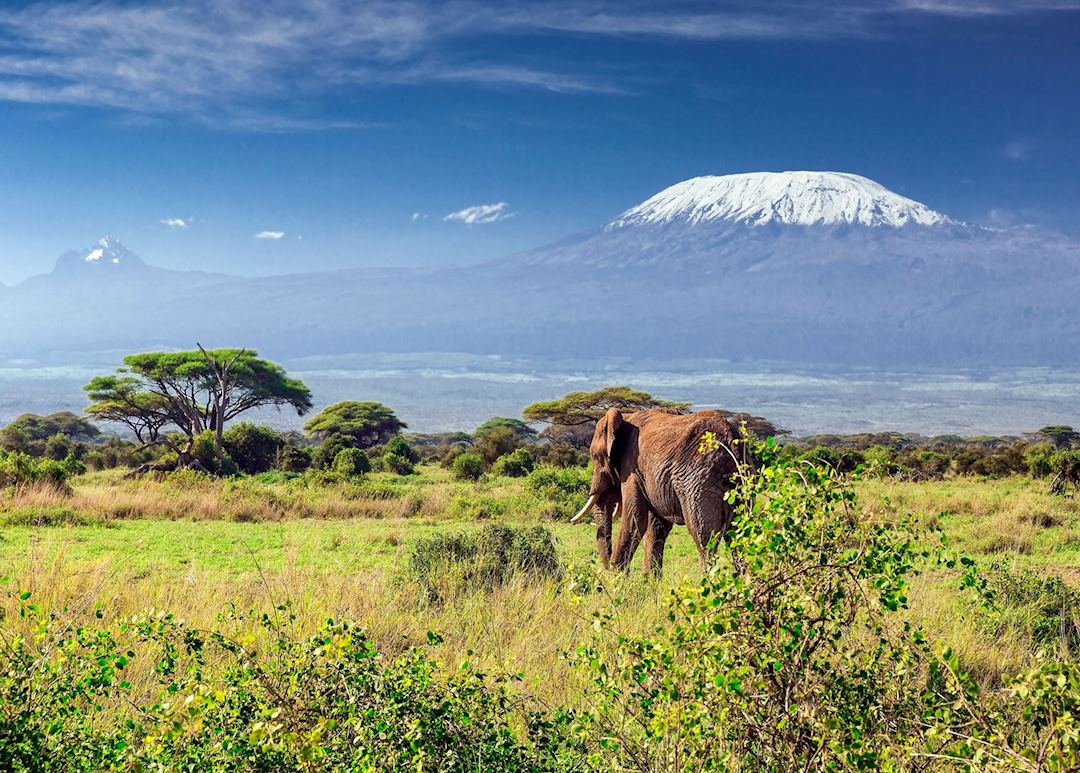