Northern Tanzania is home to some of East Africa’s most famous parks.

The main parks in the north are the Serengeti Game Reserve, the Ngorongoro Conservation Area, Lake Manyara National Park and Tarangire National Park.

The Serengeti is notable for its million strong migratory herds of zebra and wildebeest. Ngorongoro has Africa’s densest lion and spotted hyena population as well as the rare, big tusked black rhino.

Lake Manyara has flocks of flamingos in the shallows and tree climbing lion in the surrounding vegetation whilst Tarangire is known for having dense elephant populations in the dry season.

These parks are very easy to combine and can be accessed either by light aircraft, or more commonly by driving on a guided safari. 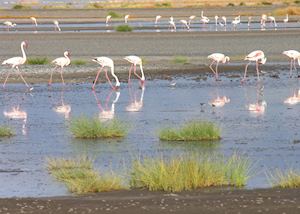 Trips tend to start in Arusha where international flights land and then head west taking in Tarangire, Lake Manyara and the Ngorongoro Crater before ending in the Serengeti. However, the north is not just home to the most famous parks, it also has a number of lesser known areas that are no less spectacular. Lake Natron, far from the beaten track is a breeding ground for lesser flamingos and has spectacular scenery with the wall of the Great Rift Valley running alongside it.

West Kilimanjaro is an area of unparalleled beauty with vast plains home to both antelope and cattle. It is a Maasai stronghold and visiting here gives you an insight into traditional Maasai culture. Finally, it is possible to walk around the rim of the crater, stay on a coffee farm in the Ngorongoro highlands, take in the scenery at the foothills of Kilimanjaro or even climb to the top.

We recommend combining some of these lesser known areas with some of the famous parks for a unique safari.

Places to visit in Northern Tanzania

Featuring heavily on our experiences of visiting Northern Tanzania, these selected places are destinations that also prove consistently popular with our travellers. Our specialists can help you choose how to include them in your wider trip, based on your preferences.

Our itineraries will give you suggestions for what is possible when you travel in Northern Tanzania, and they showcase routes we know work particularly well. Treat them as inspiration, because your trip will be created uniquely by one of our specialists.

Map view Places in and around Northern Tanzania

Places in and around Northern Tanzania

We’ve selected a range of accommodation options for when you visit Northern Tanzania. Our choices usually come recommended for their character, facilities and service or location. Our specialists always aim to suggest properties that match your preferences. 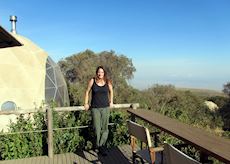