A city with a history extending back to the Roman occupation of Britain and a glorious medley of medieval, Georgian and Victorian architecture, York is extraordinarily well preserved. Next to London, it was England's most important city until the Industrial Revolution and is home to York Minster, one of the most magnificent Gothic cathedrals in Europe.

Around the minster lies a warren of cobbled streets flanked by topsy-turvy buildings and encircled by medieval city walls. Along with this, York has a strong Viking heritage and several compelling museums as well as many interesting shops, galleries, gardens and tea rooms.

From Roman and medieval walls to alleyways crammed with shops, pubs, and restaurants, York is very walkable. Even on a casual saunter through the city streets, you stumble across ruins dating back hundreds of years.

Things to see and do in York

One of the world's most beautiful examples of Gothic architecture, York Minster was begun in 1220 and took over 250 years to complete. The unexpectedly tall and wide nave is lit through the enormous East Window, the world's largest piece of medieval stained glass, and the Great West Window with its intricate heart-shaped tracery.

Most famous, however, is the Rose Window in the transept, which commemorates the marriage of Henry VII and Elizabeth of York in 1486 — a union which brought an end to the bitter War of the Roses. You can also see the chapter house, crypt and foundations, where you can spot fragments of earlier buildings in the stonework. There’s a small museum in the undercroft and sweeping views of the city from the top of the central tower.

Archaeological evidence suggests York was first settled between 8,000 and 7,000 BC, but it was the Romans who left a more permanent mark on the landscape. The remains of one of their forts, which was begun in 71 AD, can still be seen in the city walls and in the undercroft of York Minster.

The Vikings took control in 875 and Jorvik, as they called the city, became a thriving trade and economic hub. Today you can see a vivid reconstruction of a Viking settlement at the Jorvik Viking Centre, which brings this period to life through brilliantly devised interactive exhibits.

York became the seat of the archbishop in medieval times and continued to prosper, with many of the buildings from this era still standing on the city's meandering streets. 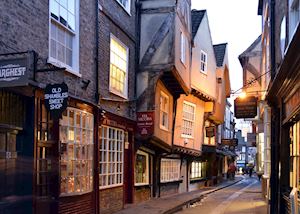 York's most photographed road is the Shambles, a sliver of a street set between leaning and buckled timber-framed buildings that date back centuries. Throughout this part of the city are a network of snickelways — tiny, narrow lanes between buildings that lead to the old marketplaces. They often offer unique views of the city and its buildings.

In the 14th century, York's wooden palisade was replaced by a stone wall winding 4 km (2.5 miles) around the medieval city and castle. In places, particularly along the northern sections, the wall follows the line of the old Roman ramparts, and some of the four main gates, known locally as bars, were built on Roman foundations.

Monk Bar, the largest and most ornate gate, has been used as a home and a jail over the years. Today, it hosts a small, quirky museum to Richard III that seeks to overturn his somewhat nefarious reputation. Micklegate Bar, a fortified tower, was sometimes used to display the heads of executed traitors and its intriguing story is told inside.

A stroll along the walls, or even part of them, offers an uninterrupted view over the city and in places, excellent views of the cathedral.

York has a wealth of architecture that spans several centuries. York Minster is the star attraction, but around it you'll find a warren of medieval streets. There are also much grander buildings such as the Merchant Adventurers' Hall, a 14th-century timber-framed guildhall. By the cathedral is the stately 16th-century Treasurer's House, once home to the Archbishop of York, and now filled with antique furniture, art and textiles.

In the 18th century, York became the social hub of the north of England, and many fine buildings were erected as the wealthy moved into town. A good example is the Georgian Fairfax House, which gives a vivid glimpse of how the gentry lived at the time.

Although the Industrial Revolution largely passed York by, the arrival of the railway had a significant impact on the city. Many new buildings sprung up, including libraries and colleges, as well as the grandiose Royal Station Hotel (now the Principal York). 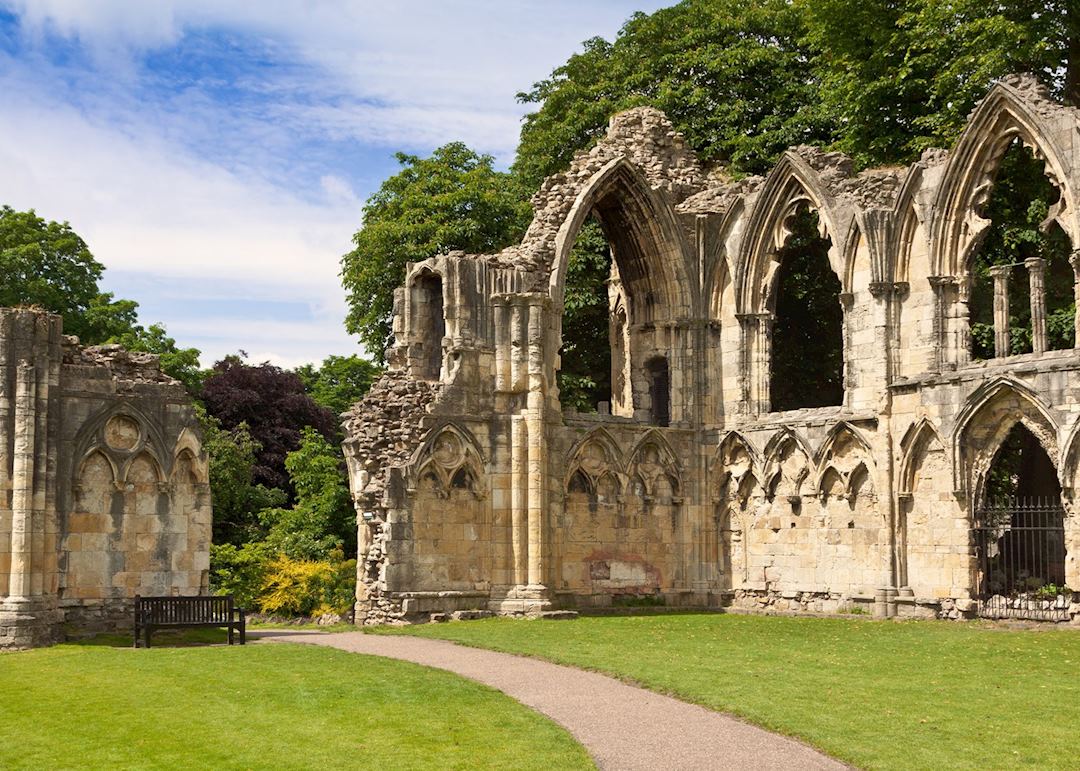 Start planning your trip to York

We’ve selected a range of accommodation options for when you visit York. Our choices usually come recommended for their character, facilities and service or location. Our specialists always aim to suggest properties that match your preferences.

Our specialists seek out authentic ways to get to know the places that could feature in your trip. These activities reflect some of the experiences they've most enjoyed while visiting York, and which use the best local guides.