All of which explains Lucy's open-mouthed wonder on Day 3 of our Jordanian fortnight. One minute we'd been creeping through the ruined cisterns of Shobak Castle (pulverized, thanks to Saladin), and the next we were sitting down to lunch with the village treasure-hunter. Ali lived underground, knew the king, and kept two fat cats like small orange bears. The more astonished Lucy looked, the more he piled on the presents: necklaces, quartz, lava and a Roman coin. Nowhere in the world, it seems, enjoys the curiosity of children quite so much as Jordan. 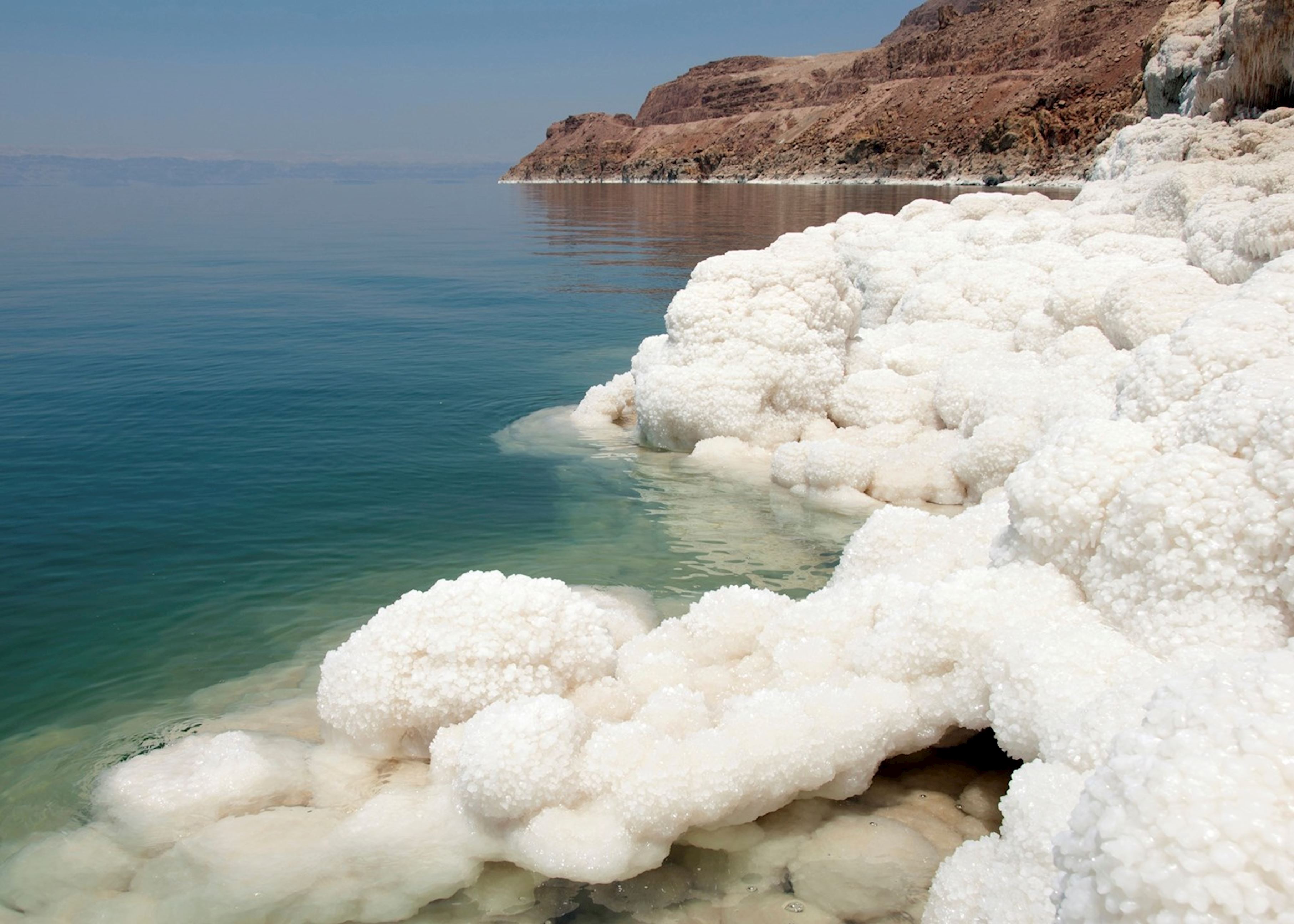 As we drove south, the landscape got wilder and bigger. Whole cities have been lost in its clefts and cracks; one hole is so big that it's now the lowest spot on earth: the Dead Sea (-416 m (-1,364 ft)). We all went floating in it once. It's not just eight times saltier than seawater; it also fizzes with exotic minerals that taste like a mouthful of sparks. To a child, this is a Roald Dahl world, alarming but fun. Beneath the surface, however, there's more than magic at work; the shores of the Dead Sea are sliding in opposite directions at the rate of 0.5 cm a year. With speeds like that, Jordan's geology is Formula 1.

Finally, Ahmed pulled up next to some camels and the remnants of a Victorian train. "Here we are. Wadi Rum."

Ahead of us, the earth seemed to have opened up and swallowed the desert. Peering into this vast, scarlet valley, we could see more mountains like stacks of giant coins 800 m (2,624 ft) tall. Soon we were among them, sifting the sand in a bashed-up jeep. Our driver now was a Howeitat tribesman and hunter of pigeons, called Ali. He knew all the natural arches and mushroom-shaped rocks, and could climb like an ibex. His family had lived here forever, and had put up with Romans and Nabateans, and even the strange Thamudic traders, who'd left ostriches carved in the rock.

I didn't want to leave either, and woke early. Underfoot, the sand felt cool and creamy. Out there, Wadi Rum was just beginning its cycle of colors, starting with violet and pink. The air was so dry and brittle, I imagined that I could see 32 km (20 miles) of desert, spilling through the jebels. It was tempting to think of all this as silent and godless but — as always — Lawrence had described it better: 'echoing and godlike'.

Although it was to Feynan, the path was easy, and so — hiring a guide called Abdullah — on we went. It was an unforgettable walk, beginning with oaks and hyena poo, and ending 1,000 m (3,280 ft) downhill among clumps of oleander and flecks of prehistoric slag. Lucy hardly noticed the distance. Abdullah had told her his father had 18 children and three wives, prompting a detailed inquiry. 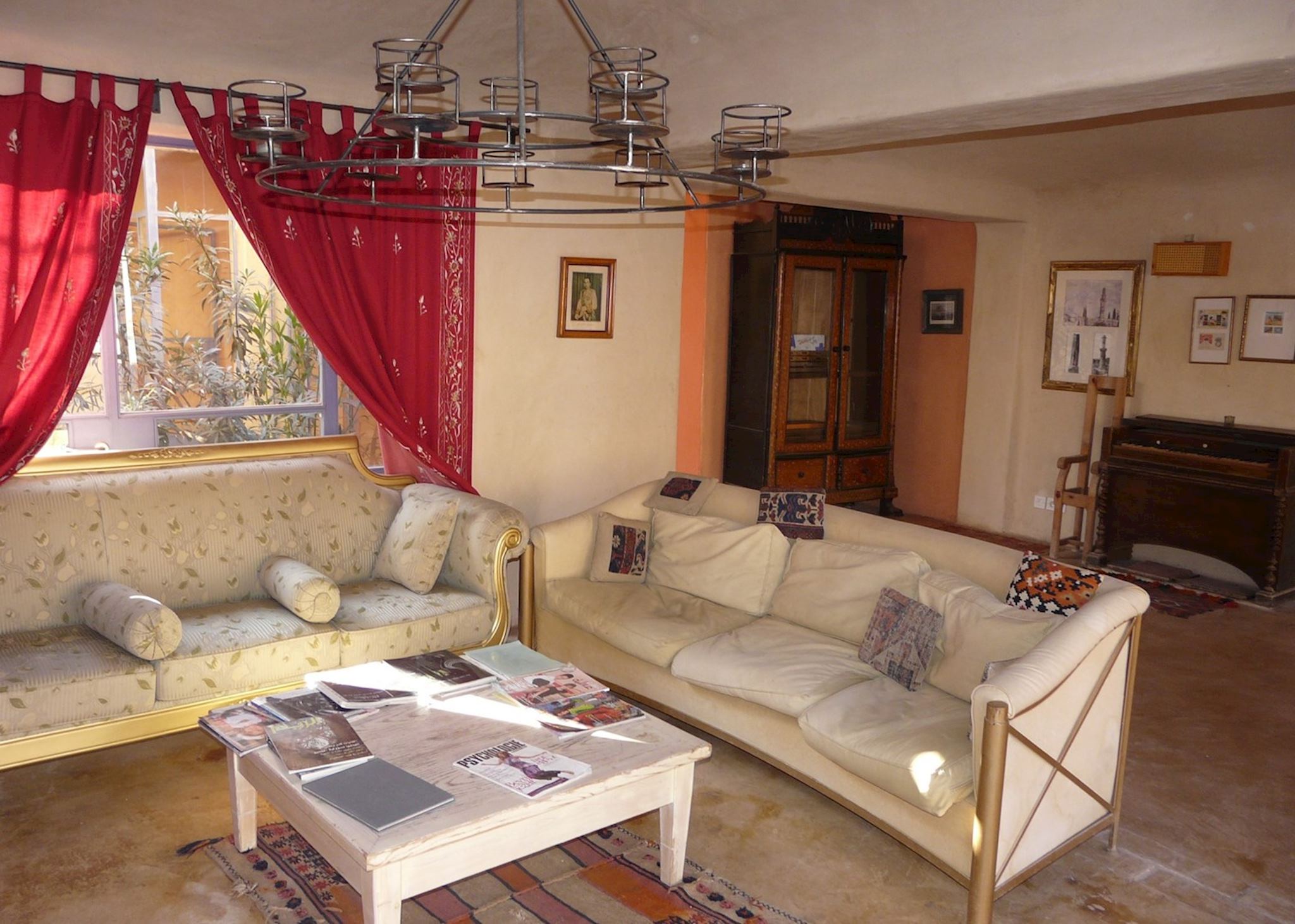 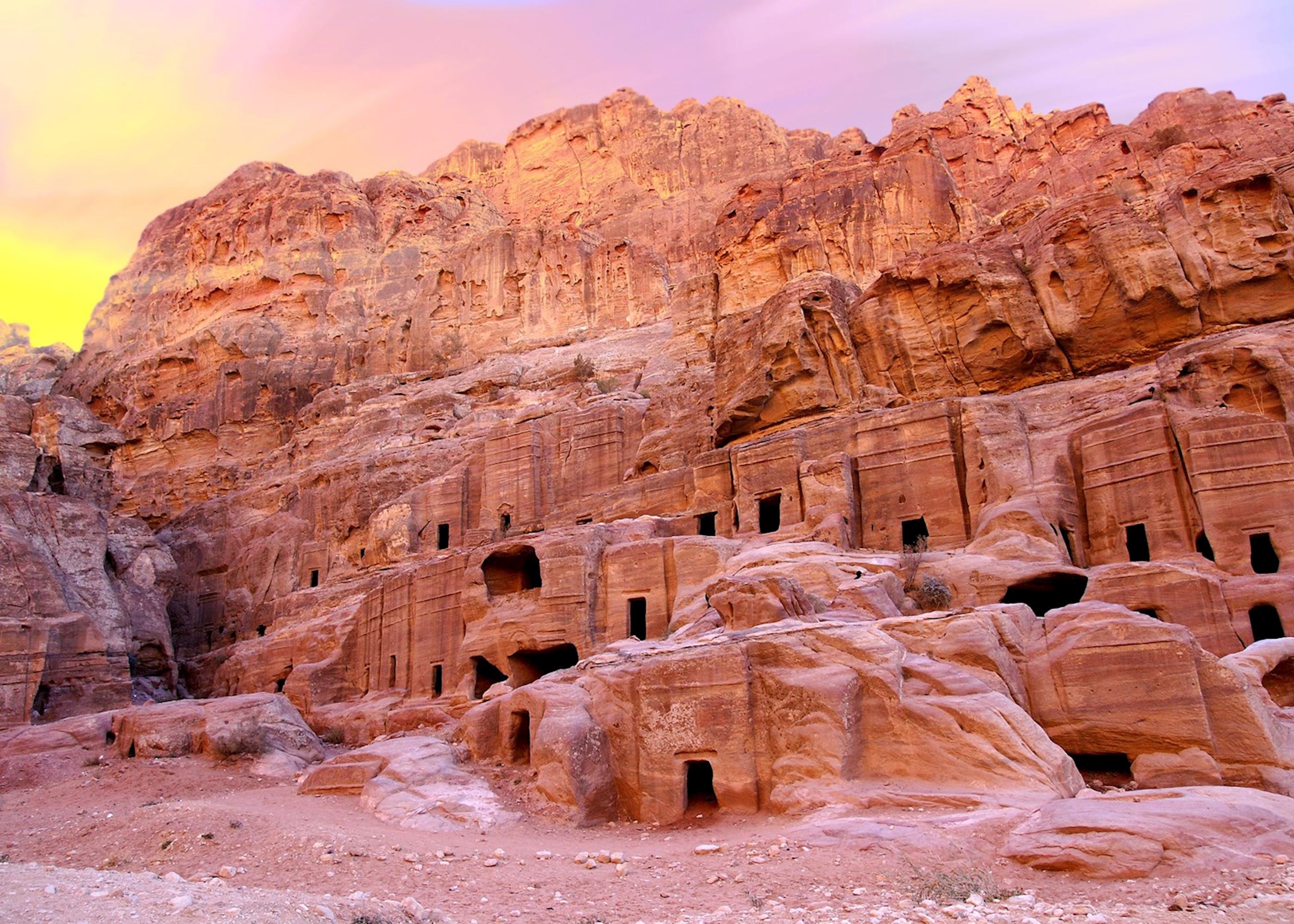 Following the collapse of Rome, this Nabatean trading center went into decline. Several earthquakes later, it was almost abandoned. In 1276, a Turkish Mamluke passed through, and that was it for five centuries; no outsider would see Petra until Johann Ludwig Burckhardt, a Swiss explorer, pitched up in 1812. In London, news of his discovery caused wild excitement. But Burckhardt never got to enjoy his fame: he died in Cairo in 1817, aged 33, still disguised as a Muslim cleric.

Exactly 200 years after its re-discovery, Petra is as thrilling as ever. It's not just that 'Indiana Jones moment', emerging from the siq (a fracture 80 m (262 ft) deep and 1.6 km (1 mile) long). It's also the network of gorges, the empty Roman streets, the 7,000-seat theater, the blood-red rocks and the façades carved into the cliffs. Add to this the clink of hooves, the shouts of muleteers and the chatter of nomads, and you feel Burckhardt's excitement all over again.