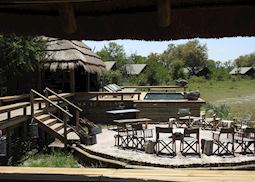 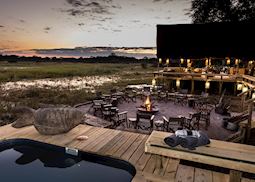 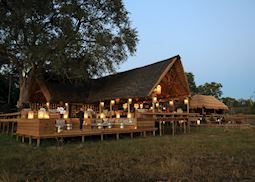 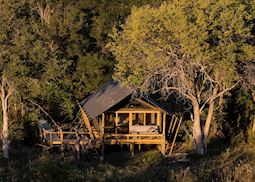 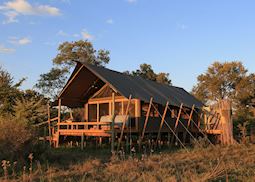 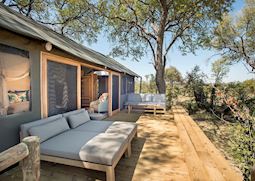 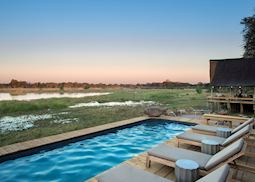 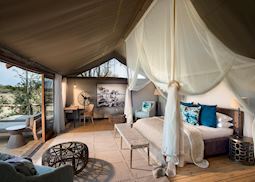 Twelve luxurious tents are built on raised wooden platforms with views of the lagoon. The tents are very open, bright and modern with lots of wood features and have both an indoor and outdoor shower. A private veranda at the front of each tent offers lagoon views and comfortable seating. Two of the tents consist of inter-leading bedrooms for families and there is also a slightly larger, honeymoon suite.

Delicious meals are provided throughout the day, despite being so deep in the African bush. Breakfast is generally served around the fire pit, lunch in varying locations dotted around camp depending on the shade of the trees and a three-course dinner is normally enjoyed under a blanket of stars.

There are two family tents at Sable Alley and children over the age of six are welcomed although may be limited to a selection of activities.

Sable Alley sits on the old footprint of one of Botswana’s original safari camps. It offers some prime game viewing and beautiful scenery in a remote part of the Okavango Delta. Permanent water around the camp brings game populations to you, all visible from the comfort of your tent or the cozy lounge and pool area.