Saint Andrews — or Saint Andrews by-the-Sea, as it is affectionately called by locals — enjoys an enviable location on the northern shores of Passamaquoddy Bay, close to the Canadian-US border. Founded in 1783, the town’s port was initially a major Canadian gateway for Irish migrants. It later became one of Canada’s first seaside resort towns when the historic Argyll and Algonquin hotels were built in the late 19th century.

Despite Saint Andrews’ compact size, there are plenty of attractions that continue to draw visitors to the town. Over 140 of the town’s historic buildings remain, many of which are now galleries, boutiques and eateries. Many buildings act as the canvas for huge, bright murals that illustrate scenes of the town and the surrounding area. Saint Andrews’ premier attraction is Kingsbrae Gardens, a sprawling garden filled with over 50,000 plants, flowers and sculptures, and which has garnered a reputation as one of Canada’s landmark public gardens.

Further afield, Minister’s Island — a destination popular with hikers and birders — is easily accessed from the town. At low tide, it is possible to access the island by car, driving along the ocean floor. The former summer home of Franklin D. Roosevelt is also located close to Saint Andrews on Campobello Island, and visitors are able to explore the cottage and grounds and learn more about the presidential family.

Saint Andrews is also considered the gateway to the Bay of Fundy, which is famed for having the highest tides on Earth, and for its thriving whale population, which includes humpback, minke and pilot whales. One of the best ways to see these magnificent creatures and learn more about the region’s unique ecology is on a guided whale watching tour from town. 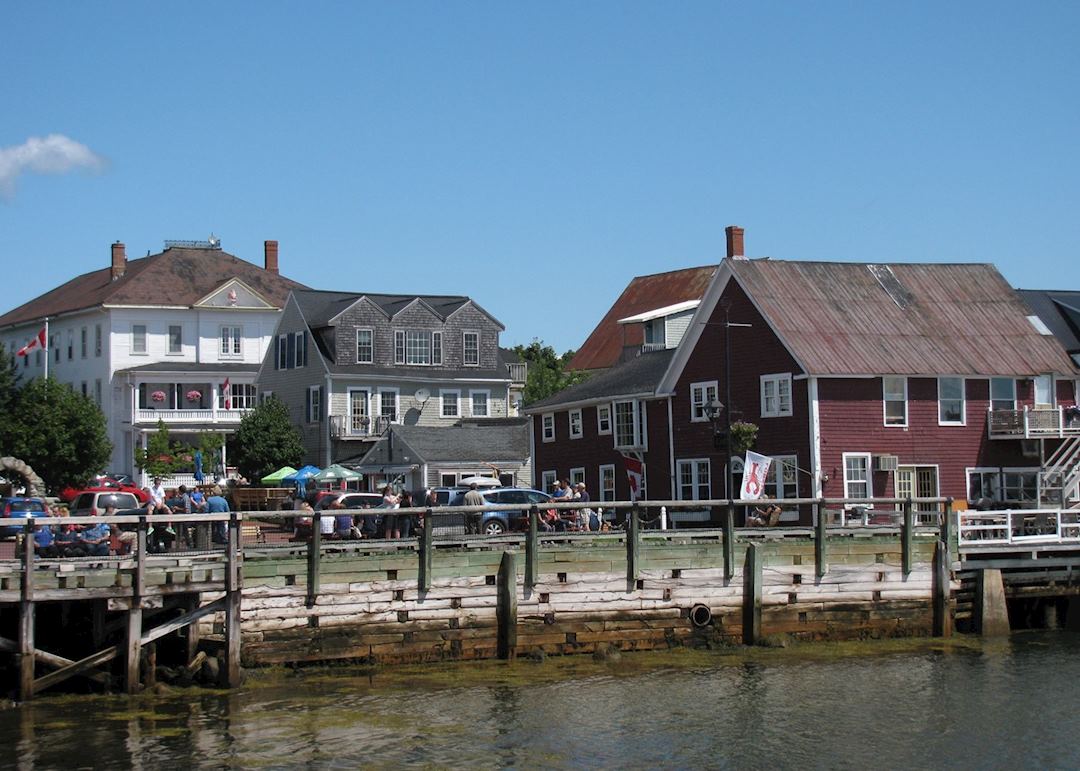 We’ve selected a range of accommodation options for when you visit Saint Andrews by-the-Sea. Our choices usually come recommended for their character, facilities and service or location. Our specialists always aim to suggest properties that match your preferences.