Located in the mouth of the St. Lawrence River, Anticosti Island is over 200 kilometers long and 50 kilometers wide.

Its deep forests, high cliffs, dramatic canyons, caves and waterfalls have only recently come to the attention of a few wildlife enthusiasts.

Originally used as hunting grounds for the indigenous peoples of mainland Québec, it became the private shooting reserve of Henri Ménier, a famous French chocolate maker whose business empire was to grow into Nestlé. Ironically, this protected the island from any form of development other than the small village of Port Ménier and there are now great areas of wildlife reserves where animals, including vast herds of white-tailed deer, have little fear of man.

Access is via plane from the Gaspésie Peninsula, though the lack of infrastructure necessitates the assistance of a guide and transport to appreciate the highlights of Vauréal Falls and the abundant wildlife. 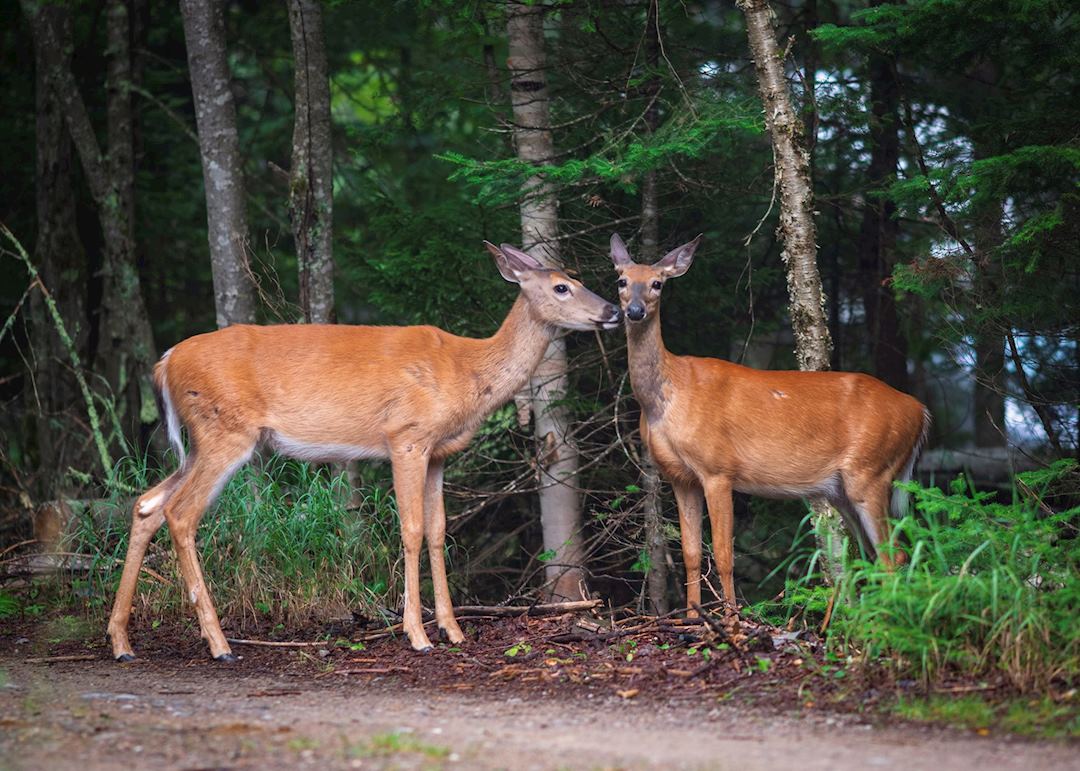