Paris is a midway point on the renowned Venice Simplon-Orient-Express train route. From the city, you can travel to Venice or London, or you can pause here as part of a longer journey that runs from the Italian lagoon city to the British capital. The trains pull into and depart from Paris’s Gare de l'Est train station. If you’re heading south to Venice, you’ll arrive at its Santa Lucia Train Station the following evening after an overnight stay on board. Your morning start north to London sees you cross the English Channel at Calais before catching the Belmond British Pullman for the last leg from Folkestone to London.

The train’s Art Deco decor is the result of a careful restoration that makes full play of polished wood and sumptuous upholstery. There are 83 cabins, each with a vanity unit and washbasin; the three suites have their own shower. Staying faithful to the train’s 1920s configuration, each carriage has a bathroom on either side. Every carriage also has a personal steward, who’s on hand to help you at any point during your time on board.

The three dining cabins serve lunch and dinner, and dressing for meals is positively encouraged. The Champagne Bar and Bar Car, with its resident pianist, round off the atmosphere of this bygone golden era of travel. 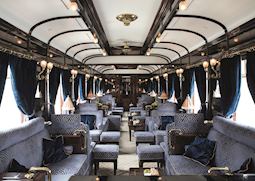 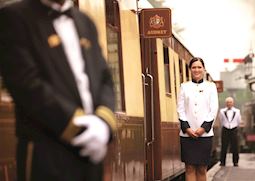 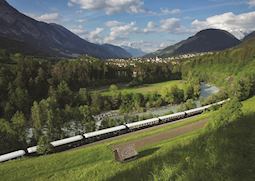 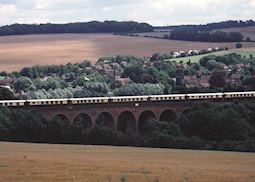 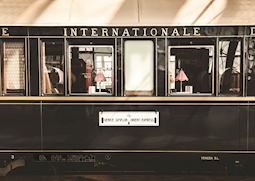 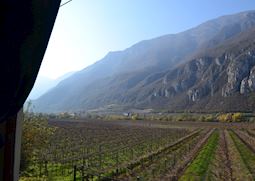 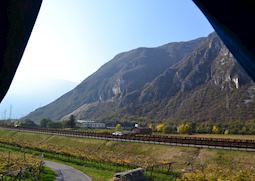 Each carriage holds nine twin cabins, which share a bathroom on either side. While the cabins aren’t large enough for shower facilities, they do have a washbasin and towels. Your cabin will also be fitted with a banquette and a table. The train’s Art Deco motif carries on through each cabin in details such as polished wood panels.

During dinner, your steward will convert the sofa into a bedroom with single bunk beds. Two interconnecting twin cabins can be turned into a cabin suite, twice the size of the standard cabins with a banquette on one side and single bunk beds on the other. The train’s three suites are the equivalent of three standard cabins and come with a private bathroom and shower. Wi-Fi is available throughout the train. Similar to a hotel room, you're provided with keys for your cabin.

Starting in Paris the train travels across Europe, stopping briefly at each country border until you reach the final destination of Venice. You may wish to travel in the other direction, journeying until Calais, and then across the English Channel where you’ll board the British Pullman until London.

Serving dishes cooked on the train by French chefs, the three dining carriages are laid out for two sittings for each meal (you're allotted a carriage for your seat each time). The set menu is included in your booking, though drinks cost extra.

There is an on-board boutique shop which is located close to the Bar Car 3674 where you can purchase Orient Express memorabilia.

One of the most celebrated and famous train journeys in the world, a trip on the Orient is like transporting back in time to the heyday of rail travel in the 1920s and 1930s.