Encompassing six Alpine villages cradled in a valley surrounded by craggy peaks, the Alta Badia region sits at the heart of the South Tyrolean Dolomites. Hiking or biking through wildflower-scattered meadows before soaking in your hotel’s spa is the order of the day here.

As you explore the region’s many trails, your private guide can acquaint you with the rich Ladin culture that has clung to its Austrian- and Italian-influenced traditions. Visit the villages of Corvara, San Cassiano, Badia, La Villa, Colfosco, and La Val to meet people who follow the same laid-back, rural way of life as their ancestors, who first settled this region between the 13th and 16th centuries BC. Beyond this, you can visit thriving family-run wineries to sip the region’s finest vintages. And, high on the mountainsides, you’ll come across the remnants of World War I battles, from tunnels to trenches.

Things to see and do in Alta Badia

The six villages of Alta Badia

Clusters of rustic, Alpine-chalet-style houses and sharp-spired churches are dwarfed by great hulks of pale-gray rock that slope to emerald valleys: the villages of Alta Badia are undeniably beautiful. You can hop between them by private vehicle, following winding mountain roads that give you a different but equally striking view at every turn.

In each village, you can stroll their peaceful streets, visit centuries-old churches, and drop into cafés, restaurants, and chocolate shops to sample Ladin pastries and fresh seasonal food. The best-known village is Corvara, believed to have been the first place in this region to attract tourists — specifically, mountaineers (it was here that Italy’s first chairlift was installed in 1947). In the 18th century, local men who knew the mountain paths like the backs of their hands would accompany hikers up the peaks, shining a light on the Dolomites’ landscape and geology.

Your hotel will be based in one of these villages. Many properties have their own spa where you can rest your weary legs and indulge in a relaxing treatment after your hikes.

No matter how many times you visit this region, you’ll still find new trails to follow. With a private guide to lead the way, you can tread lesser-known routes as well as those celebrated for their vistas and their World War I history.

One of the best hikes in Alta Badia is the Cinque Torri loop, which takes you past World War I battle sites indicated by the tunnels and trenches that were left behind. You eventually reach the five towers of rock the walk is named after, which rise from a boulder-strewn hillside.

You might also want to go hiking or biking in the Puez-Odle Nature Park, a UNESCO World Heritage Site. Geologically, this park is interesting as it contains all the different rock strata found in the Dolomites, from Gröden limestone to Dachstein dolomite.

The Südtiroler Weinstrasse (South Tyrolean Wine Road) is one of the oldest wine routes in Italy. It stretches from Nalles through Bolzano and the surrounding areas of Oltradige and Bassa Atesina to Salorno. Villages and wineries dot the route, each giving you a chance to sample South Tyrolean whites and reds.

The architecture of these villages is also distinct, adopting a style called Oltradige that blends German Gothic and Italian Renaissance features. However, you’ll notice more modern and contemporary buildings are springing up.

Known as the gateway to the Dolomites, Bolzano is the capital of South Tyrol. You can visit with a guide to discover more about the region’s history and culture. As you wander the medieval streets at the city’s heart, you’ll pass Gothic and Romanesque churches that show the merging of Austrian and Italian cultures in the Dolomites.

There are also plenty of good museums that help give you context to the region. At the South Tyrol Museum of Archaeology you can see the mummy of Ötzi the Iceman, who lived between 3400 and 3100 BC. His well-preserved body was discovered in the Ötzi Alps in 1991. Or, visit the Museion, which has an excellent collection of modern and contemporary art from Bolzano and its surrounds.

Alta Badia is a year-round destination, and surprisingly sunny, with 300 days of sunshine a year on average. Summer officially begins in June, when most hotels open after their break between seasons. To avoid the busiest times, visit in June or September. July and August see more visitors and hot temperatures, making hiking more challenging. 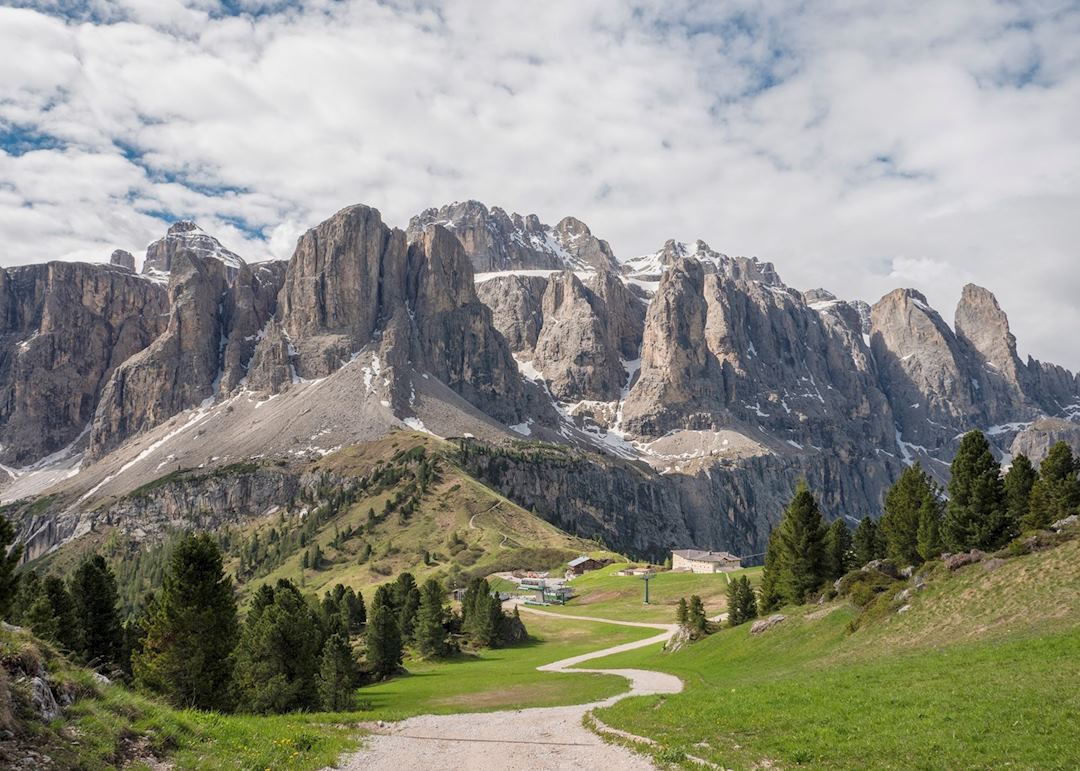