Capital of Piedmont’s wine industry, Alba is dominated by its medieval red-brick towers and renowned for its fine cuisine. The town, the largest in the Langhe region, was once the hub of a powerful city-state. It dates back to pre-Roman times, with evidence suggesting vines were cultivated here as far back as the 5th century BC.

The gentle hills that surround the town are blanketed in vines, hazelnut groves and peach trees. They belong to a UNESCO-protected landscape, which lies an hour from Turin and offers a taste of history as well as gourmet Piedmont fare.

Sitting under the gaze of the distant Alps, Alba’s cobbled streets are lined with an impressive collection of palaces, townhouses and churches. It’s said the town once had 100 towers and, though this might never have been true, the skyline is still a jagged silhouette of towering spires, lookouts and steeples. After the fall of the Roman Empire, Alba was destroyed by the Saracens, but parts of its ancient city walls and one of the old Roman gates remain.

The town’s main sight is the late-Gothic duomo on Piazza Risorgimento, a dusky pink edifice with a 12th-century belfry and 16th-century wood-carved chorus. Nearby is the town hall. From here, you can wander along Via Vittorio Emanuele, which is lined with shops, cafés, delicatessens and restaurants celebrating the region’s rich agricultural bounty.

Some of Italy’s finest red wines, including Barbaresco, Barolo and La Morra, originate from the hills around Alba, and you’ll find plenty of wine shops to browse. The region is also renowned for its truffles, mushrooms, cheeses and hazelnuts. Along with seeking out these products in the shops, it’s well worth taking a stroll around the fresh-food market on a Saturday morning.

At the far end of Via Vittorio Emanuele, you come to the neoclassical-style Piazza Michele Ferrero, a grand and stately square recently renamed after the town’s billionaire confectioner Michele Ferrero. Michele’s father, Pietro, had a bakery in Alba and came up with the idea of adding oil to his Pasta Gianduja, a solid cocoa and hazelnut paste, to make it more spreadable. Michele rebranded the paste as Nutella and started a global sales empire. The Ferrero factory that produces Nutella, as well as Ferrero Rocher, is still in Alba.

Along with wine and hazelnuts, truffles are the region’s biggest crop, with Alba especially known for the quality of its white truffles. In late October and early November, the town holds a truffle fair, attracting buyers and visitors from around the globe. Fairgoers are entertained with medieval pageantry and a donkey race that parodies the palio (horse race) in nearby Asti, Alba’s historic rival.

Once you’ve explored the town, it’s well worth setting out on foot or by bicycle to take in the surrounding hills, vineyards and wine cellars. You can also visit nearby Barolo or Barbaresco.

Alba is a year-round destination, but the weather is warmer from April to October. July and August are the hottest months. The town hosts many festivals, including a wine festival in late April/early May, where you can taste 500 local wines. The Alba Music Festival runs in late May/early June, and you can also time your visit for a jazz festival in June. 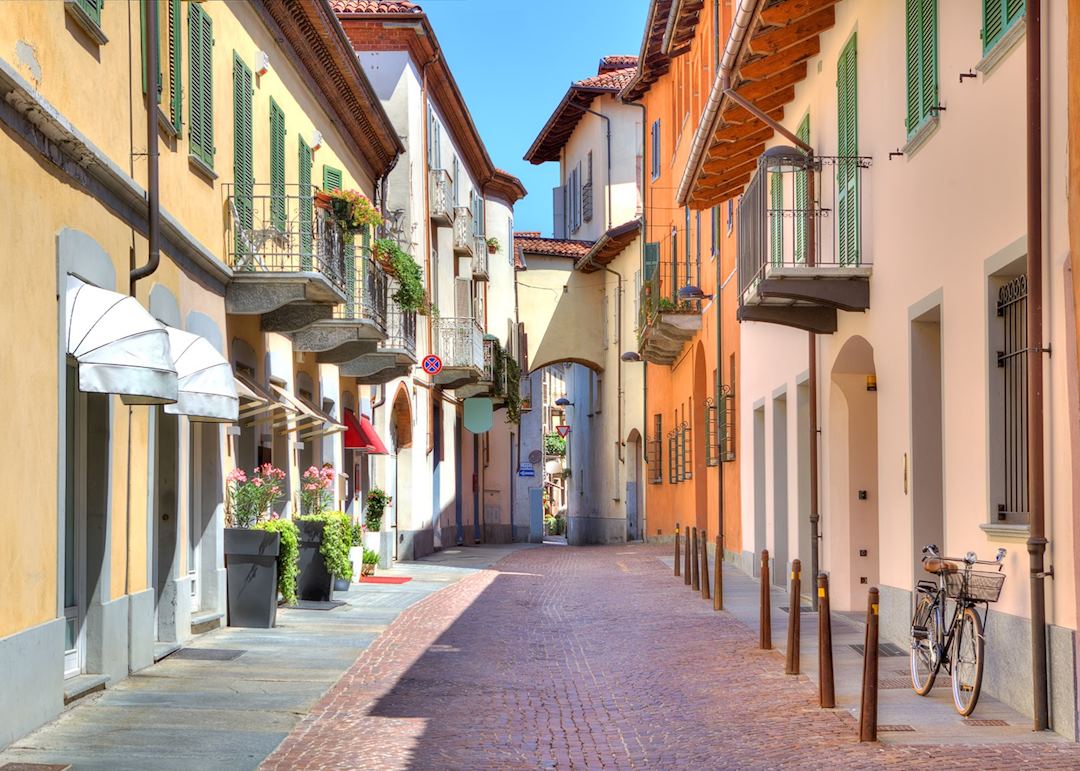 Start planning your trip to Alba