Access is through the town of Thames, only a 90-minute drive from Auckland, where a surprisingly grand town center was built off the wealth derived from the gold rush era but now simply serves the surrounding local farm community. 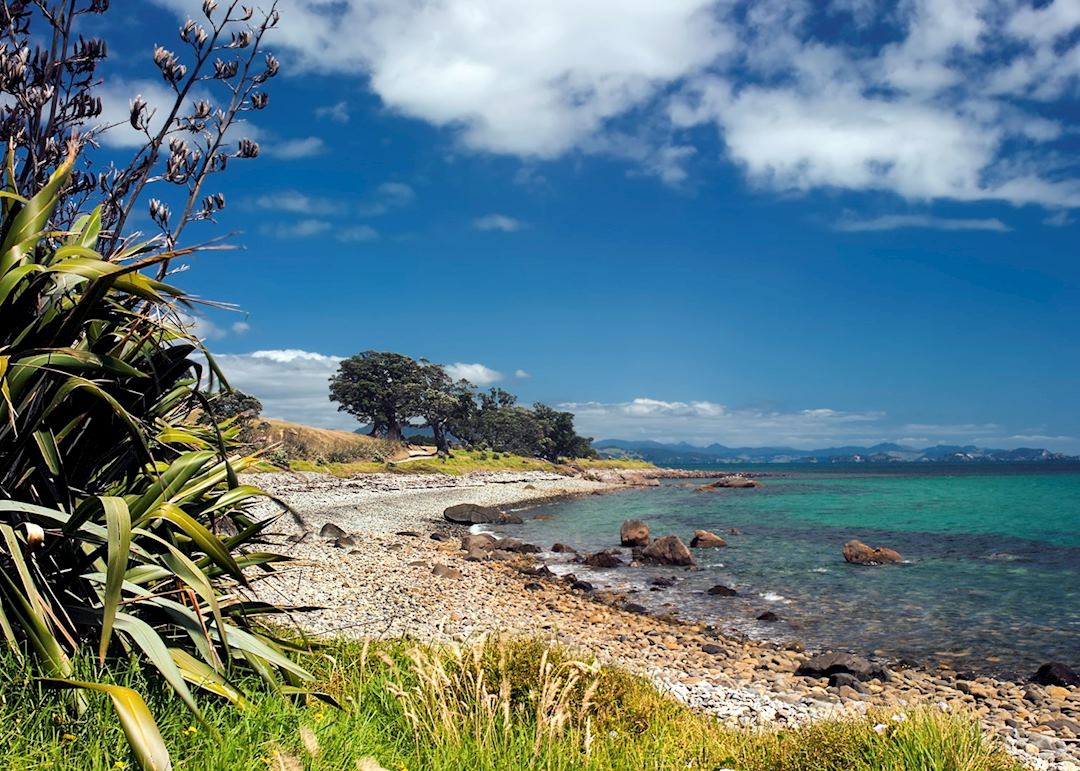