At first glance, Winslow is a listless, tumbleweed-blown railroad town baking under the relentless Southwest desert sun — and, to be blunt, even a second or third glance won’t reward you with much more. A dusty grid of low-rise buildings, Winslow in most people’s experience will involve driving along its main drag, perhaps pulling over for a coffee, or spending the night in its historical La Posada hotel. A vignette of small-town America, it doesn’t hold a candle to the city of Flagstaff, an hour’s drive farther west. But, if you need to break your journey, it does have a couple of noteworthy spots.

Very much a pit stop on a Route 66 road trip, Winslow lost much of its luster when Interstate 40 ousted the Mother Road as the main highway through the town.

Route 66 still runs through Winslow, and nowadays the town’s name mostly chimes in people’s minds thanks to the Eagles’ song Take It Easy. Its lyrics describe the narrator, ‘standin’ on a corner in Winslow, Arizona.’ And, near a crossroads in the heart of the town, you’ll find a commemorative park and plaque and a bronze statue of lead singer Glenn Frey himself, gazing pensively into the middle distance, guitar in hand. A big Route 66 road sign is emblazoned onto the tarmac in the middle of the intersection. 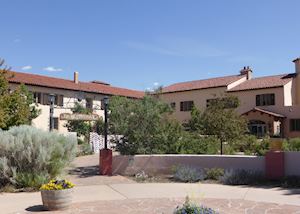 The town’s greatest asset is La Posada, a hotel dating back to the 1930s and the brainchild of architect Mary Colter. She designed it to emulate a grand Spanish hacienda, complete with curlicued wrought-iron balconies.

It was another feather in the cap for the Fred Harvey Company, the Santa Fe Railway corporation that introduced silver service and comfort to railway travel in America toward the end of the 19th century. La Posada stood right by the railroad, and trunks were unloaded directly into the hotel’s lobby, while passengers could disembark and walk straight through the hotel’s doors.

Sold off and almost demolished in the 1960s, La Posada has since been extensively restored. It reopened as one of the Southwest’s finest heritage properties. Today, it boasts an excellent restaurant (the Turquoise Room), an art gallery, and oasis-like formal gardens full of desert plants. You can sit on the hotel’s patio, drink in hand, and watch the freight trains whizz past.

Winslow sits on the borders of a Navajo reservation, surrounded by scrubby desert. Slightly farther afield, things get a little more interesting scenically, with rolling desert badlands and a gaping 50,000-year-old meteor crater — they’re some of the highlights of Route 66. A 170 m (560 ft) gouge in the Earth, the crater has an observation area with a supply of binoculars, and acted as a training ground for the Apollo missions.

A 45-to-50-minute detour east of Winslow lies Petrified Forest National Park. A scorched, stark landscape, it’s celebrated for its ‘painted’ desert badlands: the rocks here are striped with baby pinks, deep russets, creams and yellows. The park gets its name from the fossilized clumps of ancient conifers scattered throughout its terrain.

The weather is much fresher in Winslow in mid-May, and again in September, when the soaring summer heat subsides slightly. The optimum time to drive Route 66 depends on your areas of focus: please speak to your specialist for more details. 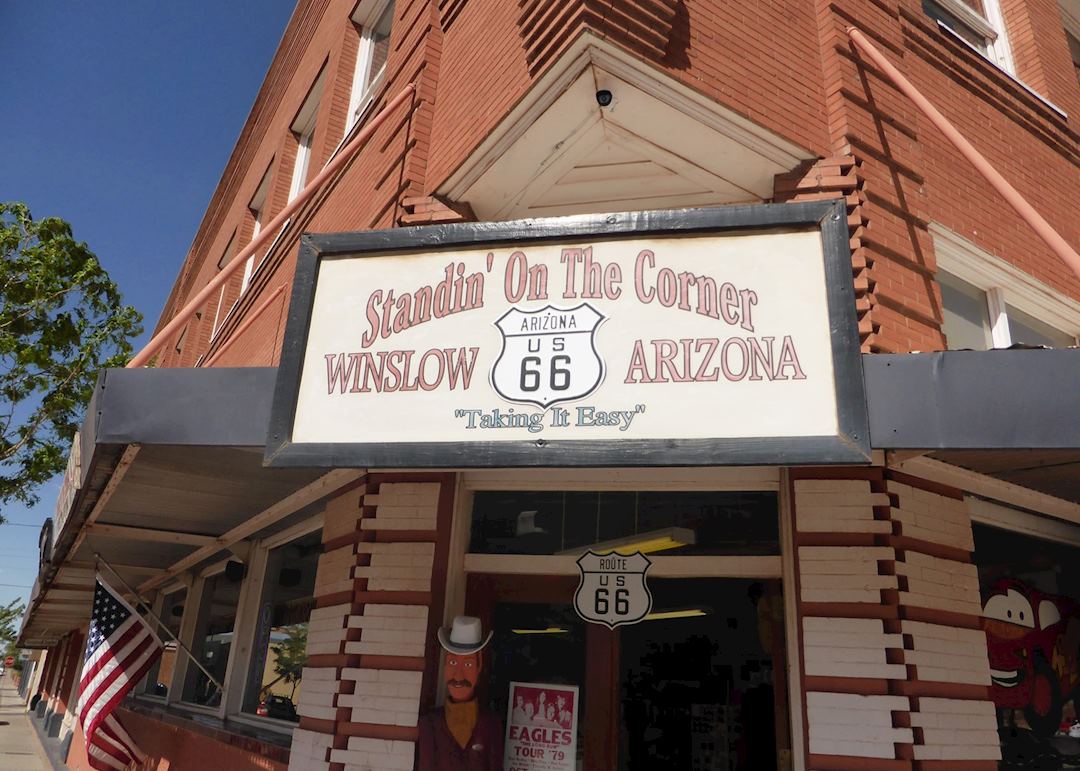 Start planning your trip to Winslow

We’ve selected a range of accommodation options for when you visit Winslow. Our choices usually come recommended for their character, facilities and service or location. Our specialists always aim to suggest properties that match your preferences.