A pretty town with an Alpine feel and a thriving chocolate industry, Bariloche (San Carlos de Bariloche) is a good base for explorations around the Argentinian Lake District.

Set on the shores of the Lago Nahuel Huapi and backed up against Cerro Otto (Otto Hill), this town thrives all year round as visitors flock to the region for sightseeing and sports (including skiing). 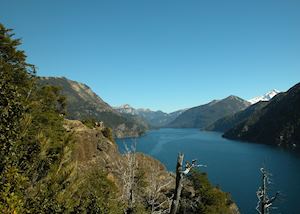 The roots of modern Bariloche come from German settlers who came over from Chile at the turn of the 20th century, once the native population of the area was defeated.

In the 1930s, with the creation of a southern railway link and the bestowing of a National Park title on the region, Bariloche grew. Initially growth was in an ordered Western European style, but more modern times have seen a somewhat haphazard development.

Nevertheless, Bariloche is an interesting town and ideally placed and geared for trips around the region.

Our itineraries will give you suggestions for what is possible when you travel in Bariloche, and they showcase routes we know work particularly well. Treat them as inspiration, because your trip will be created uniquely by one of our specialists.

Our expert guides to exploring Bariloche

Written by our specialists from their own experiences of visiting Bariloche, these guides will help you make the most of your time there. We share both our practical recommendations and the best ways to appreciate Bariloche at its best.

We’ve selected a range of accommodation options for when you visit Bariloche. Our choices usually come recommended for their character, facilities and service or location. Our specialists always aim to suggest properties that match your preferences. 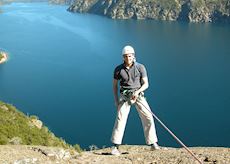