When we think of Egypt, most of us think of the great civilisations of Ancient Egypt and its many achievements. However, the modern state of Egypt also encompasses the ancient homeland of the Nubian civilisation, which at times rivalled the power and sophistication of the Egyptians. Fiona Miller explains a little more about this often overlooked part of Egyptian history.

Responsible for some of the world’s finest historical treasures, the Nubians were renowned for their wealth, sophisticated culture and military might. A nomadic people of northern Sudan and southern Egypt, they developed one of the greatest civilisations in Africa and were much admired and respected by the Ancient Egyptians.

The Nubians are one of the oldest tribes on Earth, and much of Nubian culture and tradition was adopted by the Egyptians. Over the centuries the two civilisations jostled for control of the Nile Valley, and a strong Nubian military presence enabled them to rule for a time over Upper and Lower Egypt during what is known as the Nubian Dynasty (760 to 656 BC). 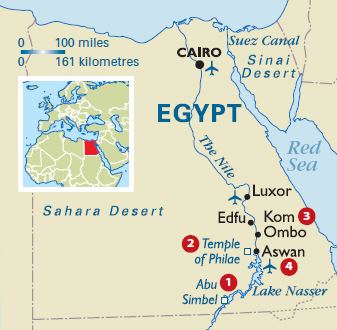 Constructed by Ramses II in about 1244 BC, largely to reinforce his influence and personal cult, the two massive rock temples lie on the bank of Lake Nasser. Visitors can get a sense of his power by admiring the four huge sitting statues of the pharaoh that have become so iconic. The temples were relocated from their original position in 1968 to make way for the Aswan High Dam and Lake Nasser. The entire mountainside which was the temples’ original home was cut into blocks and reassembled 65 metres higher up and 200 metres away from the advancing water. This brick by brick relocation was a massive feat of engineering and one that only enhances your appreciation of this fascinating monument.

Abu Simbel can be visited from Aswan in a half-day excursion by plane, but possibly the best way to experience it is on a Lake Nasser cruise. Enjoying dinner in the evening whilst overlooking the illuminated temple is a truly memorable experience. Stretching roughly 550 kilometres across the border between Egypt and Sudan, Lake Nasser is the world’s third largest reservoir. Many great Nubian monuments and historical sites were drowned and lost forever, despite ambitious rescue operations.

Another temple saved from the floodwaters was the Temple of Philae (2), which was relocated from one island to another. Originally situated on the island of Beghe, it was dismantled and rebuilt on the island of Agilkia 500 metres away. Not far from Aswan and one of the most intricate and beautifully located temples in Egypt, Philae is included in the itinerary of most Nile cruises, or can be visited as an excursion from Aswan. 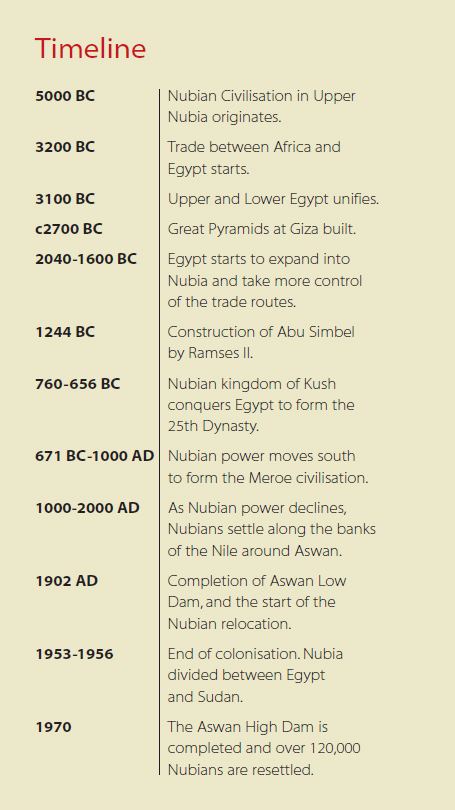