I first visited Antarctica a couple of years ago and I always knew that I’d return: it was never a question of ‘if’, but ‘when’.

Then – coinciding, as it happened, with my 30th birthday – I heard about a special voyage commemorating the centenary of Shackleton’s Imperial Trans-Antarctic Expedition of 1914-1917. 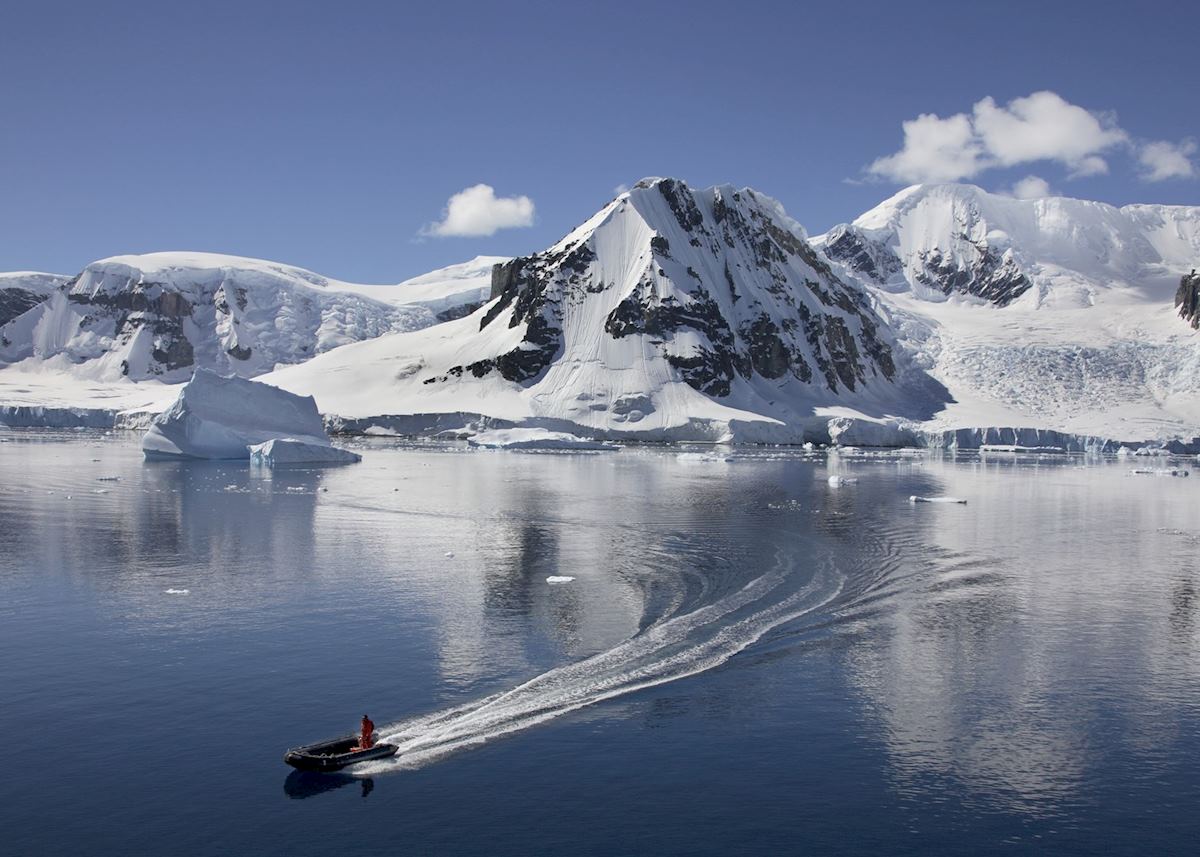 It was a mission that has come to be revered as a feat of fortitude and perseverance, as well as a testament to Shackleton’s leadership. His 55-man team never achieved their objective of crossing the continent, but the Endurance party survived a 15-month ordeal in the most remote and inhospitable conditions imaginable. Sadly their companions in the Ross Sea party were not so fortunate and three men were lost, often forgotten in the rush to celebrate Shackleton’s incredible rescue mission.

Like many of those early polar explorers, I’m drawn back to the ice like a moth to the flame. For these men, the thrill of the unexplored, the challenge of venturing where no man had trespassed, and the chance to win glory for their nation wasn’t tempered by the knowledge that their physical and psychological fortitude would be tested beyond all compare.

Journeying to South Georgia – then vs. now 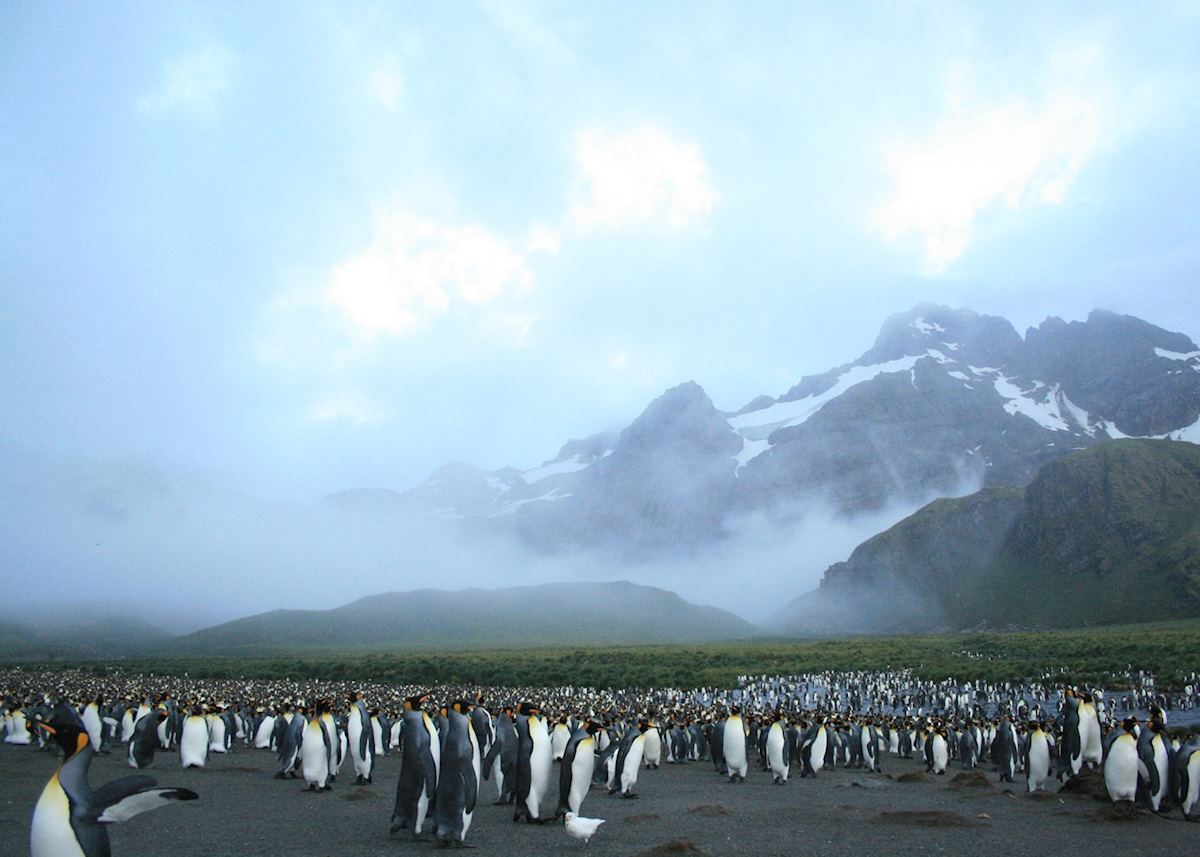 My birthday trip was a 20-day expedition cruise to South Georgia and the Antarctic Peninsula. I wanted to experience their wildlife and landscapes, and to visit some of the sites associated with Shackleton (weather permitting).

I confess that I’m unerringly grateful that it’s now possible to enjoy the cacophony of a penguin’s colony without looking at the birds as a vital source of food and blubber oil – as Shackleton’s men would have done – and to sail the tumultuous southern oceans without fearing that huge waves would render my ship asunder. As I picked my way through the snow in the knowledge that a hot chocolate awaited me back on board, my respect for those early adventurers grew. My mind boggled at how they could have survived at all.

One man who wished to know for himself just how Shackleton had felt was Seb Coultard, the polar historian on board our vessel. 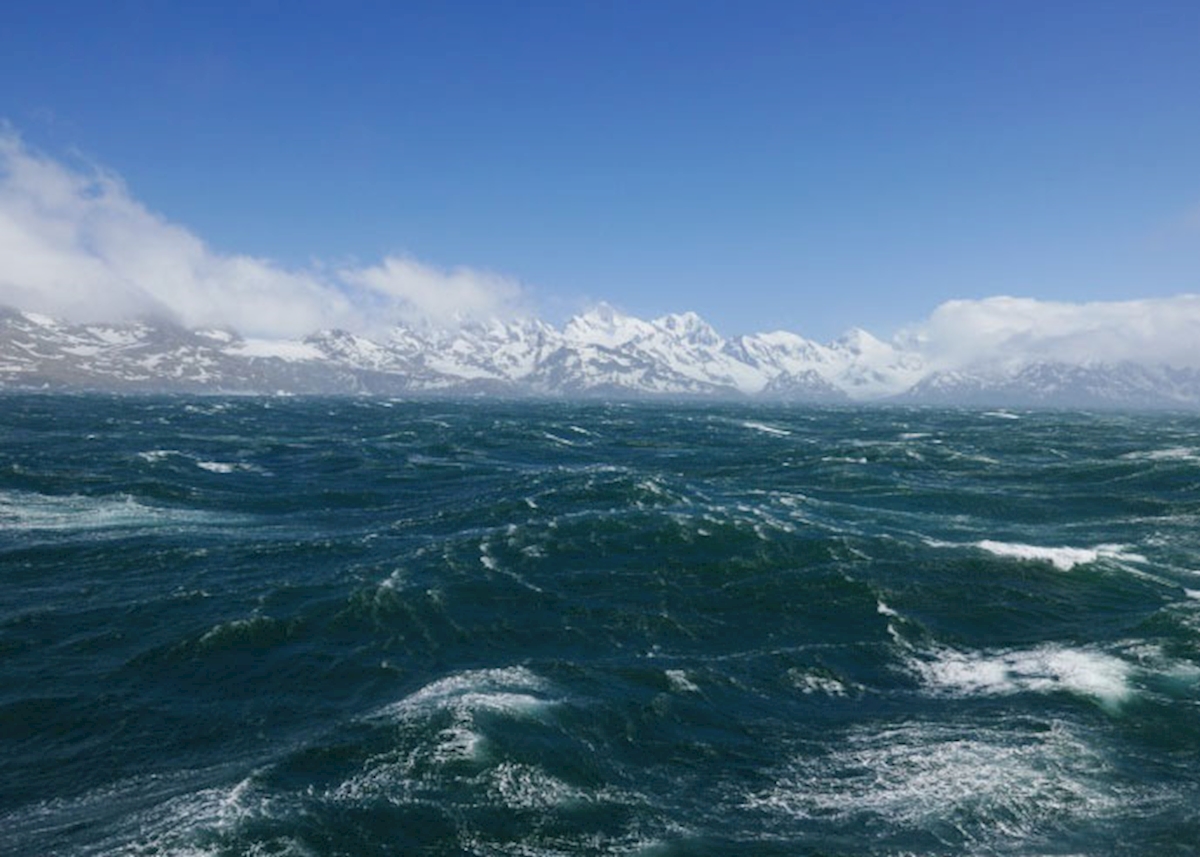 On sabbatical from his position as a helicopter engineer in the Royal Navy, in 2013 Seb was part of a six man team that recreated Shackleton’s infamous crossing from Elephant Island to South Georgia in the tiny James Caird 7 m (23 ft) lifeboat. Seb’s group were determined to complete the crossing in period clothing, using only the same navigational equipment that would have been available to Shackleton.

During our own expedition, he kindly allowed us to have a try at using his sextant to take a sight, though fortunately these days there is an app to quickly translate the reading into a position. As our ship rode the cresting waves that hounded us around South Georgia, he related tales of the constant dousings of icy water that would flood through the open hatch of the lifeboat as they battled with the sails.

The stories of Shackleton’s Imperial Trans-Antarctic Expedition 1914-1917 have been in the forefront of many polar aficionados’ minds as we celebrate its centenary. In fact, Seb was on board my vessel to lead a group of climbers on an attempted recreation of Shackleton’s traverse of the peaks and treacherous crevassed glaciers of South Georgia. 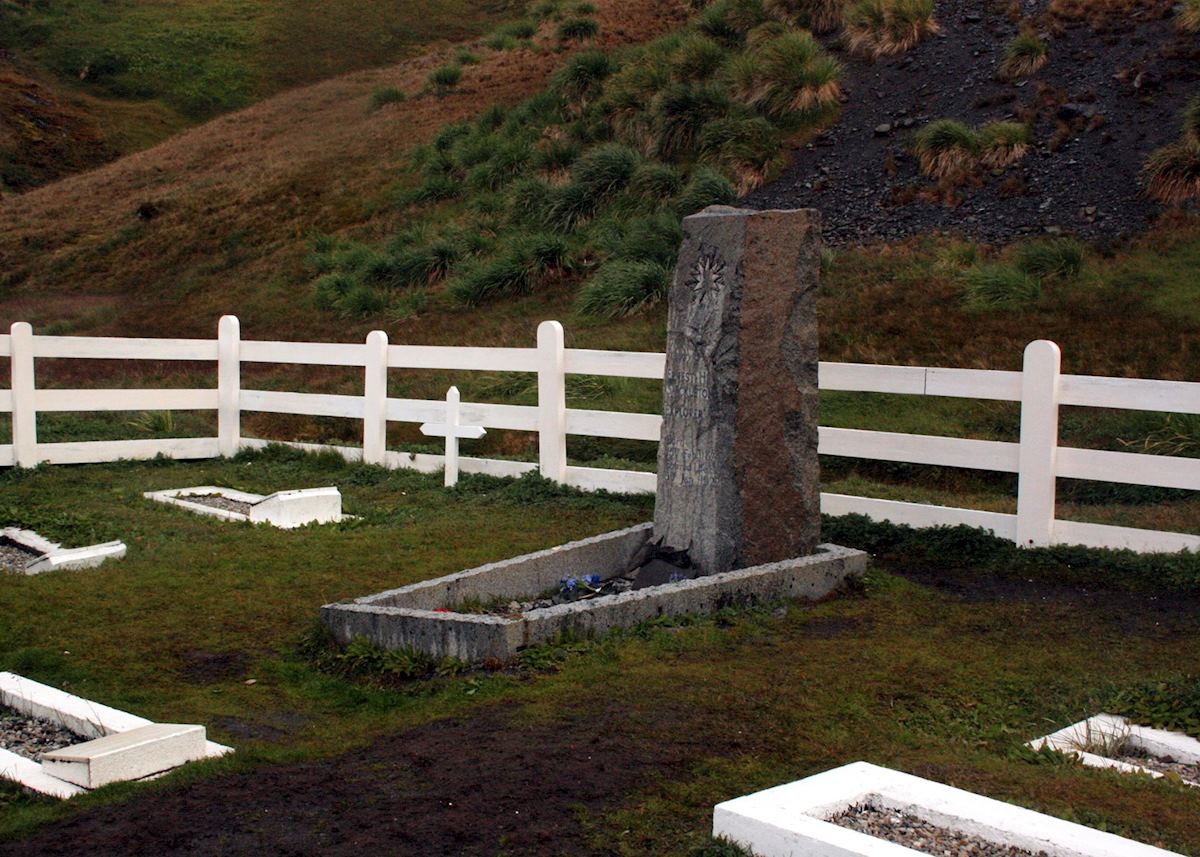 As is so often the case in the Polar regions, the weather had other plans. Unlike Shackleton, the success of Seb's mission wasn’t a matter of life or death and so the decision was made to abandon the crossing.

Instead, at the rustic Norwegian whalers’ church at South Georgia’s former whaling station of Grytviken, we all celebrated the extraordinary perseverance of Shackleton and his men before taking the customary swig of whisky in salute to ‘The Boss’ at his grave.

After raising a glass, as I strolled through the rusting machinery and huge oil tanks of this once industrious whaling station, a lone king penguin waddled up from the shore, pausing to contemplate the incongruous diggers (the South Georgia Heritage Trust is hard at work conserving the site).

I couldn’t help but reflect on how serene the place was, knowing that a hundred years ago the whalers working here could process a whole whale in just 20 minutes, and the now sparkling bay was once cluttered with skrotts (rotting whale carcasses).

The last whaling station in South Georgia ceased operations in 1965. The island is now home only to a few hardy souls who man the Trust’s museum and post office, and conduct scientific investigations based at King Edward Point. 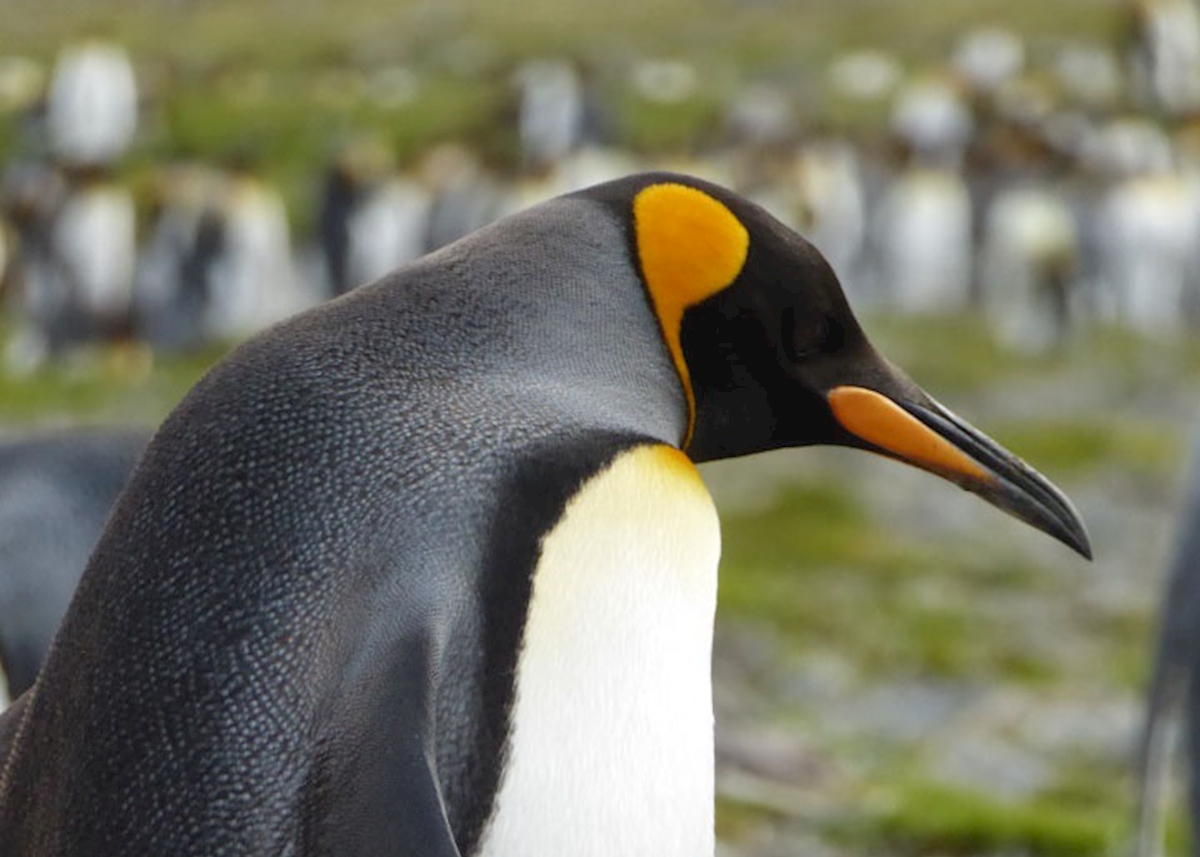 For many of us on board, it wasn’t just the Shackleton link that drew us to South Georgia. On this far-flung island, hundreds of thousands of king penguins come to form vast colonies. As the waves thrash the shoreline, penguins shoot gracefully onto the beach and begin their solemn march inland to their fluffy brown chicks. Away from the incurably curious and hungry chicks, non-breeding birds stand irritably in cooling puddles as they shed their feathers, ushering in a glistening new coat.

I found a quiet patch to watch the constant comings and goings of harassed parents. The chicks’ down ruffled in the wind that came rushing down the glaciers. Overhead, petrels and skuas patrolled the skies, looking out for scavenging opportunities. Later, I stumbled on the carcass of a freshly born fur seal pup providing rich pickings for a fractious crowd of birds, a vividly scarlet reminder of the fragility of life in these harsh conditions. 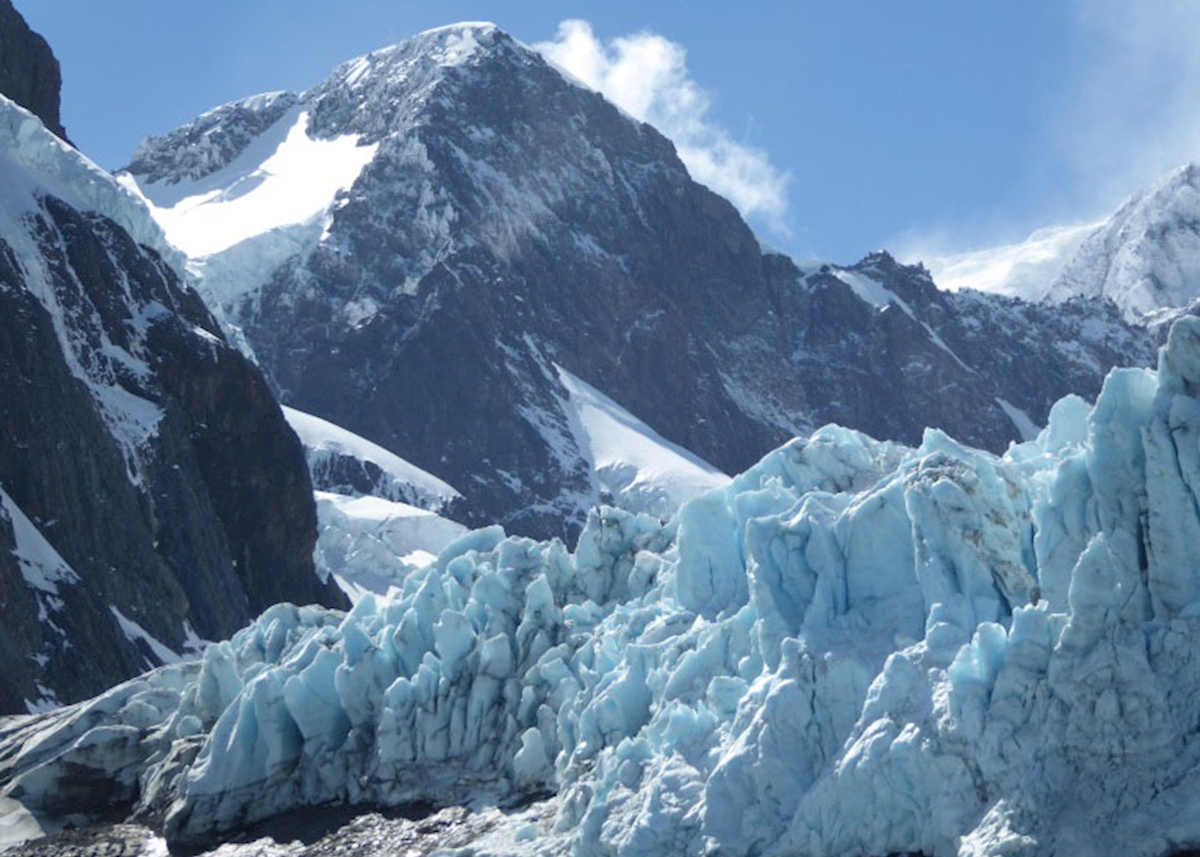 During our time in South Georgia the island threw the full gamut of weather at us, from driving rain as we stumbled across the rocky streams that led to the Shackleton Falls, to icy katabatic winds tearing at exposed skin. Fog would roll in at a moment’s notice.

It was fitting that on our very last afternoon we sought shelter in the little-visited Drygalski Fjord. As we sailed into it, the wind dropped and the skies cleared. The sun beat down onto snow-capped peaks and the glaciers sloping down the mountains glowed an unearthly milky blue. We sat on deck contentedly, glasses of wine in hand, and wryly thought of the Shackleton family motto: By endurance we conquer.

Plan your trip to Antarctica 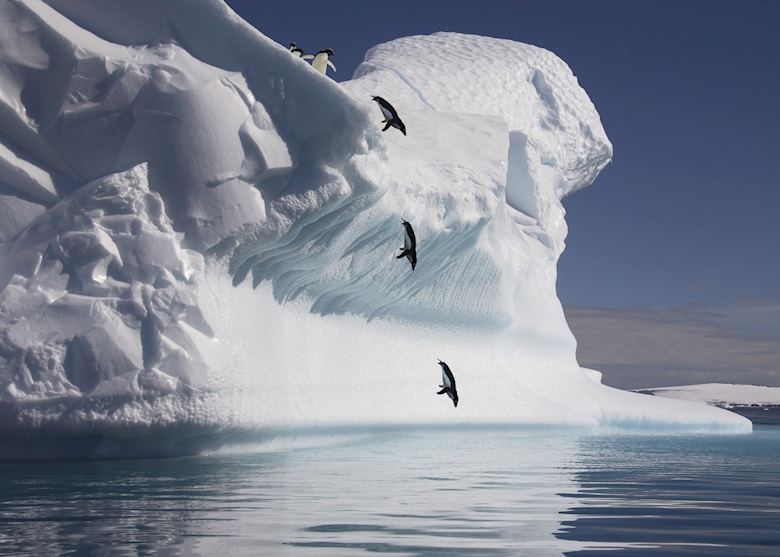 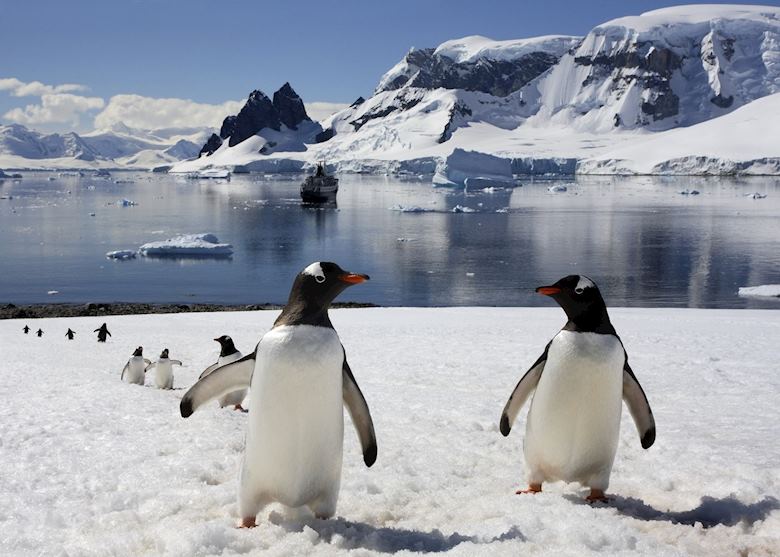 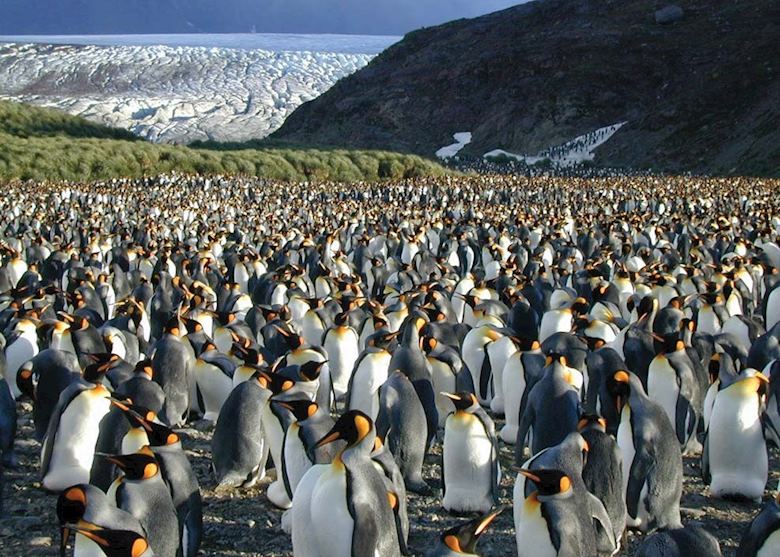 Antarctica, South Georgia and the Falklands

A typical polar day Choosing your polar cruise
Get in touch