The Middle East and Egypt in particular has always been a magnet for travelers and its fascinating history and culture has provided inspiration to numerous authors who have traveled here, with the 'murder mystery' genre a particular favorite. 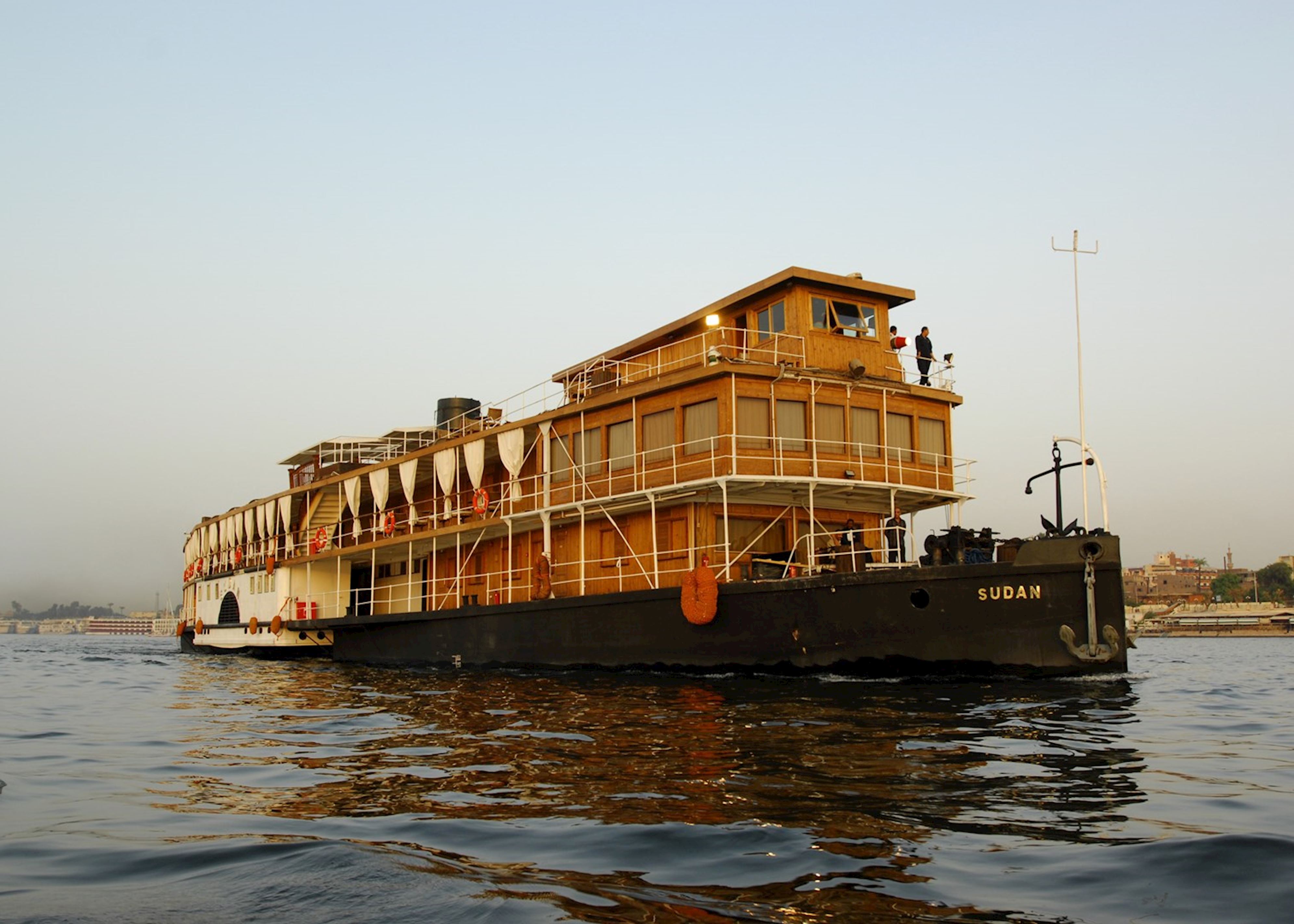 In the middle of the 20th century it was sidelined by the trend toward large, characterless Nile cruisers — hotels on water — and she was derelict until 2000, when two Frenchmen decided to restore her to her former glory.

The 1978 screen version of Death on the Nile introduced one new character: the Old Cataract Hotel. This is actually closed at the moment for a major refurbishment, something some would argue has been overdue since Agatha Christie's first visit. When it opens again in 2010, it’ll bring that fin de siècle charm back to Aswan and reclaim its place as one of the best hotels in Egypt — and in one of the best settings.

What most people don’t realize about Agatha Christie is just how much time she spent in the Middle East. This was largely thanks to two men. One was her first husband: when he went off with another woman, she took it very hard. Eventually she took the decision to go to Damascus by train — spending part of the journey on the Orient Express which inspired Murder on the Orient Express — and then continued to Baghdad by bus.

Agatha Christie wasn’t the only author to set novels on the Nile — in fact in some regards she jumped on a bandwagon that had been rolling for some time. Back at the end of the 19th century, Sir Arthur Conan Doyle had penned The Tragedy of the Korosko. It relates the tribulations of a group of passengers on a “turtle-bottomed, round-bowed, stern-wheeler” captured by bandits.

A Lake Nasser cruise showcases the wonderful scenery described in the novel, the “…black and sun-cracked hills, with…orange drift-sand lying like glaciers in their valleys. Everywhere one sees traces of vanished races and submerged civilizations”. This is doubly poignant since the construction of the Aswan Dam caused this valley to be flooded and UNESCO came in to rescue so many of the monuments — including Abu Simbel — and move them to safety on the shores.