Read about Ian Archer's adventures when he traveled with Audley on a camel trek into Oman's Empty Quarter.

It was wonderful to take in the changing landscape at Soraan's (my camel) sedate pace.

Alex at Audley produced an exciting itinerary involving travelling into Oman’s Empty Quarter, (Rub' al Khali) by camel, backed by a logistics team that had recently worked on the James Cracknell and Ben Fogle BBC documentary. 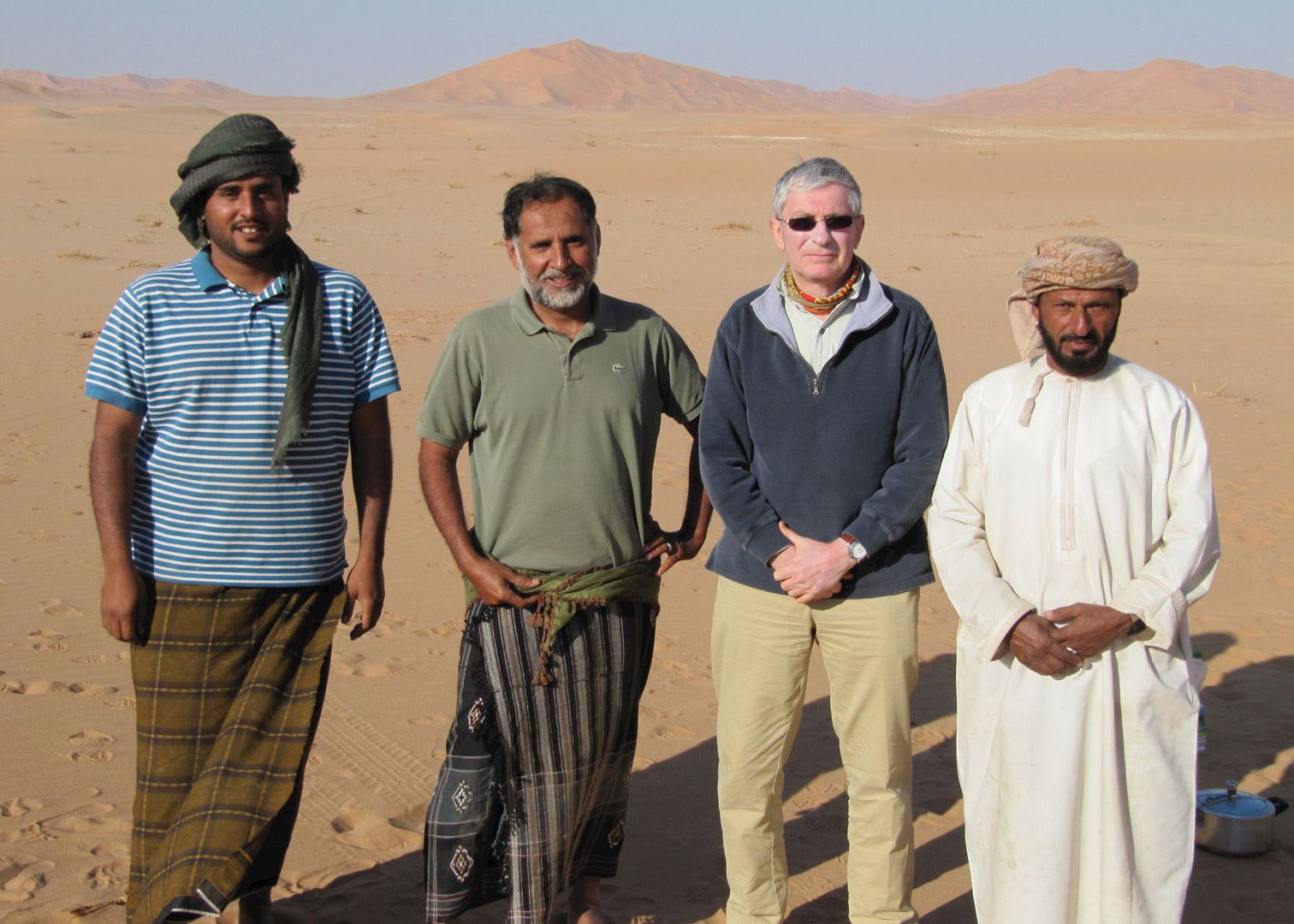 Setting out in a 4x4 from Salalah in the south of the country we passed through Wadi Dawkah, (the 'Land of Frankincense Trees'), through Wadi Hanoon where we were lucky enough to spot gazelle, now protected from hunters, before continuing on a small dirt road into the desert. This eventually began to turn a more golden color with small sand dunes stretching away toward other larger ones occupying the whole northern horizon. We drove on, winding our way around the larger dunes, until eventually stopping with sand all around us in every direction — we were at last in the Empty Quarter!

It was wonderful to take in the changing landscape at Soraan's (my camel) sedate pace. Perched atop of him, meandering between the larger dunes and crossing up and over the smaller ones, I marveled at the way the changing light caused the yellows and golds of the sand to shift as the shadows changed, particularly emphasized when the odd cloud blew through between the sun and earth on the ever-present desert breeze. 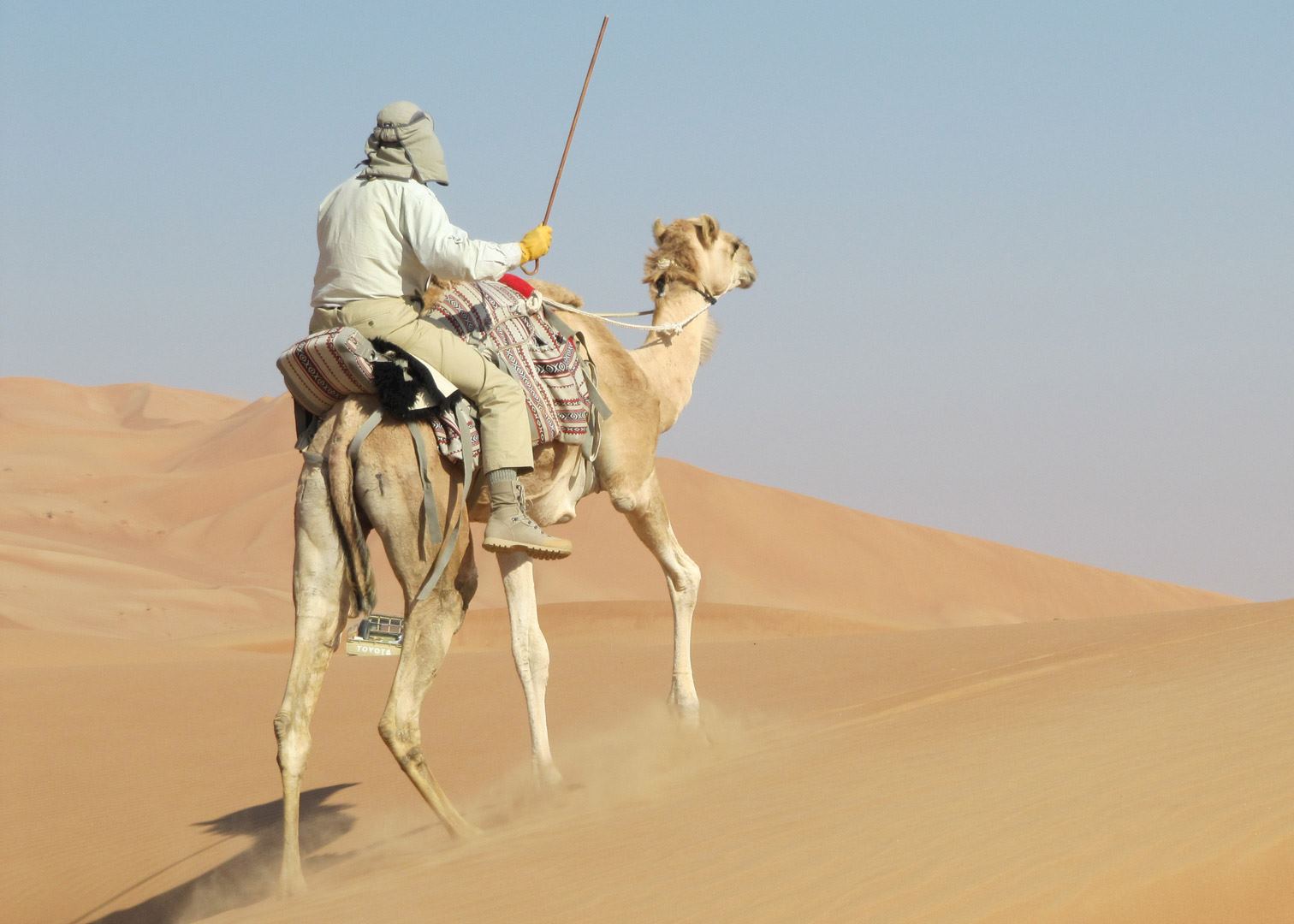 This was living — away from all the hustle and bustle of the modern-day Western world — and one couldn't help but be moved by the peace and quiet. All too soon I saw my camel driver Massallem parked up ahead in a sheltered spot, and my guide Mohammed ran up to say that this was where we would camp for the night.

As darkness fell, the head torches came out and I grabbed a fleece as the temperature dropped. While awaiting the meal we sipped hot sweet tea and conversation reverted to the afternoon's events.

Later, looking up into a clear, bright starlit sky with a nearly full moon, I reflected on what had been a long, full and varied day. I was soon asleep. Several times during the night I awoke briefly and it was wonderful to experience the total quiet afforded, save for Soraan's steady chomping as he 'chewed the cud'. Not only was there little background noise pollution, the lack of light pollution and clear sky continued to yield a brilliant starlit panorama, constantly changing as the constellations moved across the heavens.