Isolated by the Hajar Mountains from the coast and the outside influences brought to the coastal cities through trade and conquest, Nizwa developed as a bastion of conservatism.

A thorn in the side of many who tried to unify and rule the country, the town is dominated by its principal form of defence, the massive Nizwa fort, a circular structure some 35 metres high and with a diameter of 46 metres.

The narrow, winding staircase to the fighting platform is protected at numerous intervals by slots in the roof, through which boiling date syrup could be poured on would-be attackers. All these factors combined to render the fort practically unassailable.

Under the shadow of the fort is Nizwa souq, an ancient market now housed in a modern arcade built exactingly to traditional design. As well as jewellery, muskets and khunjars (traditional curved knives worn by men) there is a wonderful Friday auction.

Locals come to parade their livestock for sale to the highest bidder in a lively swirl of elegant white-clothed men and black-coated women with colourful headdresses - and some anxious cows and goats!

North of Nizwa is Jabreen, arguably the best fort to visit in the country. It has been superbly well restored and stocked with period artefacts to give a good idea what life must have been like for the original inhabitants.

Its prize attractions are the painted ceilings, which are some of the best executed examples of this decorative art in Oman. South of Nizwa is Bahla, a massive fort and defensive complex around a palm plantation.

A UNESCO World Heritage Site, its vast earthen brick walls tower 50m above the surrounding village, and because it has never undergone major restoration it tells us a lot about ancient building techniques.

Bahla is still famous for the quality of its pottery and there are places to buy some if you wish.

Our itineraries will give you suggestions for what is possible when you travel in Nizwa, and they showcase routes we know work particularly well. Treat them as inspiration, because your trip will be created uniquely by one of our specialists. 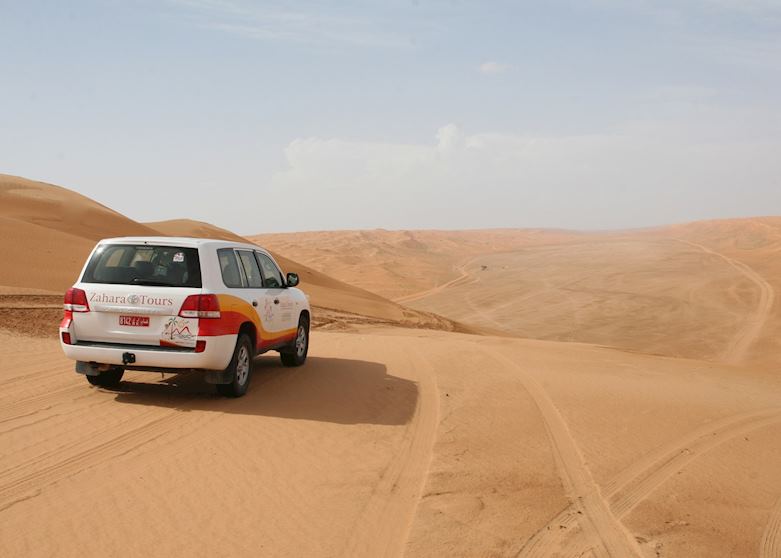 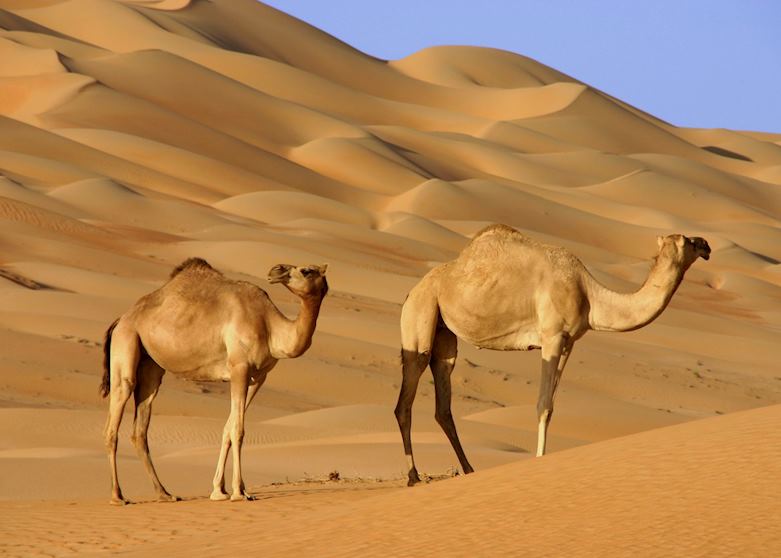 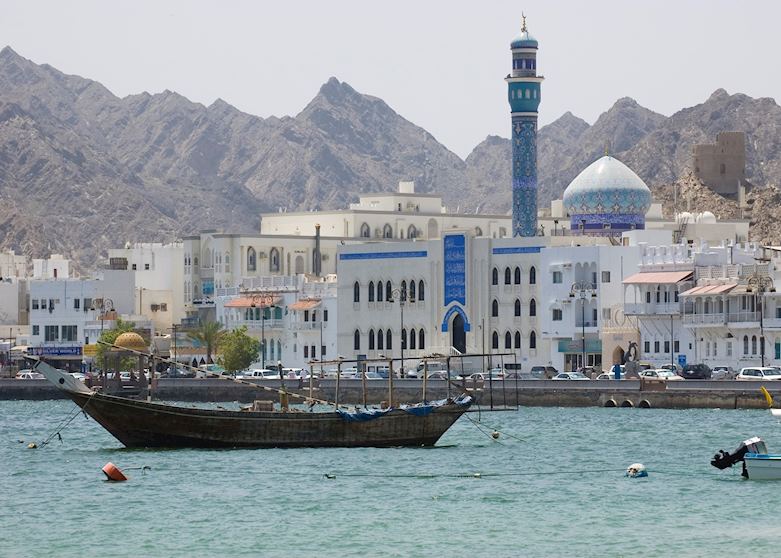 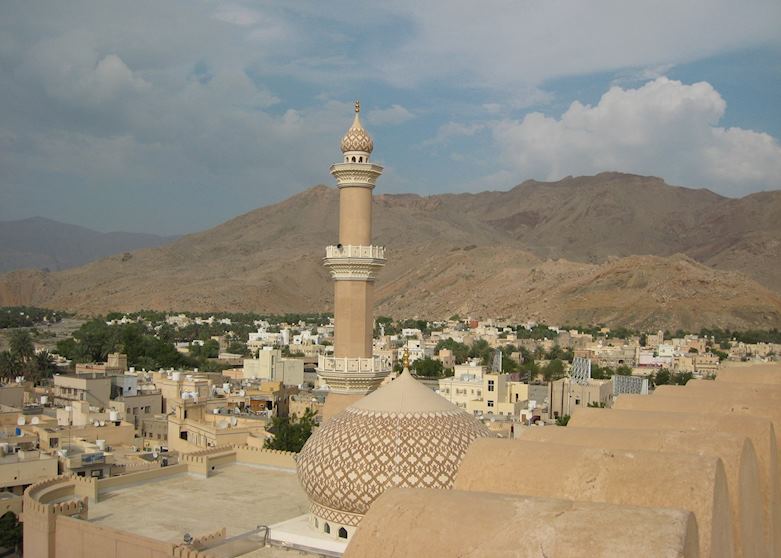 We’ve selected a range of accommodation options for when you visit Nizwa. Our choices usually come recommended for their character, facilities and service or location. Our specialists always aim to suggest properties that match your preferences. 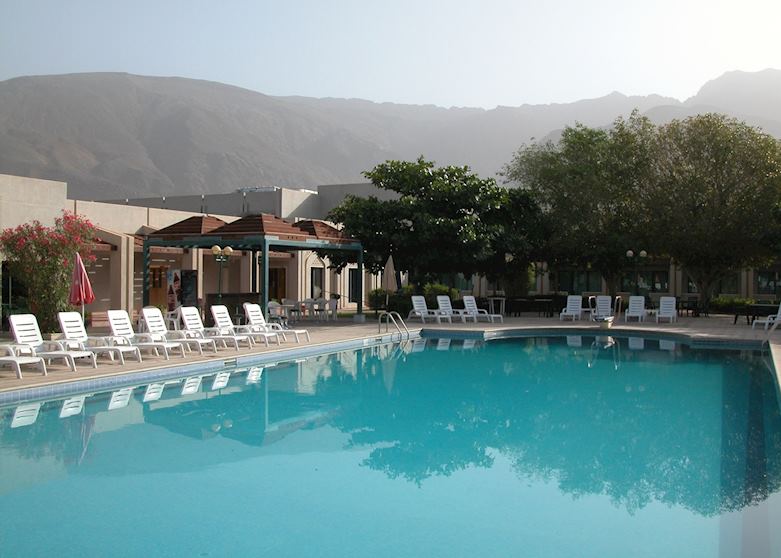 A few miles from Nizwa, the Golden Tulip hotel is set amidst the rugged Hajar Mountains and is a good base for exploring Oman's interiors. 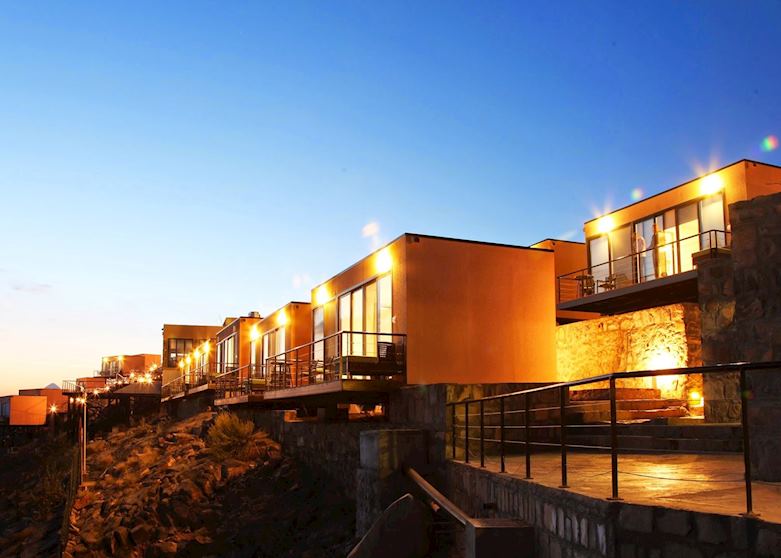 Situated on a ridge high above the town of Al Hamra, the View offers a comfortable and altogether different experience to most other options in the area. 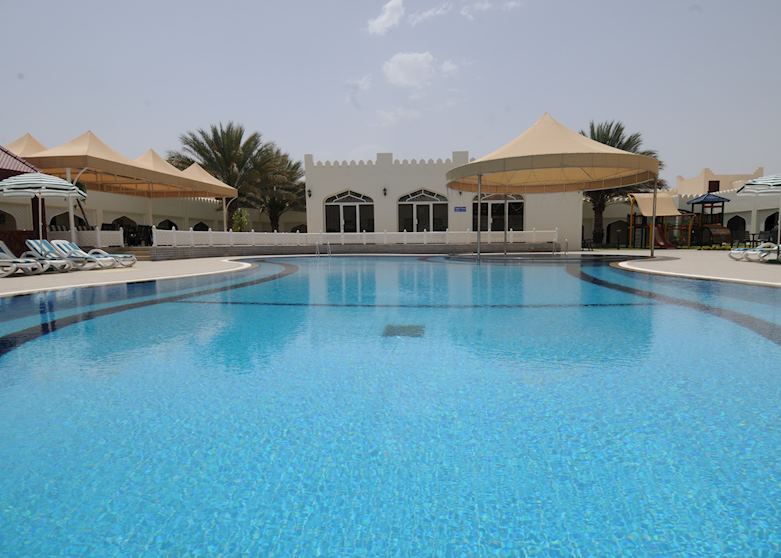 The Falaj Daris offers simple but comfortable accommodation and is an ideal base for sightseeing in Nizwa.

Our specialists seek out authentic ways to get to know the places that could feature in your trip. These activities reflect some of the experiences they've most enjoyed while visiting Nizwa, and which use the best local guides. 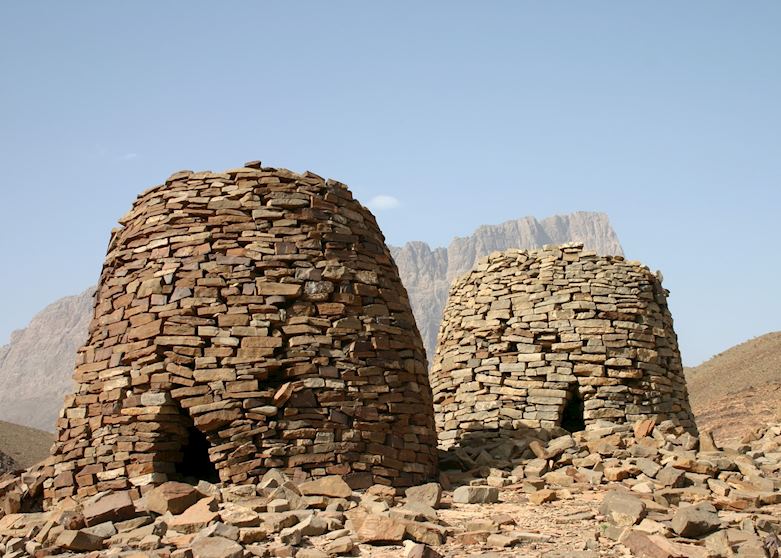 This tour takes in the best sights of the interior of the country: the town of Nizwa, the fort of Jabreen, the mountain villages of Misfah and Al Hamra and the spectacular Wadi Nakheer cutting deep into Jebel Shams, the highest mountain in Oman.